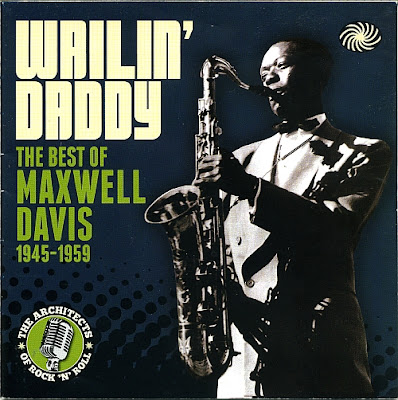 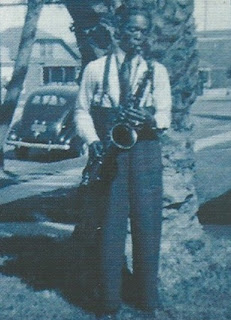 Davis was born in Independence, Kansas. By the age of twelve he was practicing hard on the saxophone having already tried the violin and piano. A few years later he had formed his own group and at the age of seventeen earned a berth in the territory band of Gene Coy. In 1937, he moved to Los Angeles, California, playing saxophone in the Fletcher Henderson orchestra. After some years playing swing and jazz, he became more involved in the West Coast R&B scene in the mid-1940s,becoming a regular session musician and arranger for the fast-growing independent record labels such as Aladdin. 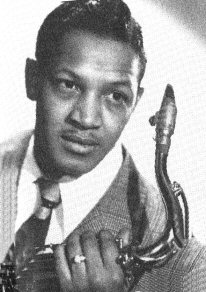 He also played with Norman Granz’s Jazz At The Philharmonic in 1944  and Ray Anthony’s big band. He also recorded with the Jay McShann band, featuring the blues shouter Jimmy Witherspoon. In 1954, he left Aladdin and joined the Bihari brothers at Modern Records (and its subsidiaries RPM, Crown and Kent). Among the artists he worked with were Etta James, B.B. King, Richard Berry, Marvin & Johnny, The Teen Queens, Johnny “Guitar” Watson and Jesse Belvin. 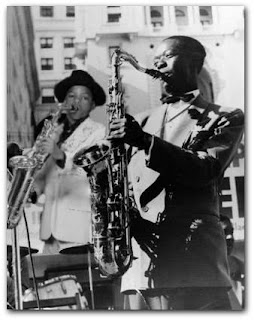 As the Biharis' main band leader, Davis directed a string of albums for Crown Records in the late 50s. These featured his arrangements of music associated with several noted big band leaders. The bands assembled for these dates included the cream of studio players together with musicians who had played in the bands concerned. In contrast with his R&B, blues and jazz work, Davis also played in film studio orchestras.

Although his success rate started to diminish thereafter, he became regarded as an elder statesman and as "the father of West Coast R&B". 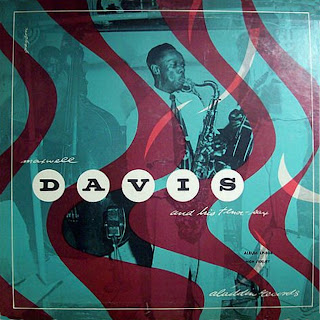 Often overlooked, Davis was one of many unsung musicians whose work was much respected by his peers while passing unnoticed by the fans. "Maxwell Davis is an unsung hero of early rhythm and blues," noted the songwriter and producer Mike Stoller. "He produced, in effect, all of the record sessions for Aladdin records, Modern records, all the local independent rhythm and blues companies in the early 1950s, late 1940s in Los Angeles."

In the late sixties Maxwell was working on Modern’s re-activated Kent label, producing blues hits by Lowell Fulson, Z.Z. Hill and B.B. King. He recorded a final song with singer Jackie Day and was still working when he died of a heart attack in Los Angeles, California, on September 18, 1970.

A big thank you goes to Denis who suggested today’s birthday musician and also for the loan of the above 3CD set.

This mid price set covers his career from 1945 to 1959. CD1 (subtitled “Bluesville: The Best of Maxwell’s Singles) is a collection of recordings Maxwell made under his own name. Included are some of the poppy instrumentals he recorded at Aladdin in the 1950s.plus the harder hitting instrumentals he cut for Modern and RPM.. There’s also a whole bunch of mid to late 1940s jump blues cuts from the likes of Black & White, 4Star, Swing Beat and Modern many of which have probably never been compiled on CD or vinyl.

The remaining two CDs follow Maxwell’s career as a producer / arranger through the 1940s and 1950s, being titled “Swingin’ An Echo: Blowin’ Through The ‘40s” and “Blow, Man, Blow: Rockin’ Through The ‘50s” on which Davis appears as accompanist, be it band member, session player or band leader…but always contributing an exciting tenor sax solo or two!

The labels with which Davis was associated represent a stunning role call of the major players in Post war R&B: legendary indies such as Aladdin/Philo, Modern/RPM, Imperial/Colony, King/Federal, Exclusive/Excelsior, Specialty, Down Beat/Swing Time and Black & White, as well as major labels like Capitol, Decca/Brunswick, Mercury and RCA Victor, and smaller operations like Supreme, Pacific, Miltone and Chesterfield.

Your blog and my cup runneth over. Thank you.

thank you very much