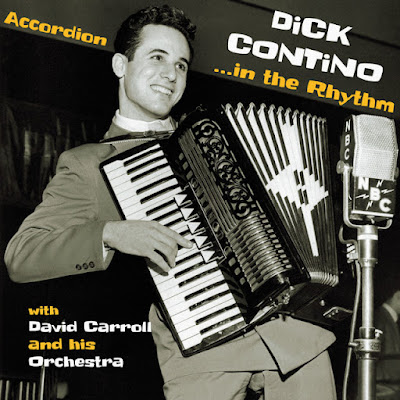 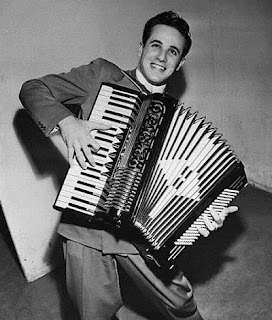 Contino was born in Fresno, California. He was the son of Mr. and Mrs. Peter Contino, and he attended Fresno High School. He studied accordion primarily with San Francisco-based Angelo Cognazzo, and occasionally with Los Angeles-based Guido Deiro. At the age of about 6 or 7 years old he exhibited great virtuosity on the instrument. Although he graduated from Fresno High School in 1947 and enrolled at Fresno State College, he was unable to concentrate on his studies. Contino explained, "I enjoyed college, but while attending classes I kept thinking that if I was going to be a success, it would be my music that would take me there.” 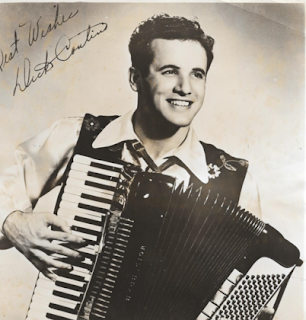 Contino got his big break on December 7, 1947, when he played "Lady of Spain" (his signature piece) and won first place in the Horace Heidt/Philip Morris talent contest in Fresno which was broadcast on national radio. Contino also won first place in subsequent competitions in Los Angeles, Omaha, Des Moines, Youngstown, Cleveland, Pittsburgh, Harrisburg, and New York City. He won first place in the final round on December 12, 1948 in Washington, D.C. Eddie Fisher had much better success with the song in 1952. Contino's song "Yours" was his first hit single. The song reached #27 on the U.S. pop charts in 1954. His second and only other hit single was "Pledge My Love." It reached #42 on the U.S. pop charts in 1957. 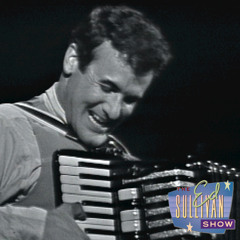 Contino toured with the Horace Heidt Orchestra and was billed as the "world's greatest accordion player." He appeared on The Ed Sullivan Show a record 48 times. He reported earnings of four thousand dollars per week, an enormous sum for a musician, just before his career was interrupted by military service. He was drafted during the Korean War. He fled from pre-induction barracks at Fort Ord due to extreme, unpublicized phobias and neuroses. In 1951, he was sentenced to serve six months at McNeil Island Corrections Center. He later served in the army, and was honourably discharged with the rank of staff sergeant. 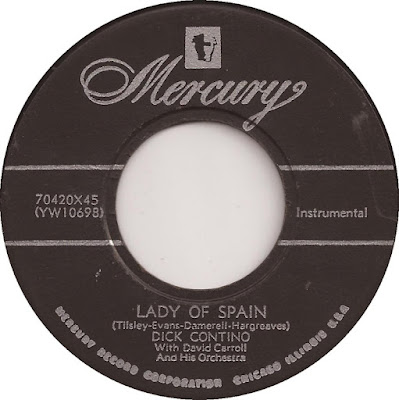 Although he received a presidential pardon, the scandal dealt Contino's career a serious blow. He continued to perform, and acted in a few movies in the 1950s which included Daddy-O (1958), Girls Town (1959) and The Beat Generation (1959). Contino lost his movie and recording contracts with Paramount and RCA Victor, and although he was picked up by Mercury within a year or so, his movie career was practically over. 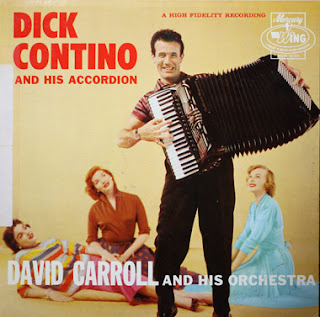 Continuo’s records don't show quite the same sense of adventure as his life. The best are his Mercury albums, most of them made with David Carroll, and of these, the best are the trio of "holiday" albums. Hawaiian Holiday, in particular, is worth looking for just for that special space age pop thrill of hearing "Quiet Village" on the accordion. 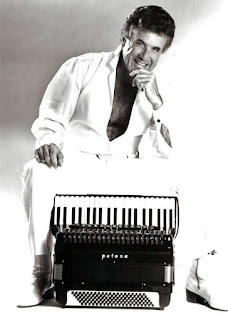 Contino's acting became known to a new generation in 1991, when Daddy-O, in which he starred as a faddishly-dressed beat rebel and singer, was shown on a third- season episode of Mystery Science Theater 3000. The show also riffed Girls Town, in which Contino appeared with other musical performers, such as Paul Anka and The Platters. He continued to perform regularly throughout the United States, from Las Vegas to Atlantic City and headlined many fairs and festivals. His repertoire was eclectic, ranging from Italian songs such as "Come Back to Sorrento" and "Arrivederci Roma" to standards like "Lady of Spain" and "Swinging on a Star". 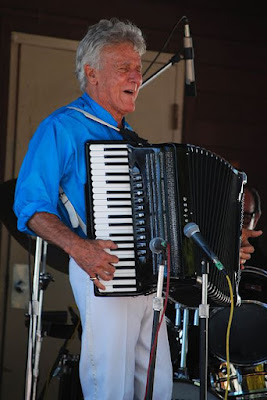 Contino lived in Las Vegas from 1975 to 2015. Contino remained hearty well into his 80s and although he suffered from a broken hip in 2013, he bounced back playing through most of the following year including an appearance at an accordion convention. After playing Las Vegas for years at bygone hotels such as the El Rancho Vegas, an offer of steady work in the Tropicana lounge motivated Contino to move to Fresno, buying a house near the Boulevard Mall from Las Vegas bandleader Vido Musso,

Contino married the actress Leigh Snowden in 1956, and they had 5 children, and they remained together until she died from cancer in 1982. Son Pete Contino has enjoyed a successful career in his own right as an accordionist and singer.

For “Dick Contino - Accordion in the Rhythm” go here: