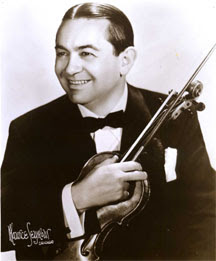 Jan Garber (born Jacob Charles Garber, November 5, 1894 – October 5, 1977) was an American jazz bandleader. Billed as "the Idol of the Airlanes," Jan Garber led a big band in the 1930s that was the epitome of "sweet" music. His reed section's quavering saxophones were the band's trademark. 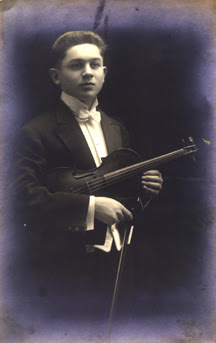 Garber was born in Indianapolis, Indiana. Garber moved with his family to Louisville, Kentucky, when he was three months old, and lived there until he was 13. The family then moved to a small town near Philadelphia. He was the tenth of 12 children.

Garber went to the University of North Carolina, and shortly after World War I he played violin in the Philadelphia Symphony Orchestra. In 1921 with pianist Milton Davis, he co-founded the Garber-Davis Orchestra. Chelsea Quealey and Harry Goldfield (who would eventually join Paul Whiteman) were the orchestra's trumpeters. 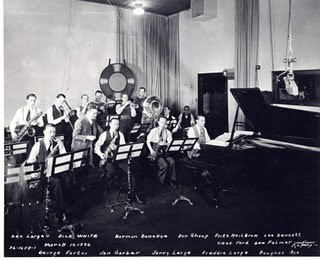 In 1924 Garber and Davis split up and during the 1924-1930 period the Jan Garber Orchestra played dance music and some hot jazz. Prominent in this emergence were the imaginative musical arrangements of pianist Doug Roe; the singing of Nebraska native Lee Bennett; and a series of comic skits, special shows and mini-concerts during each dance. Garber married Dorothy Comegys on December 18, 1926. They had one daughter Janis who would later became a singer with the band. 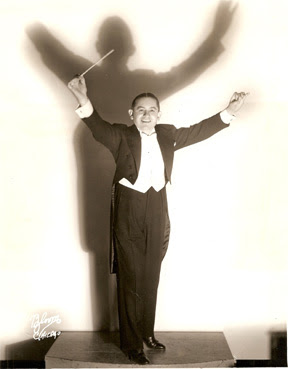 With the rise of the Depression, Garber's ensemble was struggling but his greatest popularity surfaced in early 1933, shortly after he took over leadership of the 'Little Freddie Large Orchestra' from Canada. With Freddie's unique lead alto saxophone captivating radio listeners from Cincinnati to Catalina Island, the Garber Band - with a sound like Lombardo but lots peppier - became an overnight sensation at Chicago's famed Trianon Ballroom. A year later, it was solidly entrenched among the most popular dance groups in the entire country. The band's theme song was "My Dear", composed by Garber in conjunction with Freddie Large. 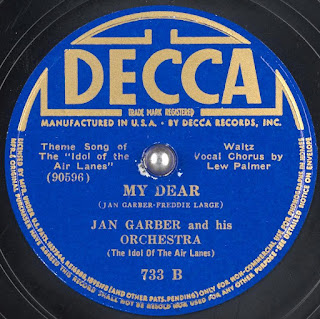 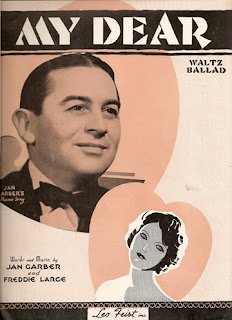 During these years, Jan Garber was to become increasingly well known as 'The Idol of The Air Lanes.' This was an informal title bestowed by announcer Pierre Andre during one of the band's countless broadcasts on Chicago's WGN Radio.

In 1942 Jan Garber surprised his fans by switching gears and reorganizing his orchestra into a swing band; he was apparently persuaded by his 12-year old daughter!  Gray Rains' arrangements transformed the orchestra's sound and Liz Tilton took pleasing vocals, but the recording ban of 1942-1944 kept the big band from recording much, and by 1945 Garber had returned to his former sweet sound. Over his 55 years in the business Garber recorded over 1000 records. 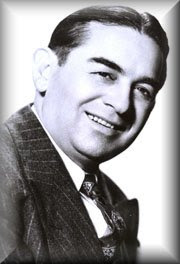 In addition to superior musicians, Jan was blessed with a series of excellent vocalists from the mid-1940s onward. Tommy Traynor and Tim Reardon were early names in the post-war Garber Band, together with Alan Copeland and his 'TwinTones' singing group. Also emerging from the late 1940s were Bob Grabeau; Roy Cordell (called "the best of them all" by Jan's widow, Dorothy); Larry Dean; Julio Maro; and Marv Nielsen. Prominent among Jan's post-war female vocalists were Thelma Gracen, Julie Vernon and Janis Garber (who was billed for a time as 'Kitty Thomas').

During the 1950s, Garber’s group appeared regularly in Las Vegas and played the Southern horse show circuit. They continued to record actively through the 1960s. Garber continued working on at least a part-time basis into the mid-'70s, performing music that pleased dancers. His last show was in Houston after which his daughter Janis led the band until 1973 when it disbanded. It was later reformed and currently is  led by Howard Schneider. 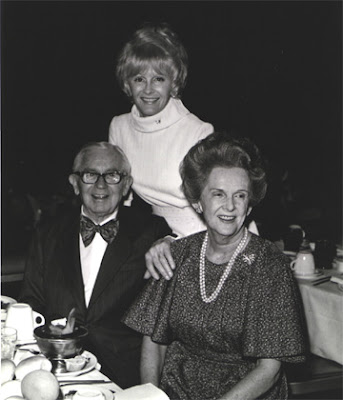 After having been ill for a length of time Garber died in Shreveport, Louisiana on October 5, 1977, a month before his 83rd birthday

For “Jan Garber And His Orchestra ‎– A Melody From The Sky” go here:

1 My Dear
2 I Want To Be Happy
3 Baby Face
4 The Boulevard Of Broken Dreams
5 All I Do Is Dream Of You
6 Rain
7 The Object Of My Affection
8 It's Easy To Remember
9 In A Little Gypsy Tearoom
10 I Feel Like A Feather In The Breeze
11 I'm Shooting High
12 Moon Over Miami
13 A Beautiful Little Lady
14 A Melody From The Sky
15 A Rendezvous With A Dream
16 Did I Remember?
17 Just A Memory
18 Serenade In The Night
19 That Old Feeling
20 Avalon
21 Romance In The Dark
22 Bambina
23 Concert In The Park
24 Soft Shoe Shuffle
25 You're Breaking My Heart
26 Jealous Heart

Garber today; Sutton yesterday. You have become an indispensable main stop on my blog-rounds. Thanks you.