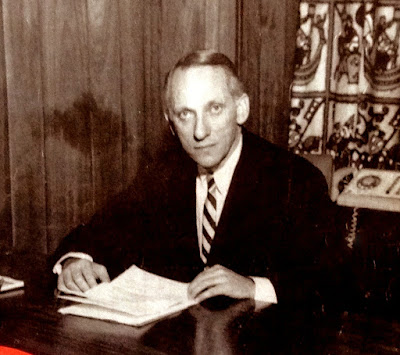 Born Bernard Lowenthal, Mr. Lowe graduated from Central High School and studied piano at The Juilliard School in New York. When he was 13, he was playing the piano in clubs, hotels and cafes around the city. After high school, he played for Meyer Davis and for orchestras led by Howard and Lester Lanin. He performed in night clubs around the country.

He was arranging and conducting the orchestra on "The Paul Whiteman TV Teen Club" in the early fifties when he met Dick Clark, the announcer for the show's live Tootsie Roll commercials. The two became friends and, later, business associates. 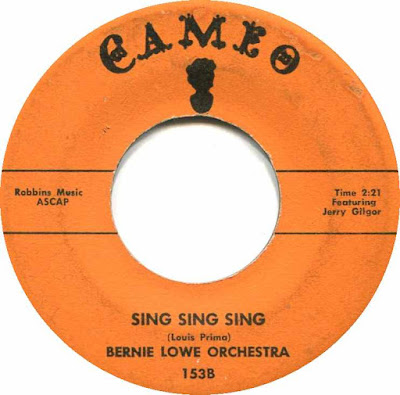 At the end of 1956, Lowe founded Cameo Records, with an old friend, Kal Mann (real name Kalman Cohen) and set up offices in the basement of his house in the Wincote area of North Philadelphia. Lowe and Mann got into the record business as songwriters for Hill & Range Songs in New York. Together they wrote "Teddy Bear" for Elvis Presley, which he recorded in January
1957. Lowe was looking for his own Elvis. He found Charlie Gracie, one of the first white artists who had recorded rock 'n' roll. Lowe tamed Gracie into a polite rocker and supplied him with the songs "Butterfly" and "Ninety-nine Ways", both Mann-Lowe compositions (though the writing credit on "Butterfly" went to "Anthony September", their joint pseudonym).

When "Butterfly" went to number one in April 1957, Bernie Lowe was convinced that rock 'n' roll - or at least an approximation of it - was the way to go. Still, Lowe and Mann were the products of an earlier, much different generation and never fully concealed their contempt for rock 'n' roll. It was just that Lowe's "love of money exceeded his dislike of rock 'n' roll", as Bill Millar has put it. In a way, "Butterfly" foretold the shape of things to come : R&R records whose sound was determined more by a producer's formula than by a singer's uninhibited spirit. It was no coincidence that this development started in Philadelphia, a city associated more than any other with the corruption of rock 'n' roll. 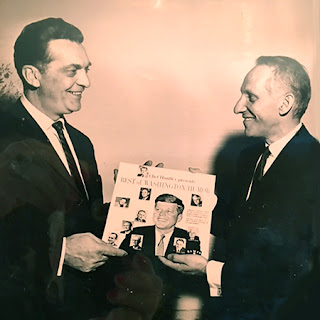 Lowe and Mann wrote more songs for Charlie Gracie (Just Lookin', Fabulous, Wanderin' Eyes) and Lowe also plays piano on all of Gracie's Cameo recordings. But by mid-1958, Gracie was gone. "I was expendable", Gracie said. "I was the first one to get screwed by Cameo. I sued for my royalties, settled for $40,000 and left". Lowe and Mann launched Cameo's sister label, Parkway, in 1959. By this time, most of the A&R work was done by Dave Appell, who also led an instrumental group, The Applejacks.

Lowe co-wrote the early hits of Bobby Rydell (Kissin' Time, We Got Love, Wild One, Good Time Baby), but after that he left most of the songwriting to Mann and Appell. Apart from Rydell, Cameo-Parkway had success with Chubby Checker, the Dovells, Dee Dee Sharp and the Orlons. Jerry Gross of the Dovells says: "Cameo-Parkway was not what I call a professionally run company. It was quick turnover; get the product out, jam as much as they could down the public's throat and sell as much as they could... Bernie Lowe's thing was don't go for quality, go for quantity. Throw enough up against the wall, something's going to stick."

Cameo-Parkway suffered its greatest loss when patron Dick Clark defected from Philly to Los Angeles in March 1964. By then Kal Mann had already retired and Dave Appell had moved on to other projects. Lowe sold the company to a couple of Texas businessmen a year or two later and retired. In July 1967, Allen Klein, the manager of the Rolling Stones, bought controlling interest in Cameo-Parkway. However, Kal Mann chose to retain the master tapes and after years of litigation, Klein and Mann (who died in November 2001) became bogged down in a legal stalemate, with the consequence that Klein still cannot release CD's of Cameo-Parkway material. 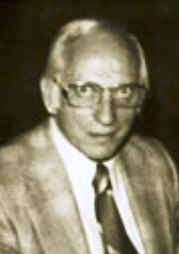 For a time, Lowe continued to work in the recording industry, doing some freelance music work and scouting for new performing groups. But he developed Parkinson's disease after he retired and was soon unable to work.

In April 1993,  Lowe was inducted into the Philadelphia Walk of Fame, and his star was placed in the sidewalk in front of 309 S. Broad St., the building that was once the headquarters for Cameo-Parkway. He died in Wyncote, Pennsylvania, a suburb of Philadelphia, on September 1, 1993 (age 75).

(Info edited from Black Cat Rockabilly,   Andy Wallace @ The Inquirer and Wikipedia. Quotes are from:  The Twist : the story of the song and dance that changed the world by Jim Dawson).
Posted by boppinbob at 10:46

Just found this whilst surfing for any of Bernie Lowes albums

A big thank you to zokyat @ Instrumental Music Café blog for active link.

Bob, thank you for this great comp. Favorite for Part 2, Rick & The Masters Let It Please Be You & I Don't Want You Love.

To be sixteen again back in Philly, summer of "62".