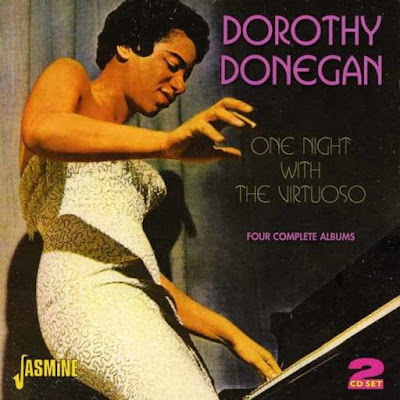 Dorothy Donegan (April 26, 1922 – May 19, 1998) was an American jazz pianist primarily known for performing in the stride piano and boogie-woogie style. She also played bebop, swing jazz, and classical music.

Donegan was born and grew up in Chicago, Illinois, and began studying piano in 1928. She took her first lessons from Alfred N. Simms, a West Indian pianist who also taught Cleo Brown. She 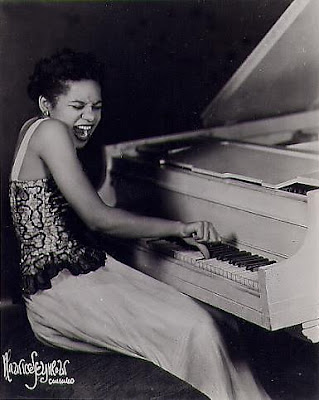 graduated from Chicago's DuSable High School, where she studied with Walter Dyett, a teacher who also worked with Dinah Washington, Johnny Griffin, Gene Ammons, and Von Freeman. She also studied at the Chicago Musical College and the University of Southern California.


In 1942 she made her recording debut. She appeared in Sensations of 1945 with Cab Calloway, Gene Rodgers, and W. C. Fields and was known for her work in Chicago nightclubs. She was a protege of Art Tatum, who called her "the only woman who can make me practice." She 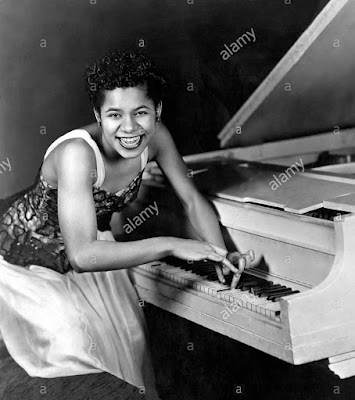 said that Tatum "was supposed to be blind...I know he could see women.") In 1943, Donegan became the first African American to perform at Chicago's Orchestra Hall. She later said of this path-breaking performance:


“In the first half I played Rachmaninoff and Grieg and in the second I drug it through the swamp – played jazz. Claudia Cassidy reviewed the concert on the first page of the Chicago Tribune. She said I had a terrific technique and I looked like a Toulouse-Lautrec lithograph.” 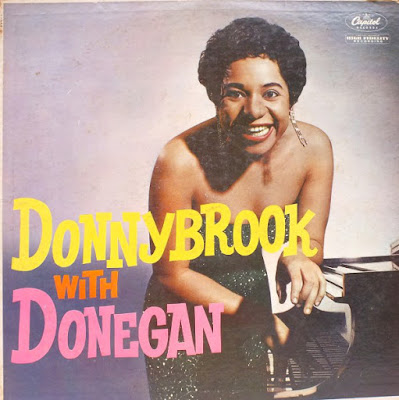 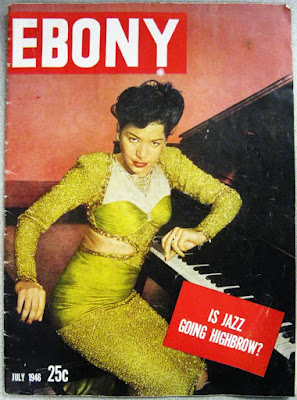 Her first six albums proved to be obscure compared to her successes in performance. It was not until the 1980s that her work gained notice in the recorded jazz world. In particular, a recorded appearance at the 1987 Montreux Jazz Festival and her live albums from 1991 were met with acclaim. Even so, she remained best known for her live performances. She drew crowds with her eclectic mixture of styles and her flamboyant personality. Ben Ratliff argued in The New York Times that "her flamboyance helped her find work in a field that was largely hostile to women. To a certain extent, it was also her downfall; her concerts were often criticized for having an excess of personality." 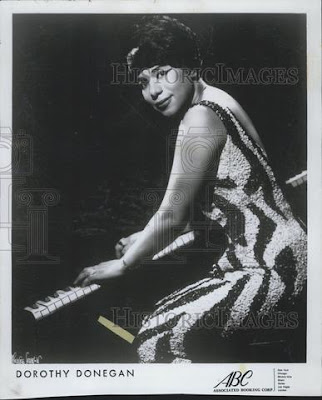 Donegan was outspoken about her view that sexism, along with her insistence on being paid the same rates as male musicians, had limited her career. In 1992, Donegan received an "American Jazz Master" fellowship from the National Endowment for the Arts, and in 1994, an honorary doctorate from Roosevelt University. Donegan died of lung cancer in 1998 at her home, Los Angeles, California


Despite admiring tributes at her death, is that never was Dorothy Donegan given due recognition for her artistry by the sacred cows of jazz, the critics, during her more than sixty years of performing throughout the U.S. and abroad.

Wilson brought this to readers' attention: "In fact, in jazz circles she is scarcely even thought of as a jazz pianist. . . . Her reputation as a lounge entertainer has virtually buried the fact that she is potentially the greatest jazz pianist playing today." 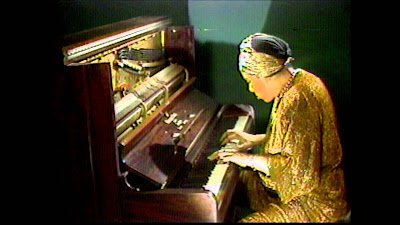 Leonard Feather, in his Encyclopedia of Jazz in the 1960s, lends support to this observation in his listing of Donegan with the closing comment, "Much of her appeal, however, is based on her visual antics." In a later edition Feather omits the pianist, as did John Chilton in his Who's Who Of Jazz and, more recently, both The Guiness Who's Who of Jazz and The New Grove Dictionary of Jazz.  (Wikipedia & The Last Post)


Here's a clip taken June 18, 1993 from the 40th anniversary of the Newport Jazz Festival, held in a tent on the lawn of the White House.

For “Dorothy Donegan - One Night with the Virtuoso - Four Complete Albums” go here:

The wonderfully gifted, Dorothy Donegan was a classically trained jazz pianist who frequently switched between boogie-woogie, bop, stride, swing and classical music, at times in the same chorus.

Here we feature four of her albums, At the Embers, Dorothy Donegan Live!, Donnybrook with Donegan and It Happened One Night.

Features her individualistic versions of classics like: 'Over the Rainbow', 'I've Got You Under My Skin', 'April in Paris' and many more. Known for being difficult at times she once said of herself: 'I'm wild but I'm polished', and as you listen to this album we think you will certainly agree with that. (Jasmine notes)