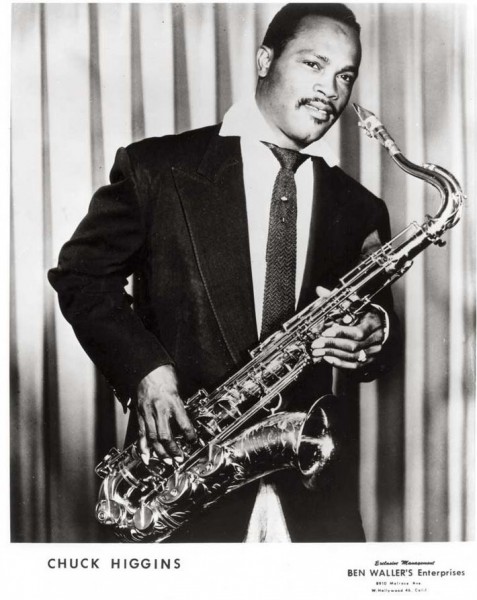 Charles Williams Higgins (April 17, 1924 – September 14, 1999) was an American saxophonist. Higgins, who was noted for mixing elements of Latin Jazz with Blues, recorded in Los Angeles during the mid-fifties, notably for the Specialty, Combo and Doo-Tone labels.

Indiana.  His first choice of instrument was the trumpet, which he took up at the age of ten and at which he became considerably more proficient than he ever did at playing the tenor saxophone.


In 1940, the Higgins family moved to Los Angeles, where Chuck attended the L.A. Music Conservatory. He hooked up with a quartet of musicians that included Frank Dunn on piano and sax player Johnny Parker. When Parker quit this band, Higgins took on the sax blasting duties himself and became the leader of the band, soon to be called the Mellotones. Chuck's composition "Pachuko Hop" became his first record, on Jake Porter's fledgling Combo label in 1952. It is the definitive Higgins instrumental and his biggest seller, but due to Combo's poor distribution, sales were limited to the West Coast and insufficient to dent the national charts. 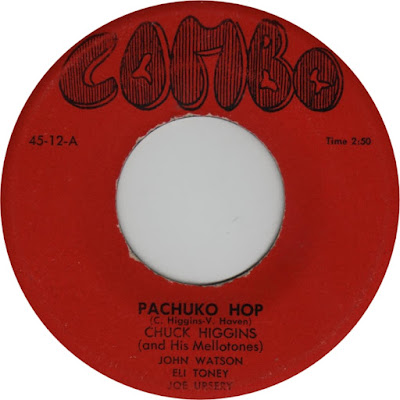 Many of Higgins' s recordings feature a vocal by varying members of his combo. This was also the case with the flip of "Pachuko Hop", which is a classic of early rock 'n' roll in itself. "Motorhead Baby" features the vocals of 17-year old John Jacob Watson Jr, who was still pounding the piano before taking up the instrument 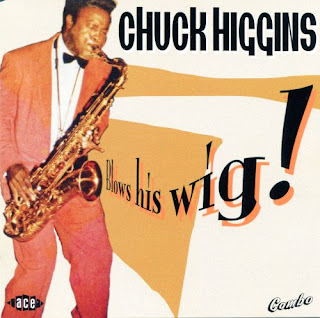 that would make Johnny "Guitar" Watson a household name. After switching from piano to guitar in 1953, Watson left the Mellotones, giving Frank Dunn the chance to rejoin the band. Of the eight singles that were released on Combo in 1952-53, the most interesting were those featuring a vocal : "Motor Head Baby" and "Just Won't Treat Me Right" by John Watson, "Big Fat Mama" and "Real Gone Hound Dog" by Daddy Cleanhead (Chuck's older brother Fred Higgins). 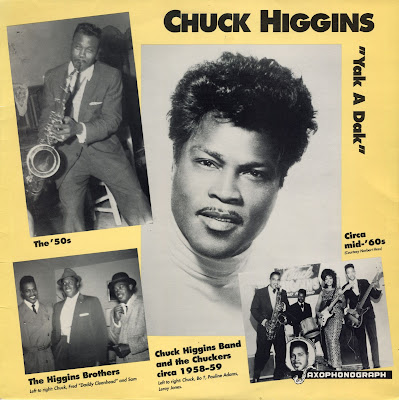 members in the studio by up-and-coming session pros such as H.B. Barnum and Jimmy Nolen.


In 1955-56, the Higgins combo recorded for Dootsie Williams's Dootone label. The second Dootone single, "Wetback Hop", became the subject of controversy because of the use of the derogatory term for Mexicans in the title. It was an attempt to associate the listener with the earlier success of "Pachuko Hop", which refers to Mexican zoot suiters of the 1940s. After a few sessions for various small labels in 1956, Higgins returned to Combo in 1957 with a mixed-race band that included future Canned Heat member Henry Vestine. "Long Long Time" (Combo 144, 1957) is a fine bluesy recording, 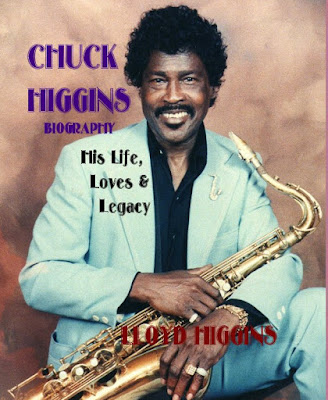 featuring Frank Dunn on vocals. There were no Higgins releases until 1962, the year in which he reunited with Jake Porter for the opportunist "Pachuko Hop Twist" (Combo 170).


Chuck temporarily retired from performing and became a music teacher at various L.A. high schools. For the last 20 years of his life he was a professor of music at UCLA, a job which he combined with a 1970s comeback as a honking saxblaster. In that decade, he had two LP releases (and one single, "Too Smart") on Ronnie Weiser's Rollin' Rock label. The second of these (1979) was called: "Chuck Higgins Is A PHD", PHD here standing for "Pretty Heavy Dude". 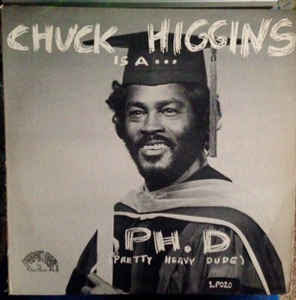 In August 1983, Higgins was part of Ace's "1950s R&B Jamboree", in the company of LA contemporaries Young Jessie, Willie Egan and fellow honker Big Jay McNeely. This was a great success and Higgins was finally discovered by European R&B fans, as his Combo recordings were released on an Ace LP. A collection of his early rare singles, Yak A Dak, was released on the Swedish Saxophonograph label in 1990.


He died of lung cancer in 1999, leaving behind an estimable body of work, even though he never scored a national hit.  (Info taken mainly from BlackCat Rockabilly Europe)

Thanks to BeBopWino for track info