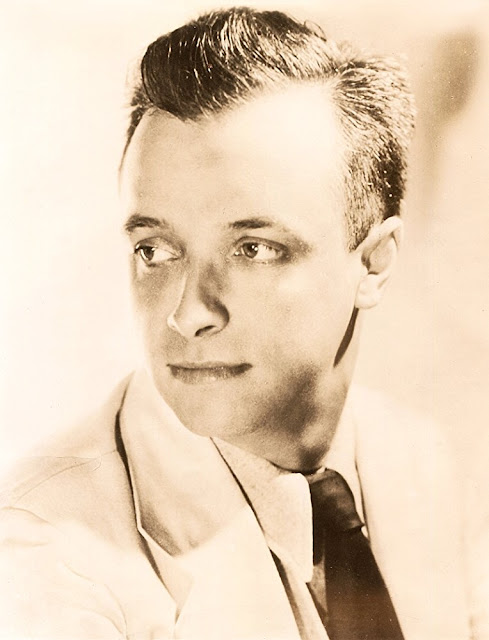 Casper Reardon was born to a vaudeville family in Little Falls, New York. At the age of five he trouped with his parents. His father, who was of Irish descent, presented him with a small Irish harp on his eighth birthday. His début as soloist was with the Philadelphia Orchestra, under the direction of Leopold Stokowski. As a result of winning a scholarship, he became one of the most brilliant pupils of the illustrious Carlos Salzedo at the Curtis 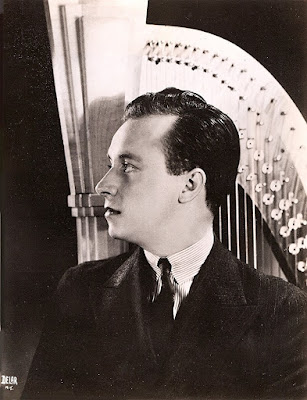 Institute in Philadelphia. Graduating in 1926, he became first harpist of the Cincinnati Symphony under Fritz Reiner for five years, and head of the Harp Department at the Cincinnati Conservatory.

Newspaperman Edwin H. Schloss wrote (July 19, 1939), 'In Cincinnati, some of Reardon's Southern pupils interested him in jazz and he fell in love with the music of W.C. Handy. He found the percussive harp to be as well suited to Gershwin as to Debussy and the rest is history, mostly made via radio.'

On his own, Reardon devised a technique of playing 'jazz.' The precedent for jazz music on the harp had not been explored to a significant degree. It wasn't unusual for a dance orchestra to utilize the harp for texture. (The dance orchestras of Leonard Joy, Richard Himber, Victor Young and Raymond Paige used harp regularly.) Reardon thought the harp had more potential than the usual flourishes and interludes that were expected of him. When he became a regular feature on the powerful Cincinnati station WLW, he used the nom de radio "Arpeggio Glissando," so as to not shock his classical harp students. 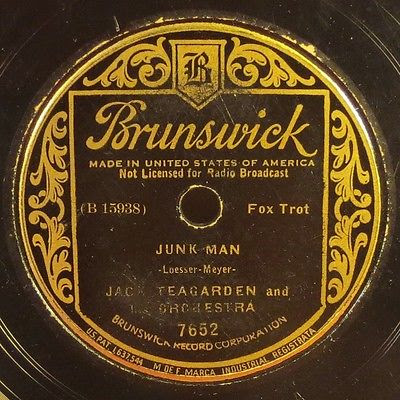 Reardon’s initial records were as a pianist accompanying tap dancers. He moved to New York City in 1931 and immediately created a niche for himself and his harp. On September 18, 1934, he recorded an unprecedented long harp solo on the Jack Teagarden recording of "Junk Man" for Brunswick Records. Although his name does not appear on the record, determined music lovers soon 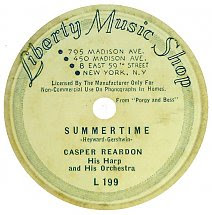 found out who the swing harpist was. By 1936 he recorded some dance records as Casper Reardon & His Orchestra, for Liberty Music Shop. He became known as the "Swing Harpist."

He was immortalized as "Cousin Caspar" in Alice Faye's film You're a Sweetheart (1937). He was a regular on radio shows such as 'Saturday Night Swing Club' with the orchestra of Bunny Berigan, and was often featured by Paul Whiteman and His Orchestra. George Gershwin featured Reardon on his popular Feenamint broadcast in 1934. 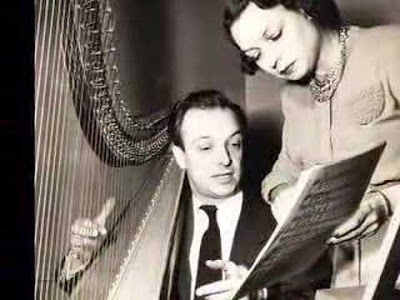 Casper Reardon met Dana Suesse in nineteen thirty-nine, through their friend, Gus Schirmer. Suesse told this writer, "Casper told me about having an engagement with the Philadelphia Symphony and wanted me to write something for him. At the time, Young Man with A Horn was a bestselling novel." It seemed logical to create a concert piece called Young Man with A Harp. Alexander Smallens, who would always be remembered as the original conductor of Gershwin's Porgy and Bess, conducted the concert at the Robin Hood Dell in 1939 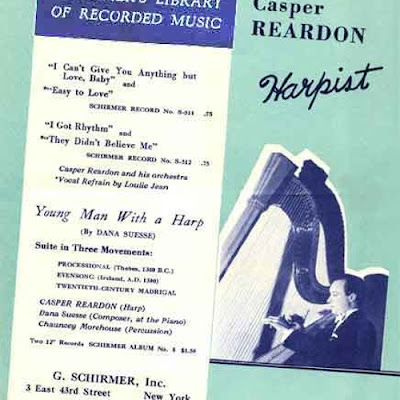 Dana and Casper repeated their Young Man With A Harp on February 25, 1940 with Guy Fraser Harrison conducting the Rochester Civic Orchestra. In 1940 Reardon performed with Suesse at a Cabinet Dinner for President Franklin D. Roosevelt and his family.

One evening in March 1941 Reardon was late for a date with composer Dana Suesse to attend the New York opening of Crazy With The Heat, a show in which he appeared in Boston. He complained about feeling lousy, and stopped for a quick brandy to settle his stomach. 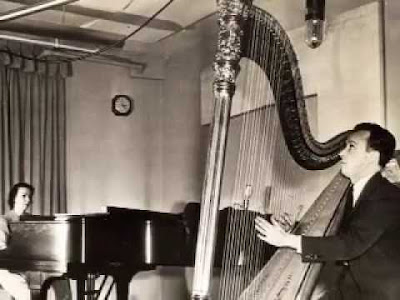 A few days later he was taken to the hospital for an exploratory operation and it was discovered that both kidneys were seriously damaged, a condition unusual for someone who seldom drank alcohol. Four or five days later he died on March 8, 1941. He was 33 years old. A funeral was held March 11. On December 19 a memorial program was broadcast on WQXR, featuring a composition composed by Suesse and orchestrated by Robert Russell Bennett. The work was titled "Coronach, a Gaelic word for "A crying together."

Recorded on disk, this selection by Casper Reardon is a previously unreleased, segment from a Hollywood studio recording session. Two songs, Ain't Misbehavin' (Fats Waller, Harvey Brooks, Andy Razaf) and St. Louis Blues (W.C. Handy) are heard in the released print of this feature film, starring Alice Faye, George Murphy, Ken Murray, Andy Devine and Oswald (Tony Labriola). The first song, Junk Man (by Joseph Meyer and Frank Loesser) was cut from the released print, but the audio survives on this playback disk dated October 9, 1937. Stills have been inserted into this video clip where film footage does not survive. The film, directed by David Butler, was released December 26, 1937. The voice of the conductor, Charles Previn (the cousin of André Previns father) is heard counting off the selection.
Posted by boppinbob at 03:19

Couldn't get download from the address given. Is it correct?

Likewise, Bob. The link is to an image file...


Here’s a small collection of mp3’s from the web. They are from different sources and bit rate, so quality will vary; also not in any chronological order. Hopefully one day there will be a compilation of Casper’s works.

Thanks, Bob. Got it!

Thank you for your Blog. It's very interesting!!!