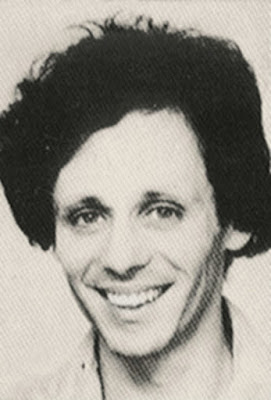 Although Weird Al Yankovic gets most of the credit for popularizing novelty songs and parodies, the godfather of the genre is unquestionably Dickie Goodman.Born on April 19, 1934 in Hewlett, New York, Richard Dorian “Dickie” Goodman is still 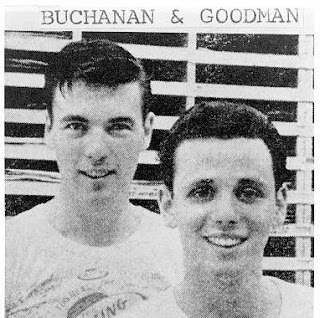 considered one of the earliest proponents of sampling in music, which is called the “break-in” record format. It consists of fragments of popular tunes meshed together and infused with dialog in the form of a radio show or an interview. Although Goodman attended New York University, he dropped out of college to pursue singing and songwriting. He later met Bill Buchanan, a struggling music publisher in New York City. 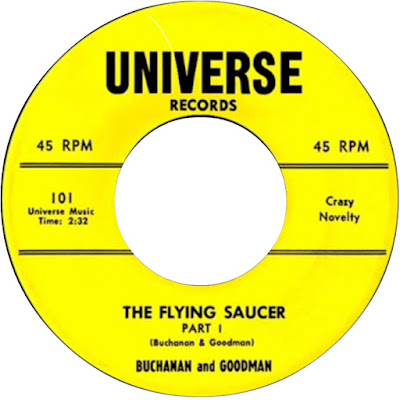 Co-written by Bill Buchanan, Goodman issued his debut record in the summer of 1956, “The Flying Saucer Parts 1 & 2.” The song was a breakthrough hit, peaking at #3 on the Billboard pop chart in the same year. Despite the success of the record, Goodman was 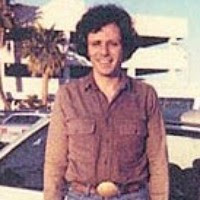 caught in a controversy when different labels sued him for copyright infringement for reworking Orson Welles’ radio show, War of the Worlds. But eventually, the judge favoured Goodman affirming that the record was entirely a new work and that he did not copy another else’s work.


With Mickey Shorr in 1959, Goodman recorded two singles under the name "Spencer and Spencer," both of which relied much less on sampling and more on sketch comedy. "Russian Bandstand" was a re-imagining of the then-popular TV series American Bandstand set in a totalitarian Soviet Union. "Stagger Lawrence" imposed Lloyd Price's recording of "Stagger Lee" onto a spoof of The Lawrence Welk Show, borrowing heavily from an earlier Welk 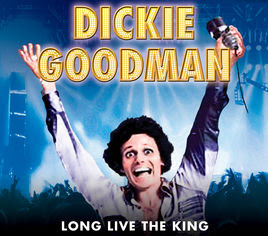 parody done by Stan Freberg. Neither recording with Shorr would be as popular as the recordings Goodman made with Buchanan. 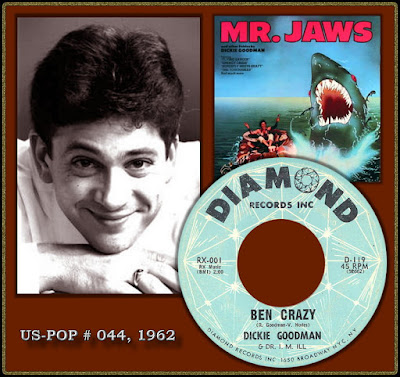 In 1962 Goodman spoofed Ben Casey with "Ben Crazy" (#44). In 1966 his spoof of Batman resulted in "Batman & His Grandmother" (#70). During the late 1960s, Goodman recorded a mostly musical album featuring his wife, aptly entitled Dickie Goodman and His Wife Susan. Mr. Goodman sang one track on the record ("Never Play Poker with a Man Named Doc (or Eat at a Place Called Mom's)", paraphrasing Nelson Algren's novel A Walk on the Wild Side), and produced two break-in style pieces, with Susan singing the rest of the songs.

In 1975, he scored another big hit with the song “Mr. Jaws” which peaked at #4 on the Billboard pop charts. By making a parody of 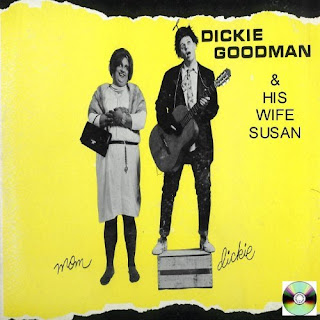 the movie Jaws, it became a million-selling record, and was given with a gold disc.


Goodman released another single “Kong,” which parodied the 1976 King Kong film remake.  It also happened to be his final chart record, reaching #48 on the US pop chart. After  "Kong," Goodman appeared to fall off the face of the earth, as he never managed to score another charting single. Throughout his career, all in all he had 17 hits which five of them made to the Top 40.


On November 6, 1989 at a relative’s home in Fayetteville, North Carolina, Goodman died of a self-inflicted gunshot. He was 55 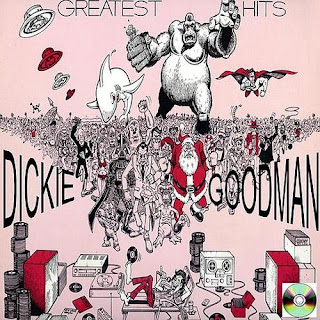 
Goodman's son, Jon Goodman, runs his father's estate, as his songs continue to be included on comedy compilations (especially via the Rhino label), while a biography, The King of Novelty, was issued as well. Goodman's influence continues to be felt, especially in the work of Yankovic and even radio personality Howard Stern, who has created quite a few parodies over the years patterned directly after Goodman's style


(Compiled and edited from various sources mainly Wikipedia and mentalitch.com)
Posted by boppinbob at 11:10


Thanks to redmp3 for all the tracks