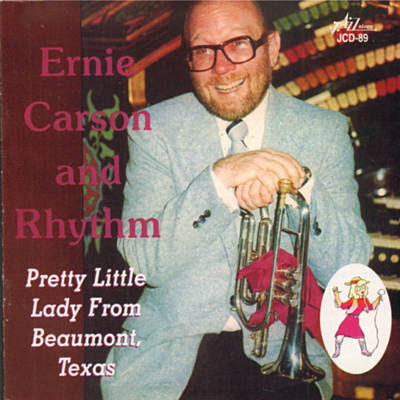 Everett “Ernie” Carson III (December 4, 1937 – January 9, 2012) was an American Dixieland jazz revival cornetist, pianist, and singer who became a legendary Icon of Traditional Jazz who was known Worldwide for his trademark tone and improvisation.


Born in Portland, a hotbed for traditional jazz in the 40's and 50's- 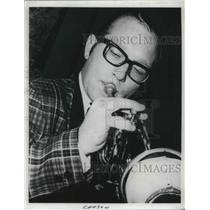 he began playing trumpet while in grammar school and was working in theatre bands by the time he was a junior in high school and got his start in Monte Ballou's legendary Castle Jazz Band during 1954-1956.


After a stint in the USMC First Division Band he settled in Los Angeles, where he worked with Ray Bauduc, Dave Weirbach and Ben Pollock. He later (ca. 1960) settled in San Francisco and joined Turk Murphy's band; he made his first recording, Live at Earthquake McGoon's (RCA Victor), in 1961. 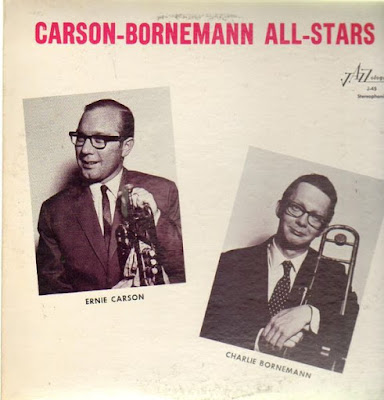 Carson was in New Orleans in 1964 when he made a fine recording for Sonny Faggart of Pearl Records with the St Peter Street Strutters, a pickup group including Bob Greene.


Carson later settled in Atlanta, where he was involved in the operation of Ruby Red's Warehouse, a popular banjo emporium. He played in the band for many years, doubling on piano and was also an exuberant and humorous singer. He appeared in countless settings (including with singer Pat Yankee) and  led several of his own groups from the 1970s, including the Capital City Jazz Band (since 1972) and his own Castle Jazz Band (starting in 1992). He was George Buck's favourite cornetist (after Wild Bill Davison passed away), and he spent a lot time in the Audiophile Studio. 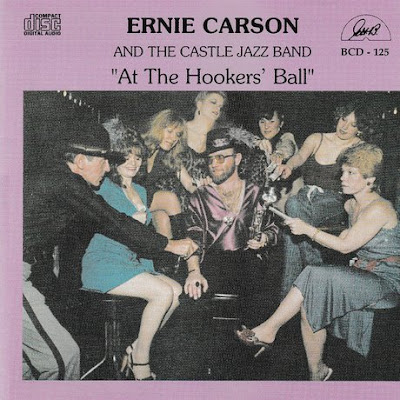 Ernie Carson was in and out of New Orleans during the 80s and 90s and became a prolific GHB/Jazzology artist. For a long time it seemed there was a new Carson CD every year featuring great hot cornet playing and all sorts of hitherto-forgotten tunes.


After more than twenty years of playing based in Atlanta  he returned to Portland about 1995 and worked a little, but there wasn't much going on at that time. He suffered smoke inhalation in an apartment fire which limited his cornet playing for a year or more. 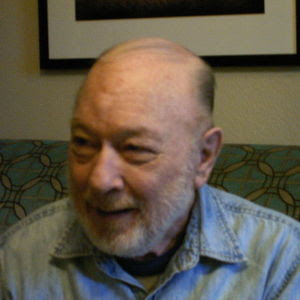 He was always promising to get back in the business with a new band, but it was not to be.  He died in 2012 in Portland, Oregon. He was considered one of the top classic jazz cornetists and there are few to take his place.

(Compiled and edited from jazzology.com., Wikipedia & All Music)
Here’s a clip from the mid seventies showing Ernie Carson and his Quartet in a performance of Cakewalkin' Babies Back Home in Altanta. Next to Ernie on cornet we see Herman Foretich clarinet, Michael Milton "Peanuts" Fitch banjo and Hal "Shorty" Johnson tuba.