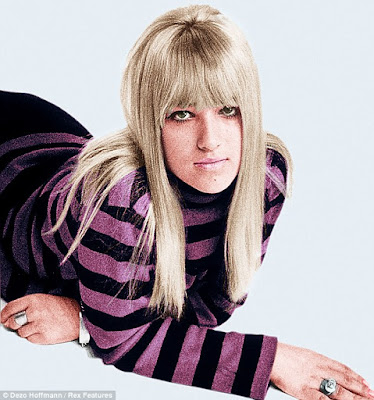 Lynn Annette Ripley (15 July 1948 – 21 May 2015), better known by the stage name Twinkle, was an English singer-songwriter. She had chart successes in the 1960s with her best known songs, "Terry" and "Golden Lights".
Born in Surbiton, Surrey into a well-to-do family, Ripley was known to her family as "Twinkle". She showed early musical talent when, aged three, she picked out the National Anthem on the grand piano in the family drawing room. Her interest in music rekindled at Queen’s Gate School, where she was a contemporary of the young Camilla Shand (now the Duchess of Cornwall).
One evening in 1963 she took the microphone at Esmeralda’s Barn, a west London night spot, and became a weekly “featured vocalist” with the club’s resident band.
Twinkle owed her rapid entry into the recording studio at the age of 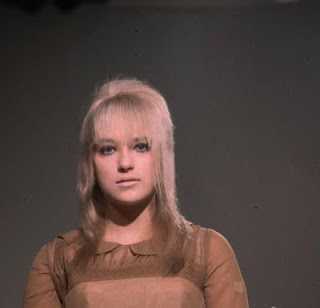 16 to her then-boyfriend, Dec Cluskey, of the popular vocal group The Bachelors, who was introduced to her by her sister, a music journalist, and who passed on to his manager a demo that Twinkle's father played to him. Her song "Terry" was a teenage tragedy song about the death of a boyfriend in a motorcycle crash.
Big Jim Sullivan, Jimmy Page and Bobby Graham were among the high profile star session musicians who played on the recording, which conjured up a dark mood with its doleful backing vocals,

spooky organ, 12-string guitar and slow, emphatic rhythm arranged by Phil Coulter. The theme was of a common type for the era, it bore some similarities to the Shangri-Las' slightly later "Leader of 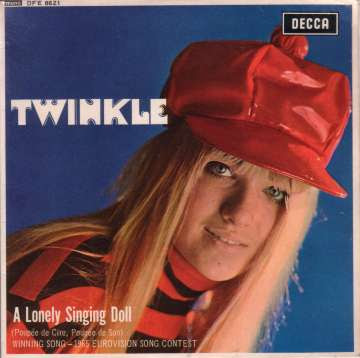 the Pack" (1964).
Its success owed something to Twinkle’s Sixties dolly-bird looks – but also to the horror with which it was greeted by the establishment. Condemned as “dangerous drivel” by Lord (Ted) Willis, the song was subsequently banned by both the BBC and by Ready Steady Go! on ITV, though it brought Twinkle a good luck card from Sir Alec Douglas-Home, a friend of her father’s.
Twinkle went on to tour with the Rolling Stones, although her parents insisted that she be accompanied by a uniformed nanny. Nonetheless she recalled that, on a flight from Dublin, Brian Jones and Mick Jagger had fought (she claimed unsuccessfully) for her favours. 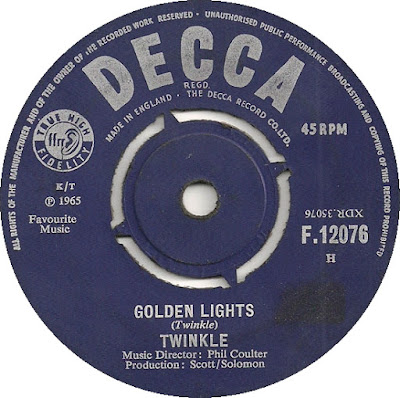 The follow-up, "Golden Lights", was also written by Twinkle, with a B-side again by producer Tommy Scott. By then Cluskey was her ex-boyfriend: Twinkle dated Peter Noone in 1965. The lyrics express disillusionment with the pop business: her EP track "A Lonely Singing Doll", the English-language version of France 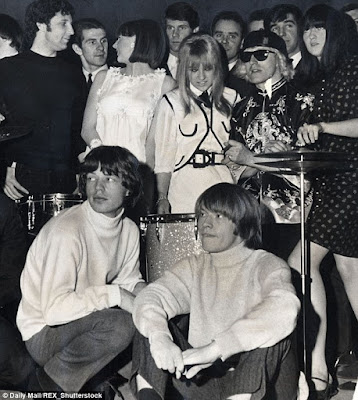 
"Johnny" continued to explore dangerous territory, this time that of a childhood friend who becomes a criminal, but it seems the pressure to produce "another Terry" led her producers to pass over her own material, for "Tommy", a song written for Reparata and the Delrons and "The End of the World" a tune composed for Skeeter Davis. Twinkle made few live appearances but performed "Terry" at the annual New Musical 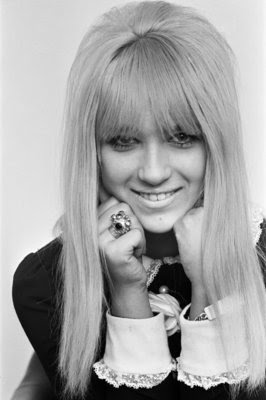 Express hit concerts. After recording six singles for Decca Records she "retired" at the age of eighteen in 1966.


After her brief moment of fame, Twinkle recorded four more singles for Decca, wrote television theme tunes and commercial jingles and cut a few more discs. In 1969 she recorded a self-written single, the Tamla Motown-styled "Micky", backed by "Darby and Joan", both produced by Mike d'Abo for the Immediate label. The single vanished, unpublicised. In the ensuing years, unsigned and working in music for advertising, she recorded a suite of songs inspired by her relationship with "Micky", the actor/model Michael Hannah, who was killed in an air-crash in 1974. These remained unreleased until they were included on CD 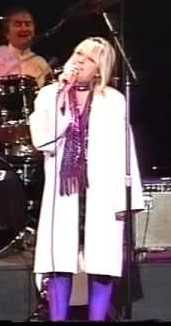 compilations. Her later recordings appeared under the name Twinkle Ripley. She recorded a 1975 single, "Smoochie" with her father, Sidney Ripley as "Bill & Coo".


In 1972 she married Graham Rogers, who appeared on television as the Milk Tray Man in several Cadbury’s adverts. For many years they lived in Oxshott, Surrey, where Twinkle became an animal-rights activist, later moving to the Isle of Wight. In the 1990s she performed occasionally on the Sixties nostalgia circuit.

Noticed no scans with original link but found the best ones available here;