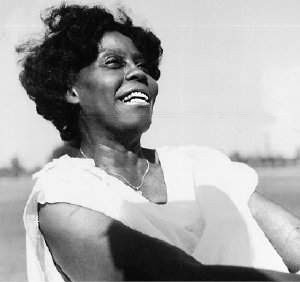 Kitty White (July 7, 1923 – August 11, 2009) was a jazz vocalist, who for years was a nightclub favourite among audiences in Los Angeles, known for her sophisticated songs with well-travelled lyrics. Kitty picked up her catchy jazz name legitimately by marrying songwriter Eddie White in the 1940s. 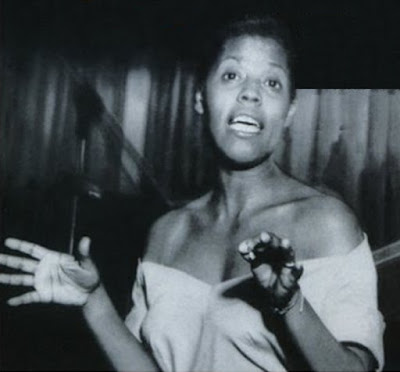 Red Callender. She sang many demo recordings for her friend, the prolific Los Angeles blues composer Jessie Mae Robinson, including "I Went to Your Wedding," a No. 1 hit for Patti Page in 1953.

Kitty Jean Bilbrew was born on July 7, 1923 in Los Angeles, California. She was raised in a musical family—her parents were singers, and her uncle was a well-known vaudevillian and disc jockey. She started her career at the age of sixteen as a singer and a pianist. She appeared in local night clubs in her home town Los Angeles like the Hob Nob, the Club Gala, the Haig and The Captain's Table. When Kitty branched out and opened at the Black Orchid in Chicago, Illinois, she was introduced to the executives of Mercury Records, and she 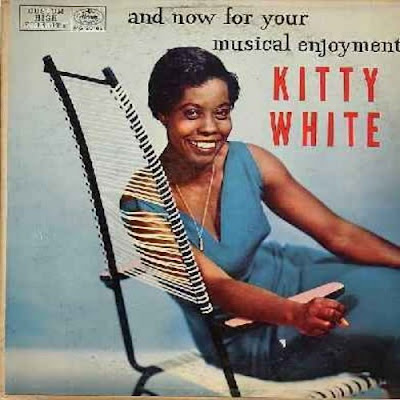 Her twin sister, Maudie Jeanette, also sang and briefly worked with Duke Ellington's revue, Jump for Joy, but never pursued an active career. Their mother, known as A.C. Bilbrew, organized an all-black chorus that performed in the 1929 film Hearts of Dixie. A.C. later recorded the 1955 protest song "The Ballad of Emmett Till" for Dootone Records.

Kitty White worked in several films. She sang "The Lullaby Song" that accompanied the magical scene of the children floating down the Ohio River in a rowboat in Charles Laughton's 1955 classic The Night of the Hunter, after composer Walter Schumann, who wrote the song, discovered her in a small club. She sang "Crawfish" with Elvis Presley in his 1958 film King Creole; the duet appeared on the soundtrack album.

She voiced the song "Rather Have the Blues" for actress Mady Comfort in Robert Aldrich's 1955 cult film noir Kiss Me Deadly, accompanied by pianist Earl Grant, who is best known for the 1958 pop hit "The End." She also sang the title theme of Riders to the Stars in 1954 and The Magnificent Matador in 1955. Kitty released a few singles during the 50's and 60's on the KEM, Mercury, GNP, Dot and Clover labels. Her only chart entry being with "A Teenage Prayer" in 1955. But here's her Mercury release "I'm Gonna be  Fool next Monday" from the same year. 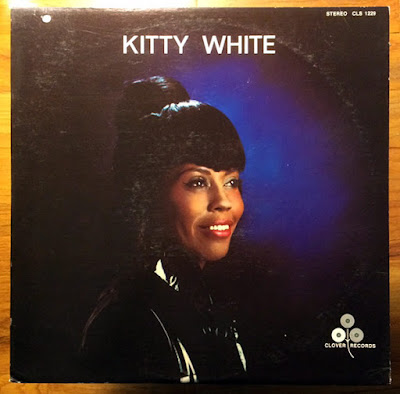 In the 1960s, she recorded for the jazz division of Mercury Records with hits including "The End", The Ballad of Emmett Till", "Roly Poly", "Rather Have the Blues" and "I Went to Your Wedding". She also performed and recorded with jazz artists, Duke Ellington, Laurindo Almeida, Red Callendar, Buddy Collette and Ben Webster. She only recorded seven LPs during her lifetime, the last in 1978.

She moved to Palm Springs, California in 1967 and sang at the Spa Hotel for sixteen years.

White died of complications from a stroke on Aug11, 2009 at Palm Springs Health Care and Rehabilitation Centre. She was 86 years old. (Info mainly Wikipedia)

For “Kitty White - A New Voice in Jazz” go here:

Looks like I missed this one - could you re-up, please.

A superb site. It amazes me how you research and put them up so regularly.

The Decca cutting will be a great help for me - session was 16 February 1951, her first and only for Decca.