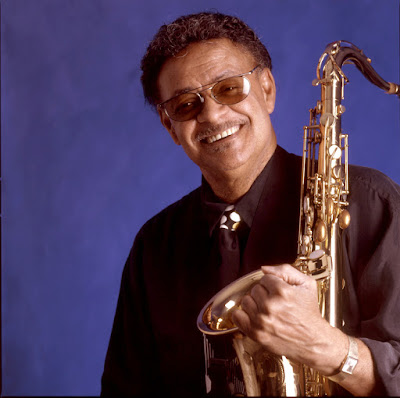 Plas John Johnson Jr. (born July 21, 1931) is an American soul-jazz and hard bop tenor saxophonist, probably most widely known as the tenor saxophone soloist on Henry Mancini’s "The Pink Panther Theme".
Born in Donaldsonville, Louisiana, he and his pianist brother Ray first recorded as the Johnson Brothers in New Orleans in the late 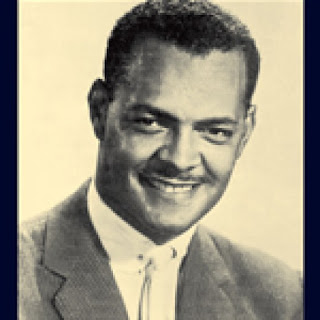 1940s, and Plas then toured with R&B singer Charles Brown. After army service, he moved to Los Angeles and began session recordings as a full-time musician, backing artists such as B.B. King and Johnny Otis as well as scores of other R&B performers. An early supporter was Maxwell Davis, who hired him to take over his own parts so that he could concentrate on producing sessions for the Modern record label.

Recruited by Capitol Records in the mid-1950s, Johnson also played on innumerable records by Peggy Lee, Nat "King" Cole, Glen Gray, Frank Sinatra and others. He remained a leading session player for almost twenty years, averaging two sessions a day and playing everything from movie soundtracks to rock and roll singles, 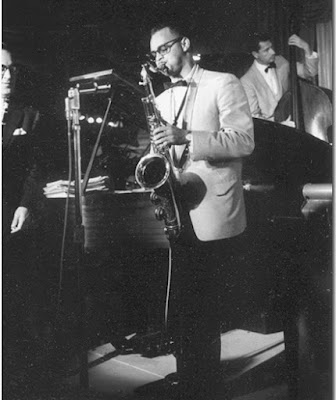 by such artists as Ricky Nelson and Bobby Vee. He played on many of the Beach Boys’ records, and was an integral part of a number of instrumental groups that existed in name only, such as B. Bumble and the Stingers and The Pets.
Maybe you haven’t heard of him, but you certainly have heard him. How about these: Shuffle In the Gravel by Young Jessie; Stranded In The Jungle by The Cadets; Girl Of My Dreams by Jesse Belvin; Searchin’ by The Coasters; Rockin’ Robin by Bobby Day; Bony Moronie by Larry Williams; Teenage Heaven by Eddie Cochran; Say Mama by Gene Vincent; and a myriad of tracks by Duane Eddy, Ernie Fields, The Piltdown Men, Sandy Nelson, The Ernie Freeman Combo, Johnny Otis, The Marketts, The Routers, The Olympics, and Don & Dewey. And that’s just scraping the surface of the output of Plas Johnson, LA session man extraordinaire. 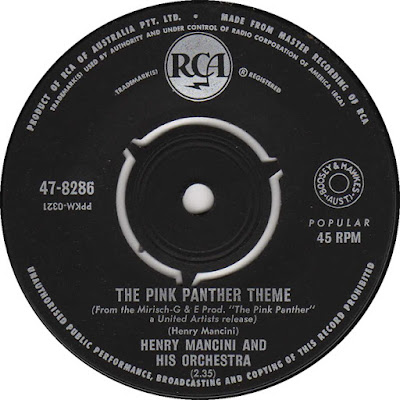 In the late 1950s and early 1960s he was a regular member of Henry Mancini's studio orchestra and in 1963 he recorded the Pink Panther theme. Another solo for a well-known television series was on The Odd Couple's theme music. Johnson was also used by Motown, and played on hits by Marvin Gaye, the Supremes and others. Johnson also played on sessions for Nancy Sinatra. 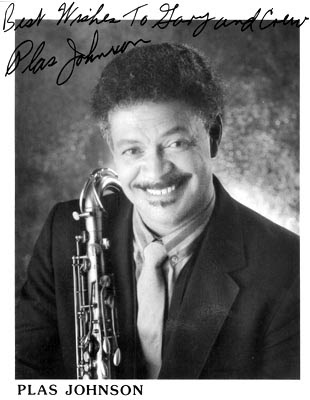 Jerome Kern Songbook", recorded with the esteemed arranger Nelson Riddle. His sax is also heard on two of the other great Ella Fitzgerald songbooks - The Harold Arlen Songbook and The Johnny Mercer Songbook.
In 1964, Johnson was the featured performer on "Blue Martini" ( Ava Records ), a concept album by John Neel. It was a groundbreaking album, with the saxophone being the lead "voice" surrounded by a full string section. This jazz/classical hybrid contains some of Johnson's best and most innovative playing, with the standout being "Bury Me Blue".
In 1970, he joined the studio band for "The Merv Griffin Show" and also played with a number of jazz and swing bands of the period. He continues to record and perform, particularly at jazz festivals. 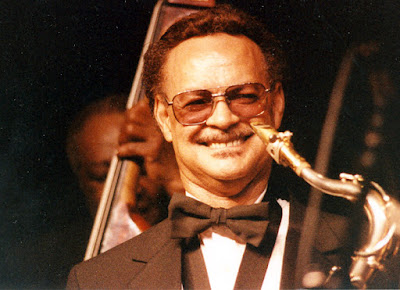 For “ Plas Johnson - This Must Be The Plas! & Johnson Mood For The Blues” go here:

Please can you re-upload this record? Thank you.

How does one download material stored in zippyshare, if one lives in Britain?

Or can you load it into some other host?

Hello MG, Am searching for the hard drive that contains this CD. Hopefully I will re-up Friday sometime. Watch this space. Regards, Bob

PS I used to use free Zippyshare links which only lasted 30 days and as this was posted over 4 years ago you would have found the link removed even if you could access Zippyshare!.

As it is blocked in Great Britain I use a free proxy site which usually works.

Thanks - I look forward to this with great interest.

Thanks very much Bob.