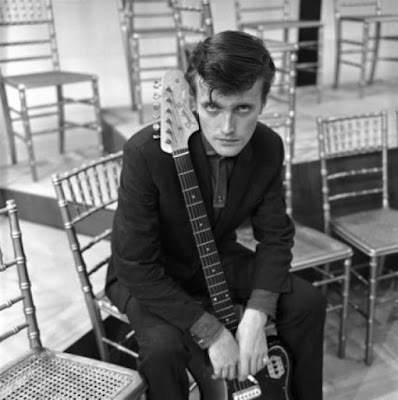 Terence Harris MBE (6 July 1939 – 18 March 2011), known as Jet Harris, was an English musician. He was the bass guitarist of the Shadows until April 1962, and had subsequent success as a soloist and as a duo with the drummer Tony Meehan.

He was born Terence Harris into a working-class family in 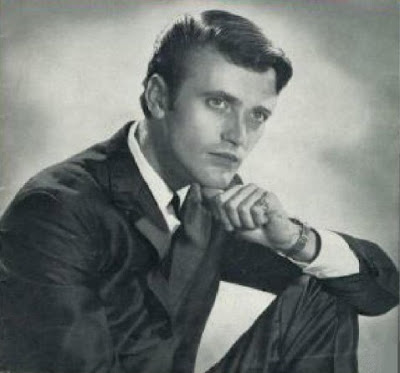 Kingsbury, north-west London. His prowess as a sprinter at Dudden Hill secondary modern school earned him the nickname Jet. Leaving school at 15, he went to work with his father as an apprentice welder making milk churns at the Dairy Supply Company in Park Royal.

As a child he played the clarinet, but his interest in bass rhythms was piqued by hearing records by the pianist Winifred Atwell. This inspired him to make his own double bass. In 1958, Harris joined the backing group of the singer Larry Page before going on tour with Tony Crombie and the Rockets, one of the first British rock'n'roll instrumental groups. Crombie got a Framus bass guitar for Harris, making him one of the first British exponents of the instrument. He later favoured the Fender Precision bass﻿

After playing with the Vipers skiffle group and the Most Brothers, he was invited to join Cliff Richard's backing group, then called the Drifters, whose lead and rhythm guitarists were Hank Marvin and Bruce Welch respectively. In 1959, the quartet made their first recordings as the Shadows, a name change suggested by Harris, because of the prior existence of the American vocal group the Drifters.

The Shadows' first and most memorable hit was Apache, which reached No 1 in 1960. Over the next two years, Harris played on more top 10 singles, including Man of Mystery, FBI and Kon-Tiki, 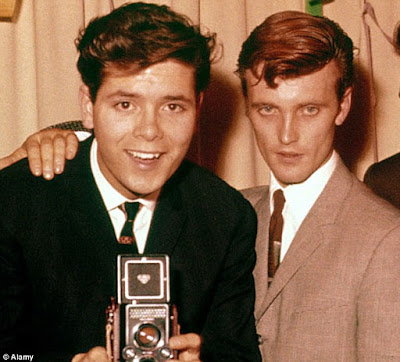 before suddenly quitting the group in 1962.

The most photogenic of the group, the moody-looking Harris was persuaded that he had a future as a solo star. He was immediately signed to a recording deal with Decca, releasing the top 30 hits Besame Mucho and The Theme from The Man With the Golden Arm, although the latter was banned by the BBC for the drug associations of Otto Preminger's 1955 film. With a backing group, the Jetblacks, he went on tour with Little Richard and the then unknown Liverpool group the Beatles. A triumphant 1962 ended with the award of the title top instrumentalist in the readers' poll of the New Musical Express. 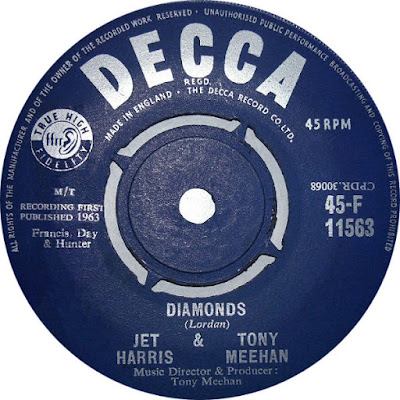 Harris next teamed up with the Shadows' former drummer Tony Meehan. As Jet Harris and Tony Meehan, they had big hits in 1963 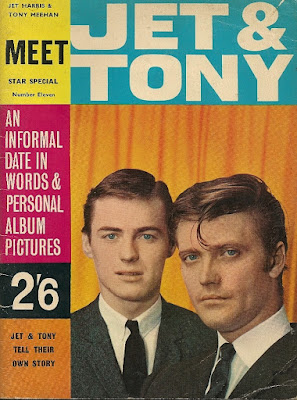 with Diamonds – which reached No 1 – Scarlett O'Hara and Applejack. Among those Harris had inspired to take up the electric bass was the future Led Zeppelin member John Paul Jones, who was briefly a member of the Harris-Meehan touring band.
By this time, Harris was also making news offstage. There were several court appearances involving drunkenness and violent behaviour before the partnership with Meehan came to an abrupt end in September 1963, when Harris was seriously injured in a car accident involving a vehicle in which he was travelling with the pop starlet Billie Davis.

Six months later he attempted the first of several unsuccessful 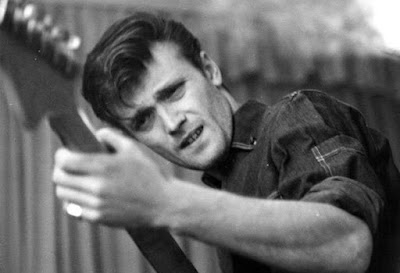 comebacks, failing to complete a brief appearance at the Edmonton Granada in north London. He subsequently took a variety of manual jobs ranging from bricklayer to hospital porter, getting back on stage occasionally during the summer season in Jersey in the early 1970s.

Harris was declared bankrupt in 1988. The BBC reported that it took Harris 30 years of heavy drinking before he finally admitted to 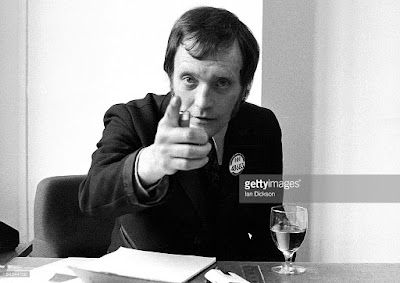 being an alcoholic and sought help. For many years Harris made a point in his stage shows of saying how long it had been since he quit drinking, winning applause from audiences who knew how it had wrecked his career in the 60s. Harris still played occasionally, with backing band the Diamonds or as a guest with the Rapiers, and guested with Tony Meehan at Cliff Richard's 1989 'The Event' concerts.

Harris's significance as a pioneer of the bass guitar was recognised by Fender, who presented him with a lifetime achievement award 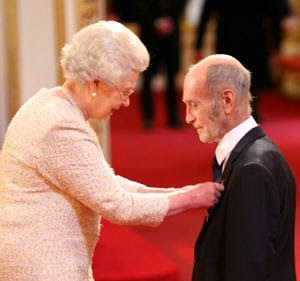 in 1998, and by the Burns company, who gave him a special Jet Six instrument. He was appointed MBE for services to music in the 2010 New Year honours list.


After the diagnosis of Jet's cancer in 2009, fulfilling dates provided a focus for him, and last autumn he made 29 appearances with the Marty Wilde tour. In his last concert, on 5 February in Fareham, Hampshire, he was on brilliant form despite ill health. Buoyed by audiences keen to hear his music, he very much wanted to keep playing to them. 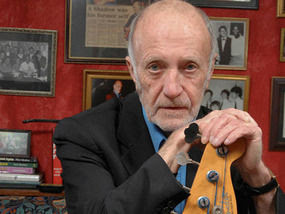 He was a heavy smoker and died on 18 March 2011, two years after being diagnosed with cancer of unknown primary, at the home of his partner Janet Hemingway, in Winchester. (Info mainly theguardian.com obit)

For “Jet Harris and Tony Meehan - Diamonds and Other Gems” go here: