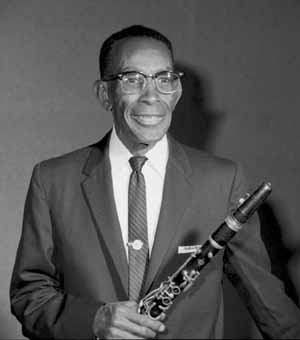 George Lewis (13 July 1900 – 31 December 1968) was an American jazz clarinetist who achieved his greatest fame and influence in his later decades of life.
His actual legal name was George Louis Francois Zenon. Born in the French Quarter of New Orleans, Louisiana. Lewis was playing clarinet professionally by 1917. He played with Buddy Petit and Chris Kelly regularly, and sometimes with trombonist Kid Ory and 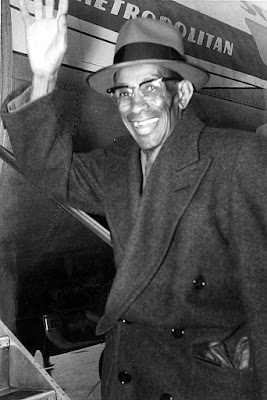 many other band leaders, seldom traveling far from the greater New Orleans area.
During the Great Depression he took a day job as a stevedore, continuing to take such music jobs after hours as he could find.
In 1942 some jazz fans and writers came to New Orleans to record the legendary older trumpeter Bunk Johnson. Bunk picked Lewis for the recording session. Previously almost totally unknown outside of New Orleans, Lewis impressed many listeners, and he made his first recordings under his own name for American Music Records, a label created by Bill Russell to document the music of Bunk Johnson and other surviving older jazzmen in New Orleans.
In 1944 Lewis was badly injured in a stevedoring accident when a 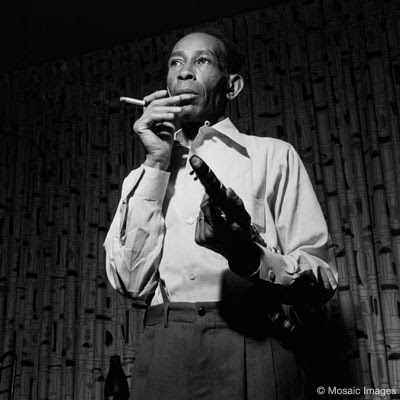 container fell on his chest. For a time it was thought that even if he recovered he would be unable to play clarinet. However he started playing again while convalescing in bed at home on Burgundy Street in the French Quarter. His friends banjoist Lawrence Marrero and string bass player Alcide "Slow Drag" Pavageau brought their instruments to Lewis' bedside, Russell brought his portable disc recorder, and they recorded, among other things, the first version of what was to become George Lewis' signature number, Burgundy Street Blues." 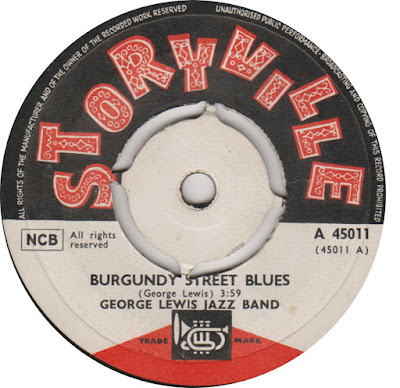 Lewis stayed with Bunk Johnson's newly popular band through 1946, including a trip to New York City, where they played for dancing at the Stuyvesant Casino on 2nd Avenue. At this point, the 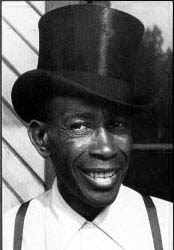 personnel included Johnson, Lewis, Marrero, Pavageau, trombonist Jim Robinson, pianist Alton Purnell, and drummer Baby Dodds. While in New York, they recorded for both the Decca and Victor labels.
After Bunk's final retirement, Lewis took over leadership of the band, usually featuring Robinson, Pavageau, Marrero, Purnell, drummer Joe Watkins, and a succession of New Orleans trumpet players including Elmer Talbert, Avery "Kid" Howard, and Percy Humphrey. Starting in 1949 he was a regular at the French Quarter's Bourbon Street entertainment clubs, and had regular broadcasts over radio station WDSU. National touring soon followed, and Lewis became a kind of symbol of the New Orleans jazz tradition.
In the late 1940s and early 1950s his recordings reached the UK and strongly influenced clarinetists Monty Sunshine and Acker Bilk. They later became important contributors to the traditional jazz scene in the UK and accompanied Lewis when he later toured 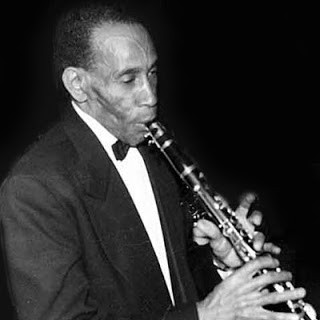 the country.
In 1952 Lewis took his band to San Francisco for a residency at the Hangover Club, then began to tour around the United States. In the 1960s he repeatedly toured Europe and Japan, and many young clarinettists from around the world modelled their playing closely on his.
While in New Orleans, he played regularly at Preservation Hall from its opening in 1961 until shortly before his death in his home town. George Lewis, who recorded for many labels (a Mosaic box set of his Blue Note sessions is one of the best reissues), became a symbol of what was right and wrong about the New Orleans revival movement, overpraised by his fans and overcritized by his detractors. At his best he was well worth hearing. (info edited mainly from Wikipedia)

By 1947, Blue Note had switched its focus to bop; the label's final trad recordings were of George Lewis' band. There was always something very charming about the clarinetist's spirited music, and he became one of the most popular New Orleans jazzmen of the 1950s. Lewis' last of three Blue Note studio recordings are reissued in full on this 1998 CD, including three alternates and one master ("Move the Body Over") that were first issued in Mosaic's complete Lewis LP box set. The band features Lewis on clarinet, trumpeter Avery "Kid" Howard, trombonist Jim Robinson, pianist Alton Purnell, banjoist George Guesnon, bassist Alcide "Slow Drag" Pavageau and drummer Joe Watkins; they were at their best on driving ensembles, and the rhythm section could be quite powerful. The clarinetist is generally in fine form (slipping out of tune in occasional spots, as on "Mahogany Hall Stomp"). Jim Robinson was always quite reliable and, while Kid Howard is a bit erratic, this is one of his better sets. Highlights include "When You Wore a Tulip," "I Can't Escape From You," "Lord, Lord, Lord, You Sure Been Good to Me" and no less than three versions of "Gettysburgh March." All tracks recorded 8-11 April 1955. Easily recommended to trad collectors. (AllMusic Review by Scott Yanow)