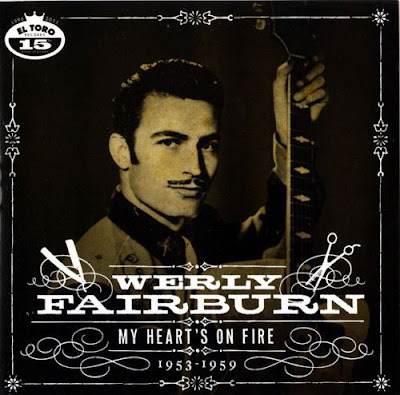 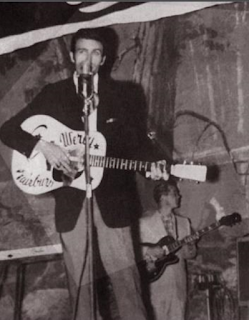 Fairburn was born in 1924 near Folsom, LA, the son of a farmer of Cherokee, Scots, Irish, and English ancestry. He grew up listening to the Grand Ole Opry on radio on Saturday nights with the family, and his father (who died in 1937, when Werly was 13) bought a guitar for his sons. Werly showed the greatest interest and competed with his older brothers to learn the instrument. He and his brothers learned to play from an elderly blues musician who lived nearby, teaching them blues licks, which they adapted to the hillbilly sounds they heard on the radio.

With the outbreak of World War II, 17-year-old Fairburn -- who was married by then -- left the family farm to take a job in New Orleans at the Higgins Shipyard. He enlisted in the Navy and joined its maintenance division in 1943, spending the war serving in Honolulu, Hawaii. It was while in the service that Fairburn began thinking about trying music as a career, but as a precaution, he also got training as a barber when he returned to New Orleans. Music became an avocation, something he did in his spare time, but his style -- heavily influence by both Jimmie Rodgers and Hank Williams, but also by New Orleans-style R&B -- was attractive enough to get him a spot on WJBW radio broadcasting from his own barber shop. 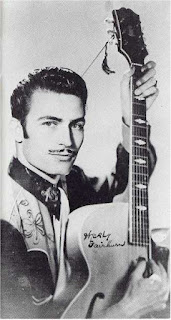 Thus, in 1948, Faiburn first became known to the local public as the Singing Barber. His broadcasting career continued on WWEZ in New Orleans, and he became the Singing Deejay. Subsequently, he enrolled in a local music school to formalize his playing and understanding of music. During the early '50s, he also made his recording debut on Lillian McMurry's Trumpet Records, best known as the early home of Sonny Boy Williamson II. The highlight of his association with the legendary blues label was "Camping With Marie," an upbeat proto-rockabilly-style number that later became regarded as a classic of the music's formative years. 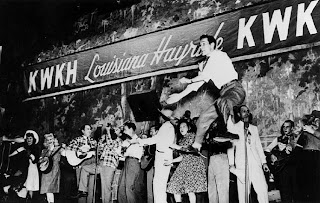 In March 1955, Fairborn joined the cast of the Louisiana Hayride in Shreveport, where he performed alongside Elvis Presley, Johnny Cash, Bob Luman, David Houston and other early rockabilly stylists. Werly remained with the Hayride through the end of 1957. His first album appeared on Trumpet Records in the 1950s. Over the years he recorded for Columbia, Capitol, and Savoy. Fairburn also owned a label called Milestone Records in the 1950s and 1960s. 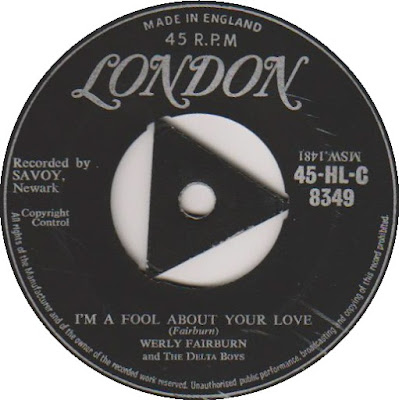 His music was basically country but was done with a beat that made it accessible and even pleasing to younger rockabilly and rock 'n roll fans. His 1956 Columbia single "Everybody's Rockin' " is considered a quintessential example of rockabilly music. Fairburn was a favorite performer locally in New Orleans and had an audience as far away as Dallas, where he appeared on the Big D Jamboree, even without a hit record of his own. 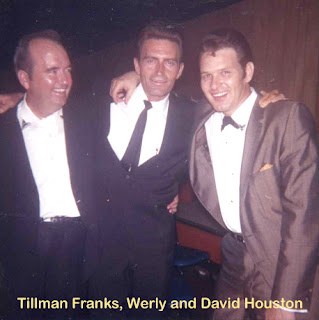 His music was heavily influenced by New Orleans R&B, and his stage repertory included pieces like Fats Domino's "All By Myself." Fairburn's openness to those sounds -- coupled with his professional flexibility -- may have helped him adapt when rock & roll hit in the mid-'50s. Unlike a lot of post-twenty year old country artists, who sounded awkward trying to reach out to the youth market, Fairburn took naturally to rockabilly. 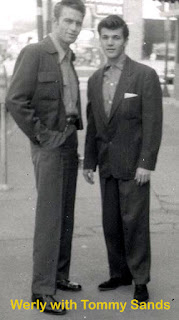 In 1964, he was performing one of his own songs, "I Guess I'm Crazy," on the Louisiana Hayride when it was heard by his friend Jim Reeves. Reeves decided to record the song himself, and "I Guess I'm Crazy" was the single that was in release when Reeves' plane went down on July 31, 1964.

Fairburn's success in the Southeast didn't follow him when he moved to California in the '60s, but he kept performing steadily. In 1982, he developed a lung tumour and fought the disease for three years. He continued to play until he completely lost his voice and died 18 Jan 1985 in Glendora, Los Angeles County, California, aged 60 years. 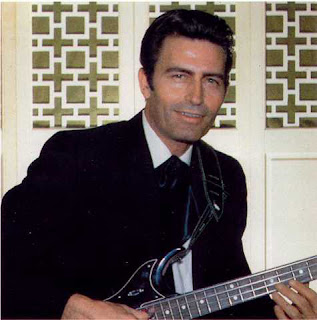 In 1994, Bear Family Records released a CD assembling Fairburn's classic sides entitled Everybody's Rockin' and a live performance of Fairburn doing "All By Myself" at the Big D Jamboree in the mid-'50s surfaced on CD in 2000.

Couldn’t find the Bear Family CD but did find this one on one of the numerous free mp3 sites.

The best of Werly Fairburn’s fine 1950s recordings, along with a handful of rarely heard live performances from the Louisiana Hay Ride archives, this compilation includes the exalted rockabilly tracks cut for Columbia and Savoy which proved to be such huge club hits during the 1970s rockabilly revival…and have been ever since!

Once again, Uncle Gil to the rescue!
Thanks, Bob.

Thanks for this, and UG for The Bear.

thank you my friend

Thank you , I have never heard anything by Mr. Fairburn, but I enjoy country and rockabilly of all decades