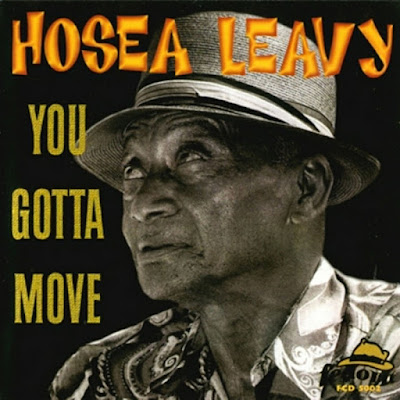 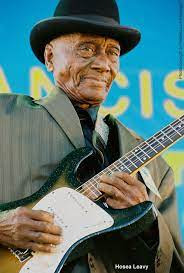 Guitarist-vocalist Hosea Leavy hailed from a small crossroads town called Althermer, Arkansas, located out about 26 miles from Little Rock. One of 15 children, Hosea learned the guitar from his father, also a blues player in the 1920s and '30s, and soon started playing in a combo, performing at house parties and work camps with instruments rented from a local pawnbroker.

In 1950 Hosea was drafted into the Army and saw some combat action in Korea. It was in the army's USO clubs that Hosea picked up his bass skills which served him well throughout his musical career. After being discharged from the service in 1954 he formed a blues group featuring his younger brother, Calvin Leavy, who was a notable singer. 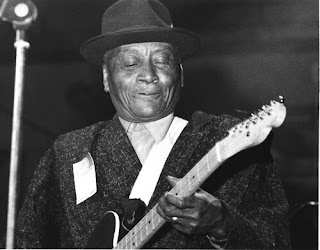 In 1968 fame came to the Leavy brothers when Calvin recorded the blues classic "Cummins Prison Farm," based on the notorious prison work camp in Arkansas, and later made into a film called "Brubaker," starring Robert Redford. The song hit at #40 on the Billboard R&B charts in 1970 and stayed there for 5 weeks after Shelby Singleton's Blue Fox label picked it up. The song has had a firm position in the canon of the modern Blues repertoire ever since, and is a favourite of Southern Blues audiences. The group toured extensively through much of the south with the success of the song. 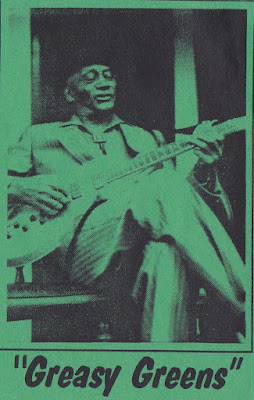 Here’s “When I Was a Little Boy” from above cassette.

Hosea wrote and recorded one single in 1969 for Soul Beat titled 'It's Too Early in the Morning b/w You Cant Lose What You Never Had' the Muddy Waters original.In 1969 he also made a single for Riceland that was produced by Willie Cobbs titled 'Oo-Wee Baby b/w When I was a Little Boy'.

In 1976 the Leavy brothers did some recordings for the Arkansas Bicentennial Blues Project which are archived at the University Of Arkansas in Little Rock. In 1977 the band performed at the Beale Street Music Festival. Soon after they broke up and started their own bands. Hosea moved to California and started a combo with Johnny 'Da-Doo' Wilson on bass and Warren Milton on drums. This trio play a small joint in West Fresno called 'Wagners' every weekend for at least 5 years. The band would start around 10 in the evening and go until 5 in the morning or until the police showed up. 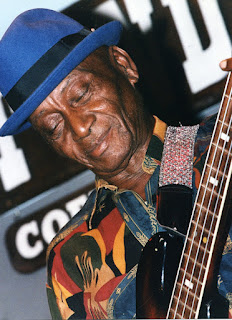 In 1993 Hosea recorded a cassette titled 'Greasy Greens' for the debut of Fedora Records. The tape was noticed by 'Blues and Rhythm' who in turn published an article by Mike Rainsford which got Hosea some good festival work in Europe and elsewhere. Chris Millar produced sessions with Hosea that led to his only CDs, You Gotta Move, in 1997 and a collaboration with Harmonica Slim called Cold Tacos and Warm Beer on the Fedora record label.

Hosea loved to hunt and fish when he wasn't gigging or hanging out at 'The Barrel' in West Fresno. Hosea was father to 26 children, 4 of whom are named Hosea Leavy,Jr. Hosea was a fine performer and a strict band leader. He was respected by the local musicians and he mentored many of the area's best Blues musicians. 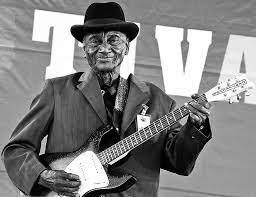 His last major gig was the 2007 San Francisco Blues Festival. Hosea was still performing at very high level only weeks before he drove his old Chrysler to the V.A. and checked himself in. In his last days at the hospice Hosea was very lucid and enjoyed visits with his friends and family. Hosea Leavy the self-proclaimed "Grand Daddy of the Blues" died on August 12, 2008 at the U.S. Veterans Hospital in Fresno, California after a short bout with liver cancer. He was 80 years old.

A big thank you goes to Lito Blues @ elrincondelrockblues.blog for loan of the above albums.

A big thank you to Country Blues @ the Jazz n Blues Club for the loan of above CD.

A little bit late, but thank you very much. I have never seen the cassette. Love it.