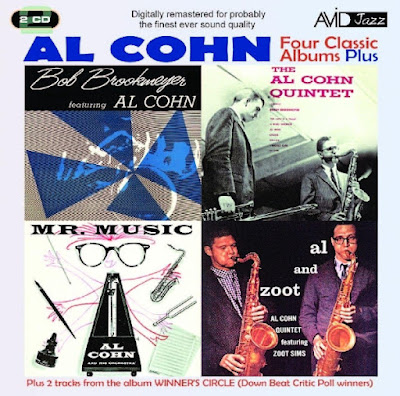 Al Cohn (November 24, 1925 – February 15, 1988) was an excellent American jazz saxophonist and a superior arranger / composer who was greatly admired by his fellow musicians. 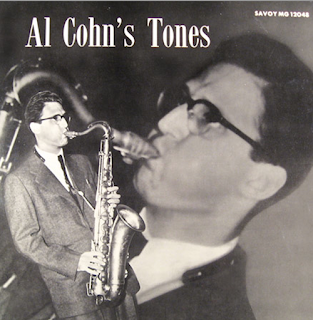 Born and brought up in Brooklyn, NY, as a youngster his interest was in piano and clarinet, but on hearing Lester Young, Cohn was inspired to take up the tenor saxophone. He was self-taught on tenor and even though he never took lessons on the instrument, he made his professional debut aged just 18 in 1943.

Early gigs included associations with Joe Marsala (1943), Georgie Auld, Boyd Raeburn (1946), Alvino Rey, and Buddy Rich (1947). But it was when he replaced Herbie Steward as one of the "Four Brothers" with Woody Herman's Second Herd (1948-1949) that Cohn began to make a strong impression. He was actually overshadowed by Stan Getz and Zoot Sims during this period but, unlike the other two tenors, he also contributed arrangements, including "The Goof and I." On leaving the Herman band, Cohn and Simms moved to New York and their musical relationship continued up to Simms’ death in 1985. 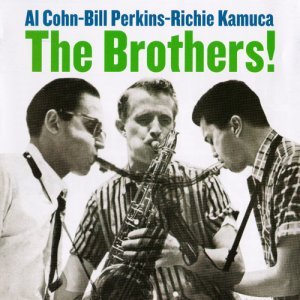 He was with Artie Shaw's short-lived bop orchestra (1949), and then spent the 1950s quite busy as a recording artist (making his first dates as a leader in 1950), arranger for both jazz and non-jazz settings, and a performer. Starting in 1956, and continuing on an irregular basis for decades, Cohn co-led a quintet with Zoot Sims. The two tenors were so complementary that it was often difficult to tell them apart. His arrangements included the Broadway productions of Raisin' and Sophisticated Ladies, and his arrangements of his own compositions were recorded by big bands led by Maynard Ferguson, Gerry Mulligan, Terry Gibbs and Bob Brookmeyer. 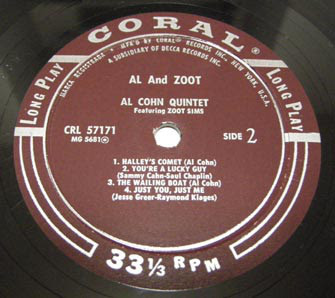 He wrote arrangements for many singers, including Tony Bennett, Peggy Lee, Lena Horne, Linda Ronstadt and Sammy Davis, Jr., and special material for Dick Shawn and Kay Thompson. On occasion, Al conducted his orchestrations during recording sessions. In addition to Bennett and Horne, Al recorded with many of the vocal greats, including Billie Holiday, Ella Fitzgerald, Teresa Brewer, Betty Carter, Irene Kral, Susanna McCorkle, Carmen McRae and Nana Mouskouri. Al even ventured into the world of poetry and prose. He and Zoot were among jazz musicians accompanying the Beat Generation’s Jack Kerouac during club readings and recording sessions.

He composed regularly for television shows, including “The Andy Williams Show,” “The Pat Boone-Chevy Showroom,” “The Steve Allen Show,” “The Ernie Kovacs Show,” and “Sid Caesar’s Show of Shows.” He also scored orchestrations for numerous televised specials, including the week-long “50th Anniversary of CBS,” the award-winning “Anne Bancroft Show” and “S’Wonderful, S’Marvelous, S’Gershwin” shows, along with the “Cole Porter in Paris Show,” the Tony Awards, and Miss Universe and Miss USA shows. He also wrote for the Jack Sterling WCBS morning radio show. 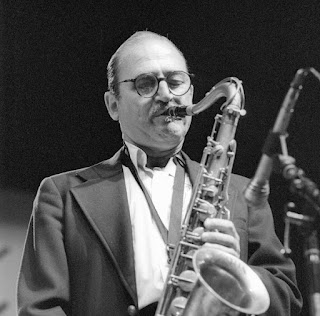 Cohn also appeared on stage with Elvis Presley in June, 1972, as a member of the Joe Malin Orchestra at Madison Square Garden. In film, he appeared in “The Great Rocky Mountain Jazz Party,” a 1977 documentary based on one of Dick Gibson’s Colorado Jazz parties, and in the 1948 film short entitled “Woody Herman and his Orchestra.” He also played tenor solos on the soundtrack for “Lenny,” a film based on the life of comedian Lenny Bruce. 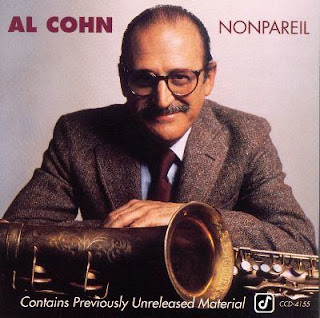 During his last few years, when his tone became darker and more distinctive, Cohn largely gave up writing to concentrate on playing. He made many excellent bop-based records throughout his career for such labels as Prestige, Victor, Xanadu, and Concord; his son Joe Cohn is a talented cool-toned guitarist.

The recipient of numerous awards during his lifetime, including 4 Grammy nominations, his posthumous awards include the prestigious inductions to the American Jazz Hall of Fame and the ASCAP Wall of Fame. Al composed more than one hundred original jazz tunes, all of them recorded. He had more than 50 recordings to his credit, with appearances on more than 350 other albums and CDs.As player, leader, and co-leader, Al toured extensively throughout the U.S. and around the world. Al and Zoot co-led a quintet from 1957 through the early 1980s, appearing regularly at the Half Note in NYC. 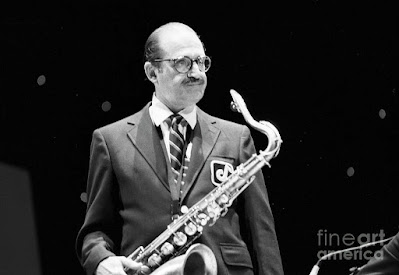 Granddaughter Shaye Cohn, Joe's daughter, is a musician who plays cornet with her band Tuba Skinny in New Orleans and at jazz festivals in Italy, France, Australia, and elsewhere. Shaye also plays accordion, violin and piano. Cohn was also married to Flo Handy, a singer and composer, from the mid-1960s until his death from liver cancer in Stroudsburg, Pennsylvania in 1988.

Here’s a clip of Al Cohn & Zoot Sims in 1968 with Stan Tracey on piano, Dave Green on bass & Phil Seamen on drums. Taken from the TV programme  'Cool of the Evening' .The numbers played are What the World Needs Now & Doodle-Oodle.

Starting out and learning his trade, as did fellow sax man Zoot Sims, in the big bands, most notably with Woody Herman, Al Cohn is perhaps primarily remembered as a fine sideman.
However here we feature him on three albums as the front man, firstly on the aptly titled ‘Mr Music’ featuring his orchestra, secondly ‘The Al Cohn Quintet featuring Bob Brookmeyer’, thirdly with his old sparring partner Zoot Sims for ‘Al & Zoot’ and finally Brookmeyer returns the favour on his album ‘Bob Brookmeyer featuring Al Cohn’. Among the fine musicians to look out for we feature Mose Allison, Joe Newman, Billy Byers, Milt Hinton, Billy Bauer and many more. For good measure and extra value Avid complete the set with a couple of tracks from the ‘Winners Circle’ album.All four albums have been digitally re-mastered for probably the finest sound quality ever! (Avid notes)