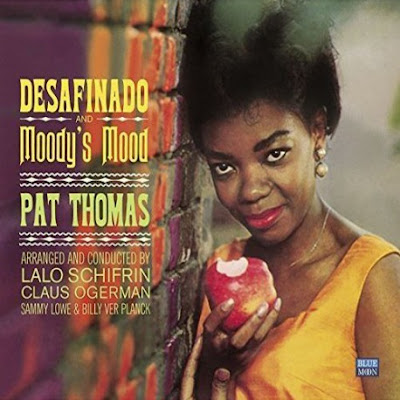 Pat Thomas (31 July 1938 – 24 March 1992) was an American jazz singer from Chicago who had a hit with "Desafinado". Surprisingly she is virtually forgotten even as part of the scene of which she was, all too briefly, a major talent. 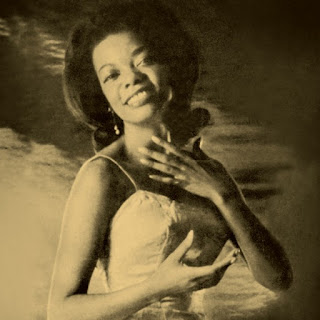 Born in Chicago 31 July 1938, her real name was Patricia Thomas. The seventh of eight children, her talent is inherited from her parents, both of whom sang in church choirs. Pat’s sister Mildred was a singer, and her brother Earl Teddy played drums with Dakota Staton and Carmen McRae. Pat attended Dunbar Vocational in Chicago where she had decided to become a dress designer. She summered as a Red Cross swimming instructor, and her athletic ability spread to baseball and basketball as well. But dress designing and sports have gone a-glimmering. Pat’s a singer. 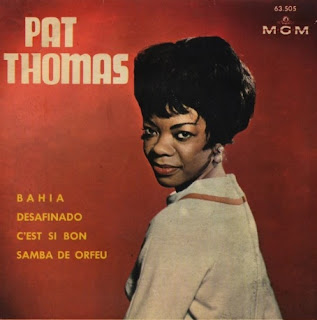 Pat Thomas began her career in Chicago, where she was born and raised. She won a TV Talent Show for amateur’s turning professional. By this time she was the hometown singer, most sought after by local groups and by visiting musicians. She raised a few eyebrows when she sang with Norman Simmons’ highly successful “Experimental Jazz Band.” When she moved to New York, she made friendship with singer Ernestine Anderson who helped to get connections. Pat Thomas sang with Dizzy Gillespie, Charles Persip, Gigi Gryce and Art Blakey in venues like the Metropole, Birdland, the Basie's Bar and Small's. 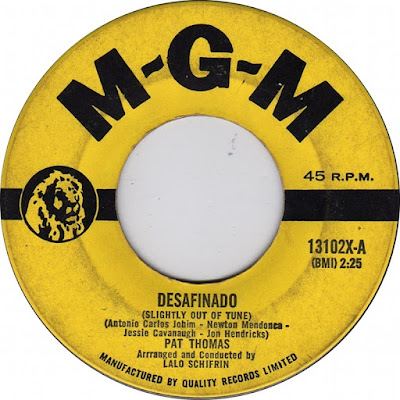 She was the most sought-after female singer by local and visiting musicians, who valued her way of handling lyrics. Pat could be classified as a pop-jazz vocalist. She had directness and clarity mixed with a subtle reading of a song, a warm vocal sound, impeccable intonation, and an unaffectedly sincere feel for the blues. 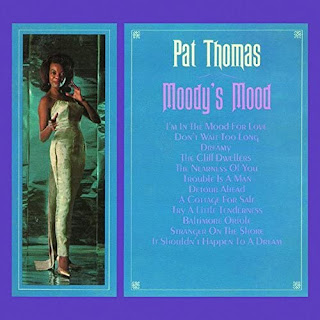 She was just 24 when she recorded the first English-language version of the bossa nova hit, Desafinado, for Verve in 1962; released as a debut single with One Note Samba it won her a Grammy nomination. Transferred to MGM for release, it was part of  Desafinado, the album she made that year with some notable musicians, including Bud Shank, Laurindo Almeida, Mel Lewis and arranger Lalo Schifrin, plus orchestra. 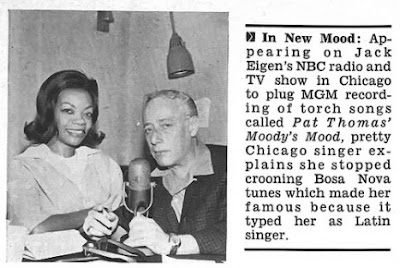 It sold well and led to a second album, Moody’s Mood, in 1963, with orchestras arranged by Claus Ogerman and several others. Featuring Johnny Hodges and Hank Jones in some tracks it showed her range was much greater than her ready mastery of the Brazilian idiom and confirmed the further qualities of an artist hailed as “a good singer on her way to becoming a great one”. 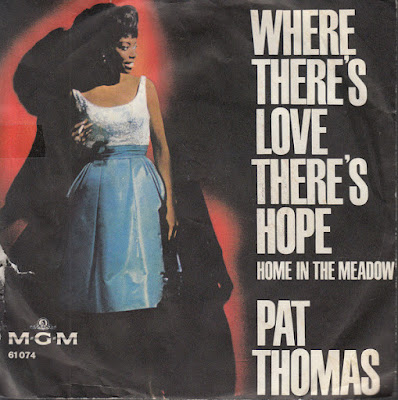 Somehow, that never materialized for all that is known of her is written during her brief burst of recognition during the early sixties.

BONUS TRACKS from singles.
Arranged and Conducted by Claus Ogerman.

Thanks for this, totally new to me.

Superb and a treasure. Thanks for sharing it with us.

Many thanks , Lalo Schifrin is one of the masters od latin jazz and soundtracks