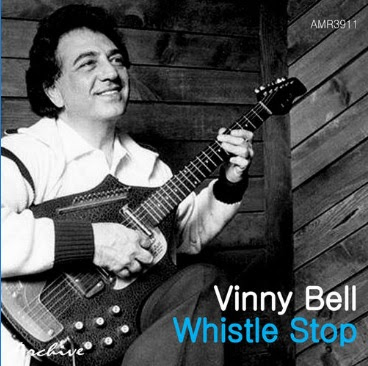 Vincent Edward Gambella (July 28, 1932 – October 3, 2019), known as Vinnie Bell, was an American session guitarist, and pioneer of electronic effects in pop music. He was the inventor of the electric 12-string guitar and the electric sitar. 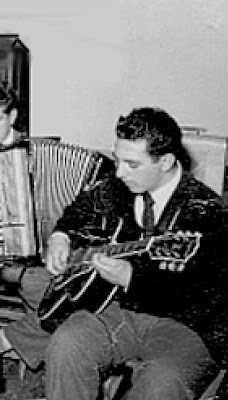 Vinnie Bell will go down in musical history as the inventor of the "watery" guitar sound that was a big fad in instrumental recordings of the late 1960s. Used most prominently on Ferrante and Teicher's 1969 Top Ten cover of the theme to "Midnight Cowboy," the effect became perhaps the most-copied technique among guitarists until the wah-wah pedal became standard equipment in the 1970s. Actually, Bell can probably take credit for the wah-wah pedal, too, as there is evidence that he built them as far back as the early 1950s. Constantly experimenting with home-made electronic devices to modify or distort electric guitar effects, Bell played on somewhere around a gazillion studio sessions in New York and Los Angeles throughout the 1960s and 1970s. 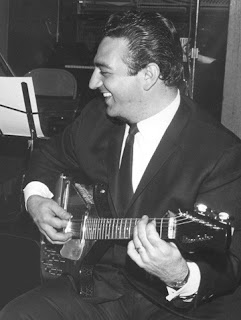 He was born in Brooklyn, New York City and picked up the guitar at an early age. When he was still in his teens, he was studying with two of the best players on the New York City scene, Carmen Mastren and Tony Mottola. Bell played in nightclubs in the New York City era into the early 1960s, but by 1962, he decided to devote his energies to working as a studio musician. Well before that, he was already sitting in as a session player on various recordings, often to take advantage of the unique guitar effects he was known for producing. His early wah-wah designs can be heard on such rare singles as "Jersey Bounce" by the Spacemen and "Smoke Rings" by the Overtones. A very early example of his "watery guitar" effect can be heard on "Barracuda," a 1959 single by the Gallahads on Vic (produced by Billy Mure, by the way). 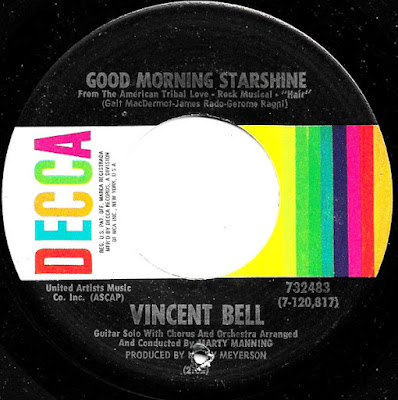 By 1962, Bell decided to devote his energies to working as a studio musician in New York and Los Angeles. He also helped design a number of electric guitar models with the company Danelectro for its Coral line of instruments, including the first electric 12-string guitar, and the electric sitar, which was used, not necessarily by Bell, on such hits as "Cry Like a Baby" by The Box Tops, "Green Tambourine" by The Lemon Pipers, "The Sounds of Silence" by Simon & Garfunkel and for artists such as The Four Seasons and Bob Dylan. He also recorded occasionally under his own name, his albums including The Soundtronic Guitar of Vincent Bell (Independent Record Company, 1960), Whistle Stop (Verve, 1964), and Pop Goes the Electric Sitar (Decca, 1967). 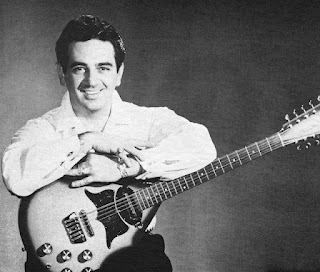 Bell left his indelible mark on many recordings. He added the distinctive "chick" sound that comes of the end of each phrase on Dionne Warwick's "Walk On By" and also stands out on Frankie Valli's "Can't Take My Eyes Off of You." For one of Joe Harnell's albums, he combined a Greek bouzouki with electronics to produce the "bellzouki." Charles Fox leaned heavily on Bell for his score for the legendary Jane Fonda space sex kitten saga, Barbarella. Even Lester Lanin succumbed to Bell's spell, hiring him and Fox for his album, Narrowing the Generation Gap. Several decades later, his pedalboard tremolo was used to tremendous effect in the bass guitar part that leads off Angelo Badalamenti's atmospheric theme to David Lynch's television series, "Twin Peaks." 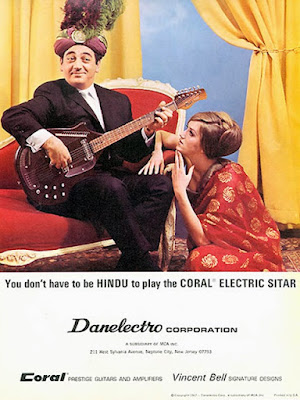 He recorded a cover of the love theme from the 1970 film, Airport. The last of these sold over one million copies and was awarded a gold disc. It also won a Grammy Award for Best Instrumental Composition in 1971, while Bell was nominated for Best Instrumental Performance. His work on television and radio commercial probably comprises over a thousand ads. He was voted Most Valuable Player on Electric Guitar seven times by the New York chapter of National Academy of Recording Arts and Sciences (NARAS) and given their Emeritus award in the late 80's. Throughout the years, Vinnie occasionally performed live with Peggy Lee, Sinatra, Barbra Streisand and others. By the '90s, he had played guitar or banjo in the Macy's annual New Year's Day Parade, for over 20 years. 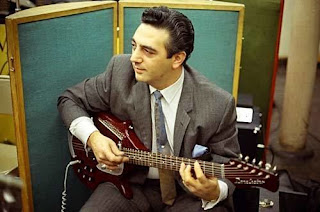 Bell was one of the few session men to regularly rate a mention in an album's credits or liner notes, at least when his special effects were a major ingredient. On the other hand, for every credit, there were hundreds of sessions, ranging from Herman's Hermits to Perrey and Kingsley's landmark Now Sounds from Outer Space album, for which his name was never mentioned. The sight of Vinnie Bell's name on an album is usually a sure sign of something well worth a listen. Any fans of The Family Guy, will know the theme song. Vinnie Bell played guitar for that session. 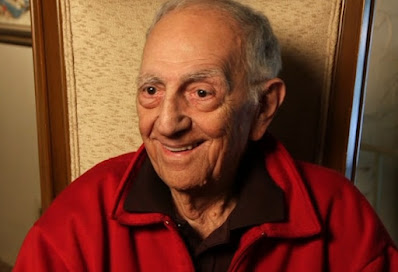 Bell had been suffering from the effects of Alzheimer’s Disease for five years. He died peacefully in his sleep, October 3rd, 2019, in Tenafly, New Jersey at the age of 87.

Tracking down his own recorded efforts can turn out to be an exercise, as he also recorded albums and singles as Vincent ,Vinnie and Vinny Bell for a variety of labels.

Great stuff. Thanks so much.

Interesting as always. Thank you

Thanx for these. A "new" artist = "new" hears here. As they used to say in a syndicated radio program (name??) "...and now you know the rest of the story!" His "sound" is vividly heard on Lemon Pipers' "Green Tambourine". LUV discovering these "hidden gems" of music history.