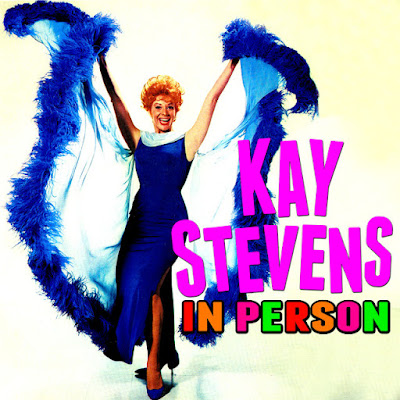 Kaye Stevens (July 21, 1932 – December 28, 2011) also known as Kay Stevens, was an American singer and actress remembered for her career on television and for headlining in Las Vegas top nightclubs. 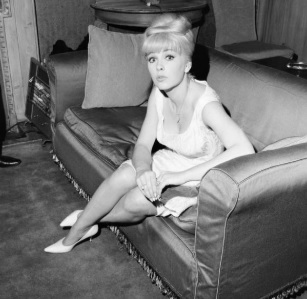 Born Catherine Louise Stephens in Pittsburgh, Pennsylvania on July 21, 1932, she was an only child. Her family eventually moved to Cleveland, where Stevens got her start as a drummer and singer, touring with her own trio as a twelve year old and sometimes drawing crowds of 1,500. She married bandleader and trumpet player Tommy Amato, and the couple performed together throughout the east. 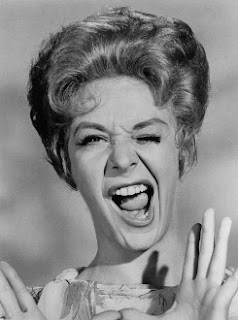 She was discovered by Johnny Carson sidekick Ed McMahon, who caught her while she was playing with the band in a Cherry Hills, New Jersey club. He provided her with a foot in the door that opened to Las Vegas and The Tonight Show, her first big break. Her second big break came at the Riviera in Vegas, where she was working the lounge. The evening's star attraction, Debbie Reynolds, became ill and Stevens filled in for her to rave reviews, launching her headliner cabaret career. She played at the Plaza Hotel's Persian Room, New York's Waldorf Astoria, and Caesars Palace, The MGM Grand, The Riviera, The Desert Inn and The Flamingo in Vegas. 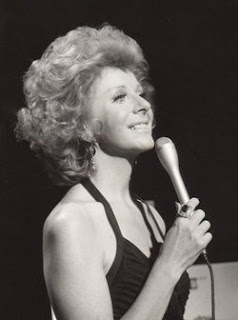 She toured with Rat Pack members Frank Sinatra, Dean Martin, Sammy Davis Jr. and Joey Bishop. Stevens released half dozen albums, including Liberty's "Live At The Copa" and Gordy's “The Temptation Show" soundtrack along with a handful of 45s.

Stevens started out in film in 1962 in "The Interns" and its 1964 sequel, "The New Interns," which earned her a Golden Globe nomination. In 1963 she appeared in "The Man from the Diners Club" and "Jaws 3," and had roles in a total of six films during her career. She also starred in Broadway shows like Mame, The Unsinkable Molly Brown, Sweet Thursday, Destry Rides Again, Annie Get Your Gun, Nunsense and Gypsy. 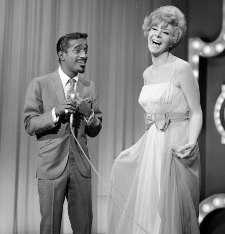 Her television credits included parts in CHiPS, Police Woman, Family Affair, The Adventures of Superboy and B.L. Stryker, and as a guest on the Ed Sullivan, Dean Martin, Jerry Lewis and Johnny Carson variety shows. A TV game show regular, she appeared on Hollywood Squares, Tattle Tales, To Tell the Truth, Toast of the Town, Celebrity Sweepstakes, Match Game, $25,000 Pyramid, The Price is Right and Password. 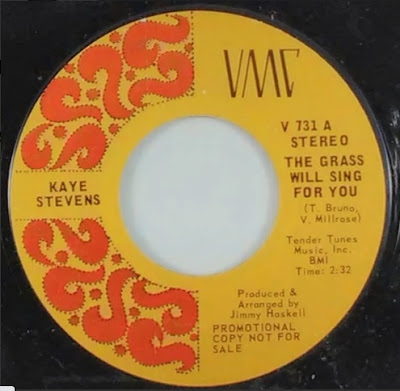 But Steven's main claim to TV fame was made between 1974-1979, when she played Jeri Clayton on the soap opera Days Of Our Lives. She portrayed a singer at "Doug's Place" and used that role to introduce the tune "You Light Up My Life" to TV, which later became a monster number one song and Grammy winner for Debby Boone in 1977. With all that going on, she pulled the plug on show biz after appearing in 1992's "Miss America: Behind the Crown" TV movie to concentrate on a musical ministry. She had always been a religious girl, but a USO tour knocked her off stride for decades. 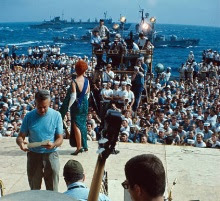 Stevens went with Bob Hope to Vietnam in 1965. She and Hope, as a result, became great friends. He named her in her book "Five Women I Love" and she sang at his funeral at the bequest of Hope's wife Dolores. Moved by the miserable conditions the boys were serving under, she passed out pairs of her signature gloves to the troops, and told them that if they ever came to one of her shows, all they had to do was show her the gloves and the night was on her to show her appreciation. 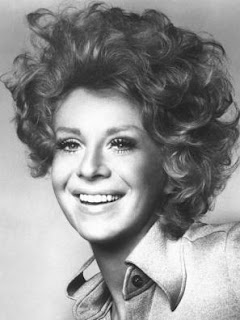 But the promise of a free night out didn't erase the impact Vietnam had on her. Stevens carried those memories with her, and like many of the troops she entertained, had trouble coming to grips with them when she returned home. Eventually she became an alcoholic and divorced Amato. It took her twenty years, but in the mid eighties she received some counselling, overcame her demons, and dedicated herself to her new calling.

Beginning in 1994, she was a regular on Rev. Robert Schuller's Hour of Power television show aired from his Crystal Cathedral, singing and testifying in front of 30,000,000 viewers. 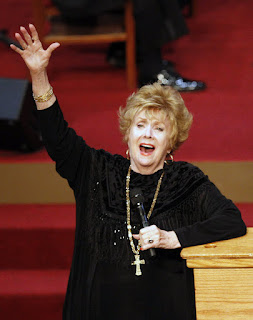 During the last twenty years of her life, Stevens raised money to build St. Vincent's Church and was a tireless worker in the non-denominational Christian movement and for veteran's issues. She would, in fact, only sing Christian or patriotic music. She also became quite the icon for her retirement home of Margate, Florida, and the town fathers named a park after their most famous citizen and calling card for putting them on the map.

Stevens suffered from breast cancer and clotting problems, and died on December 28th, 2011 at the age of 79. She left behind a legacy of song, stage, TV and movie stardom. (Edited mainly from Ron Leraci @ Old Mon Music)

A big thank you goes to the unknown up loader from way way back. Art work added from interenet.