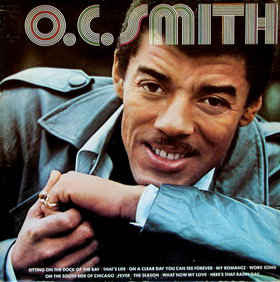 O.C. Smith (June 21, 1932 – November 23, 2001) was an American musician. His recording of "Little Green Apples", went to number 2 on the Billboard Hot 100 in 1968, and sold over one million records.
Born Ocie Lee Smith in Mansfield, Louisiana, Smith moved with his parents to Little Rock, Arkansas, and then moved with his 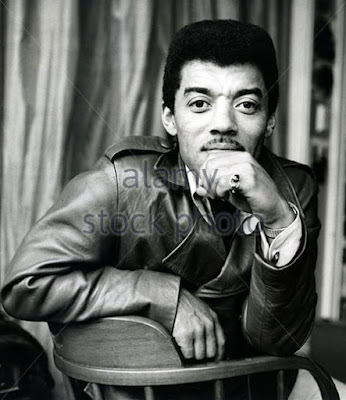 mother to Los Angeles, California after his parents divorce.
After completing a psychology degree at Southern University, Smith joined the Air Force, and served throughout the U.S., Europe and Asia. While in the Air Force, Smith began entering talent contests and toured with Horace Heidt. After his discharge in July 1955, Smith went into jazz music to pay the bills.
Smith gained his first break as a singer with Sy Oliver and made an appearance on Arthur Godfrey's Talent Scouts. His success on that show led to a recording contract with Cadence Records. Smith's debut release was a cover of the Little Richard hit "Tutti Frutti" in 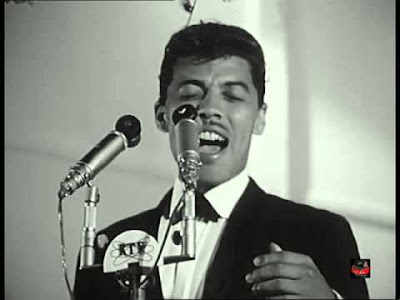 December 1955. The song was not a hit, but convinced MGM Records to sign Smith to a solo contract, resulting in three more releases, but still no hits.
In 1961, Smith was recruited by Count Basie to be his vocalist, a position he held until 1965. He also continued to record with different labels, but a hit remained elusive. By 1968, Smith's then label, Columbia Records, was ready to release him from his recording contract, when he entered the charts for the first time with "Son of Hickory Holler's Tramp", which reached number 2 in the UK Singles Chart and also broke the Top 40 in the United States. In 1976 Kenny Rogers revived the hit as a country song. 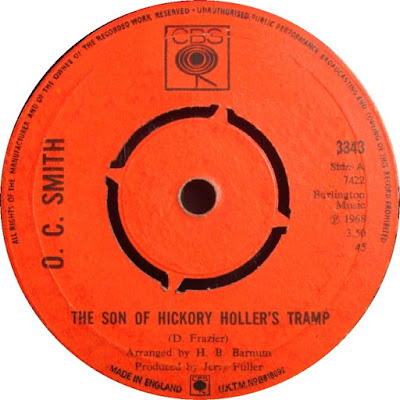 Smith changed the first part of his name to O.C. and recorded the Bobby Russell written song "Little Green Apples," which went to number 2 on the Billboard Hot 100 and won Russell the 1969 Grammy Award for Song of the Year. It received a gold record from the R.I.A.A. for sales of one million records. 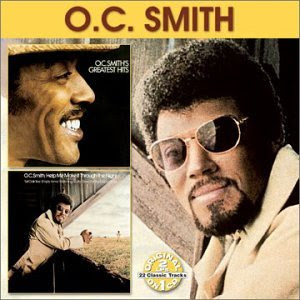 He continued to record, reaching the R&B, Adult Contemporary and pop charts in his home country with the likes of "Daddy's Little Man", "Friend, Lover, Woman, Wife", "Me and You" and "Love To Burn". He also returned to the UK Singles Chart in 1977 with "Together", reaching a Top 30 position.
After CBS, Smith united with Charles Wallert, who wrote and produced the title track as well as the album for "Dreams Come True" that returned Smith to the national charts. The Whatcha Gonna Do album, resulted in three nationally charted singles for a total of 40 weeks. This album contained "Brenda", "You're My

First, My Last My Everything" and "Spark Of Love". Additional hits "The Best Out Of Me" and "After All Is Said And Done" established Smith as a Beach Music star. Nominated for six awards at the third Beach Music Awards, Smith captured five.
﻿﻿﻿
Smith became pastor and founder of The City Of Angels Church in Los Angeles, California where he practiced for 16 years until his death in 2001 from a heart attack. Four thousand people attended his funeral. One of his last recordings, "Save The Last Dance For Me" reached the number one position on the Rhythm n' Beach Top 40 chart. 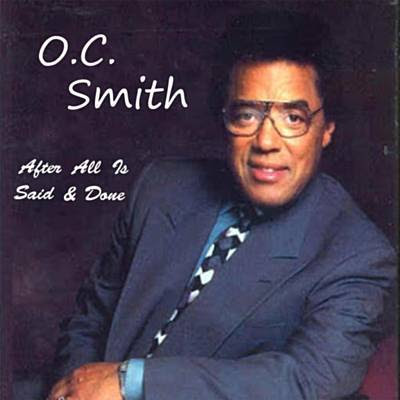 Shortly after his death, Governor Jim Hodges proclaimed June 21, 2002, 'O.C. Smith Day' in the State of South Carolina. Smith was posthumously elected to the Carolina Beach Music Hall of Fame in November 2002. His book Little Green Apples: God Really Did Make Them that he co-wrote with James Shaw was published posthumously in 2003. (Info mainly Wikipedia)

Thank you for this gem! Greatly appreciated.