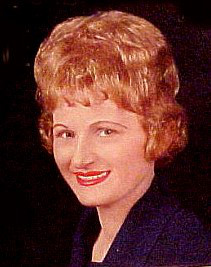 Connie Hall (b. June 24, 1929 in Walden, Kentucky) is an American country music singer, who had brief success as a country music artist in the late 1950s and 1960s. She is also a songwriter. 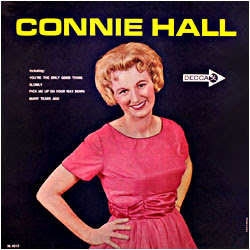 Connie Hall had a brief career as a country music artist in the late 1950s and 1960s. This was helped by her two hits "Fool Me Once" and "It's Not Wrong". Hall was born in Walden, Kentucky, but she grew up in Cincinnati, Ohio. She started singing and performing as a teenager. At age 21, Hall worked at the Jimmie Skinner Music Center in Ohio. She soon got a spot on a radio show, on "WZIP" in Covington, Kentucky, the birthplace of popular 1960s Country singer Skeeter Davis. It was In 1954, that Jimmie Skinner hired Hall to sing on his radio show at "WNOP" in Newport, Kentucky, and Hall soon accepted. She appeared on his show and 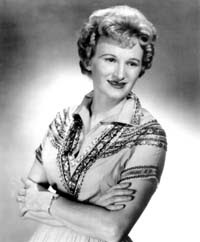 others regularly for several years and also worked as a weather girl on Jimmy Skinner's television show.


In 1957, Connie Hall signed a recording contract with Mercury Records. Her recording debut came that same year. The debut single was a duet with Jimmie Skinner called "We've Got Things In Common". The song was very successful, climbing to Top 10 in Billboard. She released her first single as a solo artist in 1958, with the song "I'm the Girl In the USA". Once again, her single climbed onto the charts. 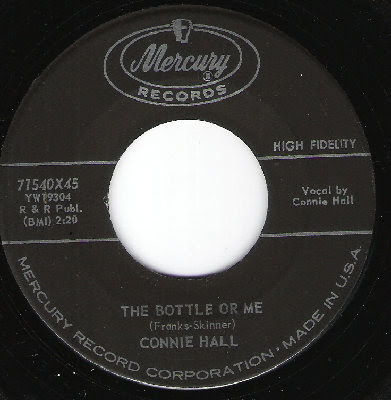 The following year, 1959, proved to be more successful than the previous two years. The single she released that year called "The Bottle or Me" peaked in the Country Top 40, and came close to making the Top 20. In 1960, Hall signed on with Decca Records (which would become the future home of Patsy Cline and Loretta Lynn). Her producer Harry Silverstein promised Connie would 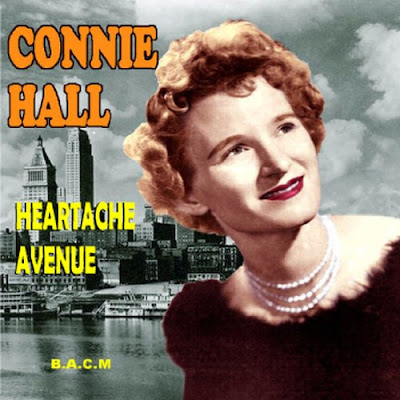 have a hit. With his help, she soon achieved one.


He produced Hall's first two singles, which were released on a back-to-back single. The A-side of the single was the song "There's Poison In Your Hand". The A-side made it all the way to the Country Top 25 in 1960. Its B-side "It's Not Wrong" (which was an answer song to the 1958 Warner Mack hit "Is it Wrong (For Loving You)?"), became Hall's biggest hit. The song reached the Country Top 20, meaning Connie Hall finally achieved an official hit song. 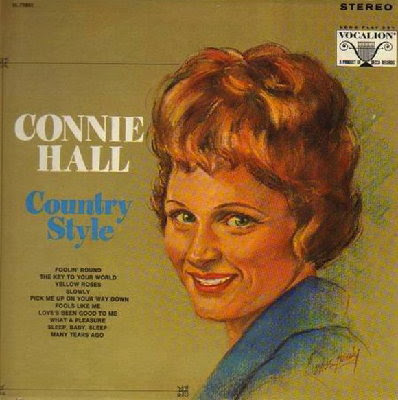 For three more years, Hall remained under Decca Records, making seven more respectable hits, like "Sleep, Baby Sleep" and "Fool Me Once". Also during this time, she performed on the Grand Ole Opry, Louisiana Hayride, and Midwestern Hayride.


In 1964, Hall left Decca Records and switched to Musicor Records, where she remained until 1967. Married in 1950, Hall continued to reside in Independence, Kentucky, until 1970, when she and her husband moved to the Louisville area, where she resides today. (Info Wikipedia)
Posted by boppinbob at 09:26