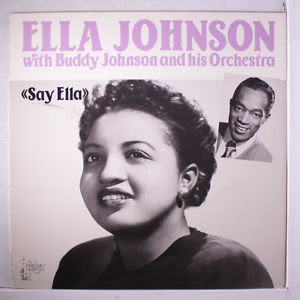 Ella Johnson (June 22, 1919 – February 16, 2004) was an American jazz and rhythm and blues vocalist who spent her entire professional career of almost two decades as a featured singer with the orchestra led by her brother Buddy.  Her singing drew comparisons to Ella Fitzgerald and Billie Holiday. Her sweet, soulful voice features on many of the band's finest recordings. 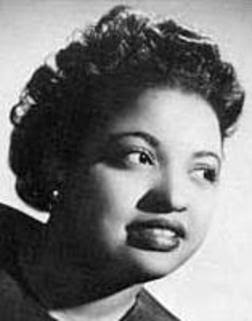 Like her older brother Buddy, Ella had an early interest in music. By 1939, Buddy, who had left South Carolina for New York City, had made his first record for Decca, a major label that handled popular artists of the 1930s and 1940s including Bing Crosby, Louis Armstrong, and the Andrews Sisters. Buddy's first single, "Stop Pretending (So Hep You See)," was a success. While still a teenager, Ella followed her brother's footsteps to New York City, where Buddy immediately found a place for her in his band, which also included singers Arthur Prysock, Nolan Lewis, and Floyd Ryland.


Buddy Johnson and His Orchestra became a mainstay act in New York City, where they regularly performed at Harlem's Savoy Ballroom, and they also became a popular national touring band. Ella earned praise for her ability to sing uptempo, jazzy blues tunes called "jump blues" as well as luscious ballads. In 1940 she recorded her first hit single with "Please, Mr. Johnson," a song written by Buddy. With this hit, Ella stood out among the numerous female vocalists of the era. 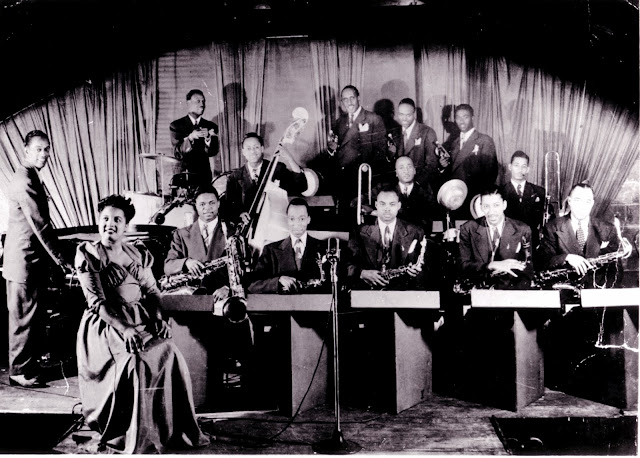 For the rest of the 1940s, and into the 1950s, the Johnsons were a leading act in black music. The orchestra was popular not only in New York, where it caught the ear of dancers at the Savoy ballroom with its enticing walk 'em rhythm, but up and down the east coast and across the south, winning a trade award in 1949 as Kings of the One-Nighter Circuit. 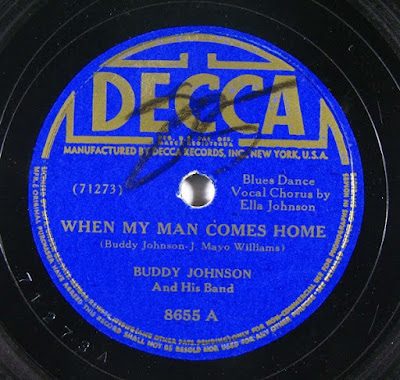 Ella's contribution to its success can be gauged by its hit-list: several of the band's most popular numbers were vocal features for her, such as When My Man Comes Home (No 1 in the R&B chart in 1944) and That's The Stuff You Gotta Watch (No 2 in 1945). She also gave a gorgeous reading of Buddy's song Since I Fell For 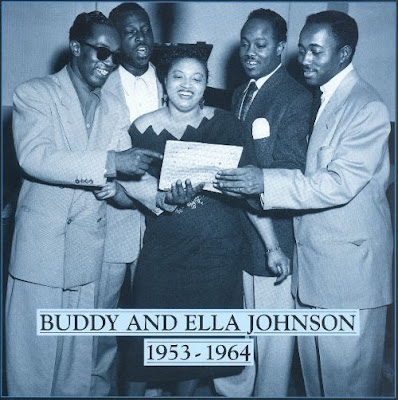 You, now a standard.
Like many black bandleaders, Buddy Johnson was threatened by rock'n'roll in the mid-1950s, but he had a rare skill of adapting to changing styles and made a number of rock'n'roll-oriented recordings that were quite well received at the time and are not embarrassing today. Ella showed some of the same versatility, and had a further chart entry in 1956 with I Don't Want Nobody. It was their nonstop touring, however, that kept the band fresh.


By the 1960s, the era of the big band became over-shadowed by the popularity of rock and roll, and the Johnsons could no longer book shows on the dance-hall circuit because that venue was disappearing. Buddy broke up the band, and with this move Ella's 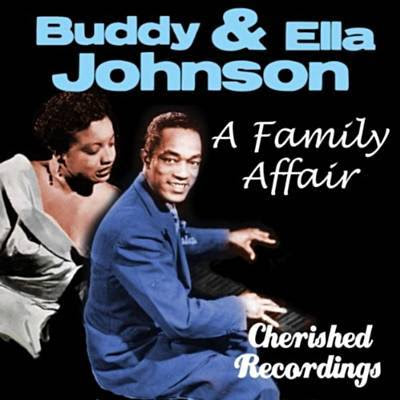 singing career effectively ended. Many have speculated why Ella Johnson never achieved the celebrity status of other female singers of her time period. Some critics have felt that she may not have had the confidence to perform without Buddy.


In the 1960s, Ella Johnson retired from music to take care of Buddy, who was diagnosed with sickle cell anemia. After Buddy died in 1977, Ella lost a legal battle over her brother's copyrighted material and gained very little from his estate. And a short time later, her only son became the victim of murder.


Admirers tried to persuade Ella to make a comeback, at least on record, but, as the R&B historian Peter Grendysa wrote in 1978, 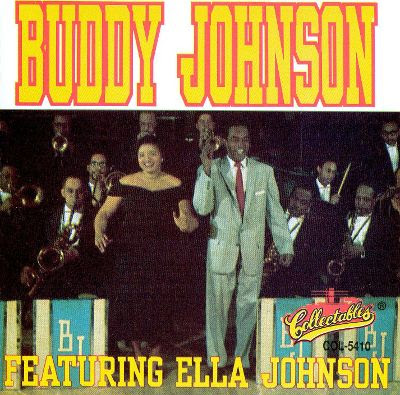 "the changes that have come about in studio techniques since her last session are bewildering to her, especially without Buddy's reassuring presence and direction".


Ella never did return to the studio, and, by the mid-1980s, researchers who visited her Harlem apartment found her memory failing. Ella's condition declined in her later years as her memory lapsed. Despite fading from the public eye, her work was not forgotten. In 1992 the Rhythm & Blues Foundation honored Ella with a Pioneer Award and $15,000, in recognition of her singing career during the 1940s.


(Info edited from Gale musician profiles & The Guardian)
Posted by boppinbob at 13:49


This generous 28-track set from Rev-Ola Records features several of Ella's vocals on Buddy Johnson sides originally released by Mercury Records between 1953 and 1955, including Ella's perfectly nuanced (she sounds positively annoyed) "Hittin' on Me," the dubiously trusting "My Old Man," the gorgeous hitting-the-road threat "Any Day Now," the defiant "Well Do It!," and the aching "It's About to Break My Heart in Two," all of which are essentially jump numbers but they edge very close to the feel of rock & roll, particularly given Ella's playful vocal phrasing.

Thanks for an excellent post on a forgotten talent. That Rev-Ola collection of Mercury sides is very hard to find nowadays. The earlier Buddy Johnson Decca sides featuring Ella are tremendous and well worth tracking down.