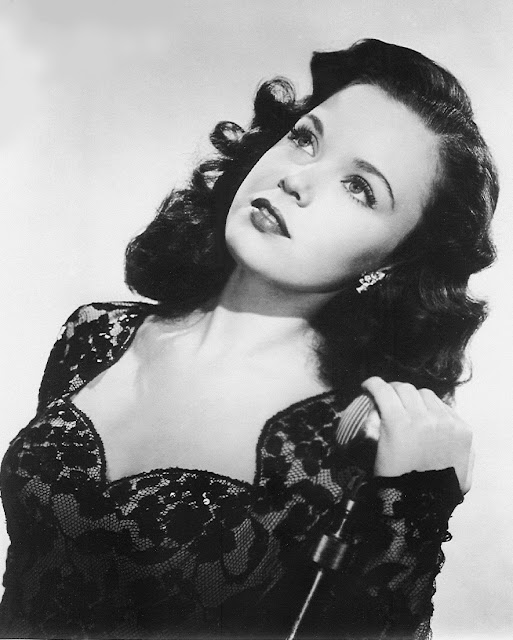 Gloria Jean (born April 14, 1926) is an American actress and singer who starred or co-starred in 26 feature films between 1939 and 1959, as well as making numerous radio, television, stage, and nightclub appearances. 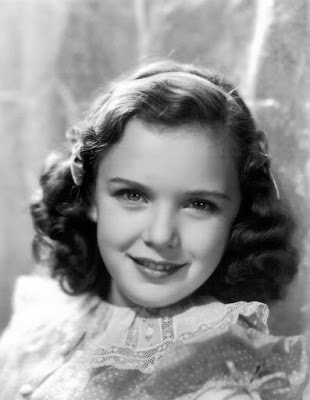 is Pennsylvania Dutch. Her family moved to Scranton, Pennsylvania, She had three sisters, Sally, Lois, and Bonnie. The family was involved in her career, with Lois serving as stand-in for the actress and their father managing her career. Gloria Jean was 3 years old when she first sang on radio.


After moving to Scranton, Pennsylvania, Gloria Jean sang on radio with Paul Whiteman's band. When she was 12, "she was engaged by a smallish New York opera company and became the youngest member of an opera troupe in the United States.


Gloria Jean was being trained as a coloratura soprano, when her voice teacher, Leah Russel, took her to an audition held by Universal Pictures movie producer Joe Pasternak in 1938. Pasternak had guided Deanna Durbin to stardom, and with Durbin now advancing to ingénue roles, Pasternak wanted a younger singer to make the same kind of musicals. Up against hundreds of others, Gloria Jean won the audition.


Under contract to Universal, she was given the leading role in the feature The Under-Pup (1939), and became instantly popular with moviegoers. Universal's publicity department initially claimed the singer was 11 years old instead of 13; her actual age was not well known for many decades. For her next two vehicles, she co-starred with Bing Crosby in If I Had My Way 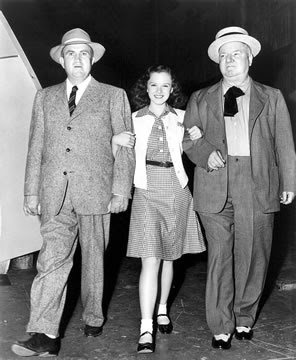 (1940) and starred in the well-received A Little Bit of Heaven (also 1940), which reunited her with many from the Under-Pup cast. Her best-known picture is her fourth, Never Give a Sucker an Even Break (1941), in which she co-starred with W. C. Fields.


Universal recognized the need for musical entertainment during wartime, and Gloria Jean became one of Universal's most prolific performers; during the war years she made 14 feature films. Most were "hepcat" musicals, which were geared to the teenage market of the day, and Universal often used them to introduce new young talent, including Donald O'Connor, Peggy Ryan, Mel Tormé, and Marshall Thompson. 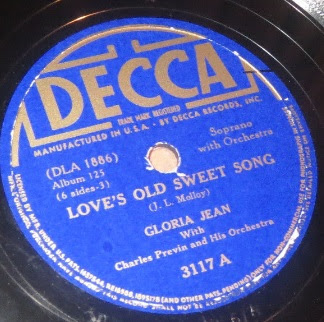 Gloria Jean made a successful transition to young adult roles. Her dramatic tour de force, as a blind girl being menaced by an escaped killer, was filmed as one of four vignettes for Julien Duvivier's Flesh and Fantasy (1943). Her performance won raves at the film's advance preview, and her segment was the best-received of the 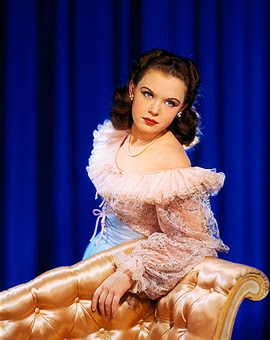 four. However, Universal removed the half-hour sequence and shelved it until 1944, when it was expanded into a feature-length melodrama, Destiny.


When Gloria Jean's Universal contract expired at the end of 1944, she was persuaded by her agent to not renew it, citing the need for "a transition period to make the change from child to adult roles." Instead, she made personal appearances across America. The successful tour prompted a new tour of Europe. In England, her rendition of "The Lord's Prayer" (and the lyric "forgive us our debts") was taken by some critics as a pointed comment about America's lend-lease policy. Thus the European tour ended abruptly and Gloria Jean returned to Hollywood.


As the 1950's began, television was taking off in popularity. Gloria made several singing shorts that were aired during television's early days. Other than that and a few guest appearances on TV series, 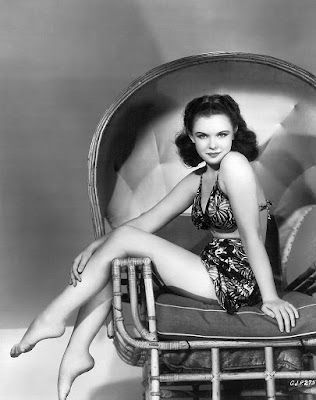 Gloria's acting career was virtually finished. She appeared in the forgettable "Air Strike" in 1955 and she worked in a couple of movies that were never released.


Jerry Lewis found her working as a restaurant hostess and gave her a part in his movie "The Ladies' Man", which was meant to re-launch her career. Unfortunately, her scenes were cut from the final release. Gloria married shortly after that movie, a short-lived marriage which happily produced a son. At that point, Gloria virtually retired from the screen. She went to work for Redken (a cosmetics firm) until her retirement in 1993. 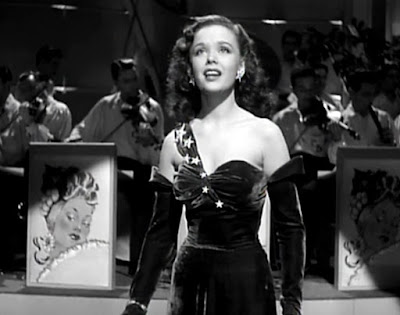 Gloria was reintroduced to a limelight of sorts by the magic of Ebay, where her movies (many of which are in the public domain) were being sold. Through the help of her sister Bonnie (who handled the computer end of things: Gloria didn't do "Windows"), Gloria got onto Ebay herself, selling copies of the movies she appeared in, as well as signed photographs (copies of old publicity shots) of herself. Spurred by the popularity of these, Gloria published her autobiography "Gloria Jean: A Little Bit of Heaven" in 2005. 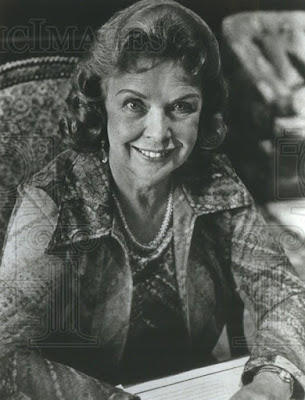 After her sister Bonnie's death in 2007, Gloria moved to Hawaii, where she now lives with her son and his family.  (Info mainly edited from Wikipedia)

Beginning with the great success of Deanna Durbin in the thirties and forties, the Hollywood studios sought out the talents of many young sopranos in a bid to attract cinema audiences. Many were tried, but few achieved any lasting glory. In this new compilation Flare presents the four most successful of the young Hollywood sopranos - Deanna Durbin, Gloria Jean, Jane Powell and Anna Maria Alberghetti.

The girls have seven stunning tracks apiece: among them a number of previously unreleased recordings. Deanna Durbin’s Les Filles de Cadiz is a case in point, the recording, with orchestration complete with castanets - having been taken from the original soundtrack of That Certain Age. Heard also is the complete recording of Say a Prayer for the Boys Over There.

Surprisingly, none of Gloria Jean’s recordings have been on CD before, and it is thrilling to hear this young, pure coloratura soprano exhibiting her great talent in such songs as If I Were Only a Swallow and The Voices of Spring.

The Jane Powell selection presents several soundtrack recordings from her films, notably Song of the Open Road and Luxury Liner - plus a fine track from one of her radio appearances.

Anna Maria Alberghetti, the last artist to be heard, thrills again with her wonderful lyric and coloratura - notably in Caro Nome, from the original soundtrack of Here Comes the Groom, and her rendition of Lo! Hear the Gentle Lark. The CD ends with two of her lovely songs from the Broadway show Carnival, in which she scored such a success. (Flare records catalogue info)

From Mel Tormé’s autobiography, “It Wasn’t All Velvet:

Gloria Jean was the most unaffected, unspoiled teenage star I ever met. She had a clear piping voice and a somewhat tremulous vibrato, which did not, however, detract from the pleasant quality of her singing. Years later, when I had become well-known, I walked into a restaurant out in the Valley, and a nice-looking, somewhat matronly hostess led me and my date to a table. She handed us menus, smiled at me, and extended her hand.

My jaw dropped a quarter inch. I stood and hugged her and, at that moment, felt more hatred for this business than I ever had before or would afterward. When Gloria Jean’s usefulness to the studio was over, she was thrown out unceremoniously among the civilians to make of her life what she could.

Thanks der bajazzo for your input.

It has just been publicised that Gloria Jean passed away on August 28th.