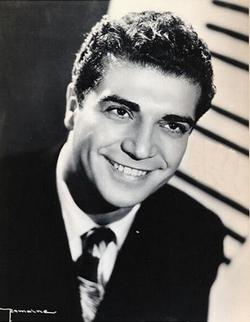 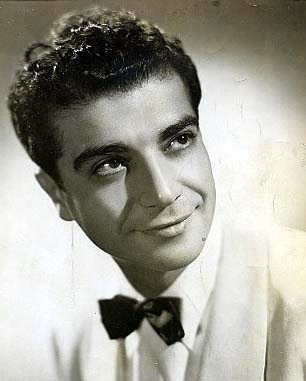 Fina was born in Passaic, New Jersey, and educated at the New York College of Music and was a student of August Fraemcke and Elsa Nicilini. He started out playing piano in Clyde McCoy's band sometime in the 1930s, but it wasn't until he joined Freddy Martin’s band in 1936 that he gained real fame. When Martin began in 1941 heavily featuring his big band adaptations of classical compositions, the lion’s share of the solos went to Fina. Such pieces as Tonight We Love, the Grieg Piano Concerto, Warsaw Concerto, Rachmaninoff Piano Concerto #2, and Bumble Boogie all showcased Fina at the keyboard.

After leaving Martin in 1946, Fina formed his own 16-piece band. His first appearance was at the Claremont Hotel. The vocals were handled by Harry Prime and Gil Lewis. With good air time and good recordings, Fina became a national figure. Because of this, Fina appeared at some of the top venues in the country, including Elitch’s Gardens in Denver, the Chase Hotel in St. Louis,  the Waldorf-Astoria, the Aragon Ballroom, and the famous illegal gambling casino/night club in Galveston, the Balinese Room. Though well-received, he never quite reached the level of fame to which some other leaders had risen during the height of the big bands. 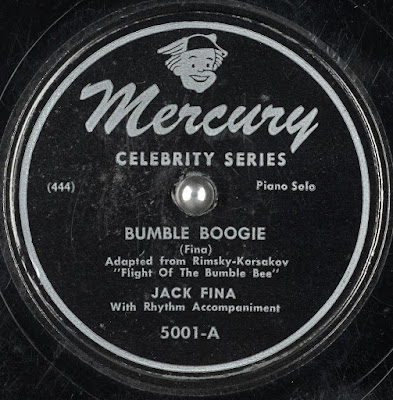 Fina made two dozen sides for Mercury in 1946-47 (the first were just his piano with rhythm accompaniment), then he switched to MGM in 1947, for whom he recorded with 14 to 16-piece ensembles into 1954. Actress Debbie Reynolds made one record with his orchestra, Oops!, on October 29, 1951. By reducing the size of his group as the '50s went on, Fina continued to find steady employment. 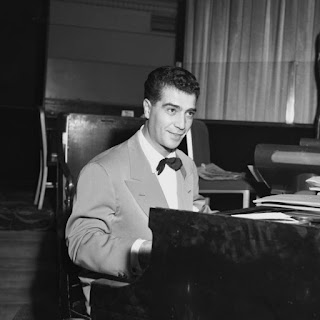 He also appeared in several films, including Melody Time (sequence Bumble Boogie, 1948) and Disc Jockey (1951). A noted songwriter, his credits included Dream Sonata (his theme song), Chango and Piano Portraits. He also operated a talent agency called the Concerto Music & Entertainment Agency with his manager Al King.  From 1960 - 1968 Fina led a small band in the Persian Room of the Beverly Hills Hotel in California, which included Nick Pelico on drums. It was also around the same time that he appeared as a solo act on Dick Sinclair’s television show. 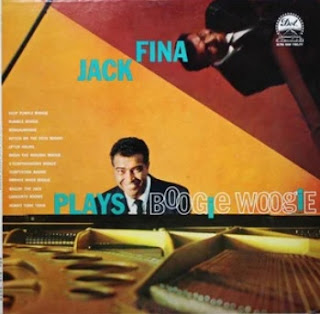 In the spring of 1970, Fina died aged 56, from a heart attack during an engagement at the Beverly Hills Hotel, Sherman Oaks, California. He is buried at Forest Lawn Cemetery, Hollywood Hills.
(Edited from Wikipedia & bigbandlibrary.com)

A big thank you to Jose Sandoval @ A Walk In The Black Forest for active link.