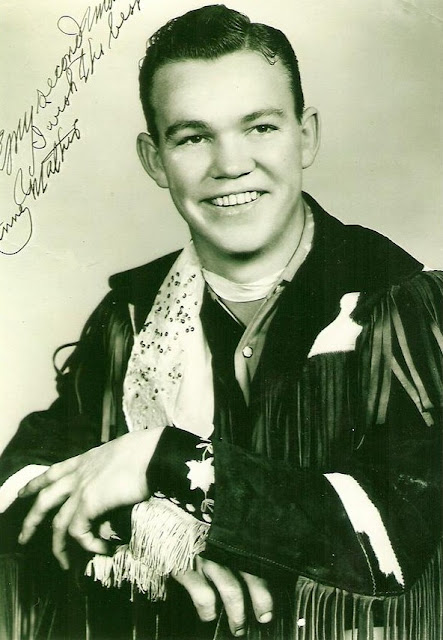 Johnny "Country" Mathis (September 28, 1930 – September 27, 2011) was an American country music singer and songwriter. He is credited with penning more than 500 tunes over the course of his long career.
John Mathis was born on September 28, 1930, in Maud, Texas. In 1949, he began singing professionally when he was signed to the Star Talent Label with partner Jimmy Lee Fautheree, as the country duo Jimmy and Johnny. Together they scored a Top 10 hit with "If You Don't Somebody Else Will" (1953). 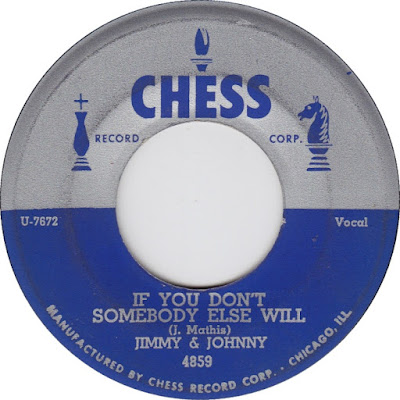 In 1955, Jimmy and Johnny were teamed with Elvis Presley and the Louisiana Hayride stars for tours which increased their popularity. They also appeared on the Big D Jamboree. In 1951 they were signed to Capitol Records; they also recorded for Feature Records 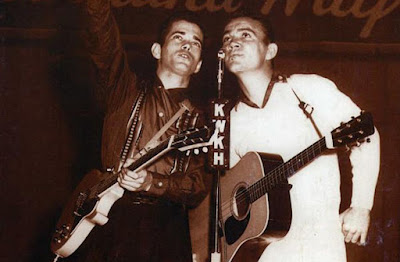 and Chess Records. Johnny was later replaced by Jimmy's brother, Lynn Fautheree; but the name of the duo did not change, as the producers feared a career slump.
By the mid-'50s, Mathis went solo, recording a string of records for Dallas' renowned D Records, (including a rockabilly single, "Bee-Boppin' Daddy," under the name Les Cole & the Echoes), Decca, United Artists, and Little Darlin. 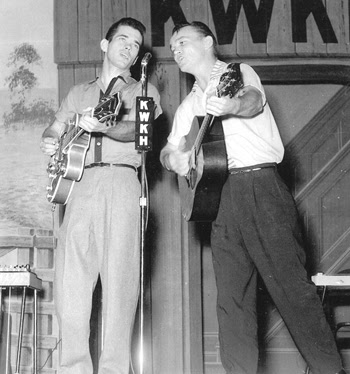 Mathis also appeared in the Grand Ole Opry, The Wilburn Brothers Show, Nashville Now, and other country music shows. In the following years he wrote such hits as "Something In Your World", "Every Time I Look At You", "You Can Tell The World", "I Owe It To My Heart", and "I'm Gonna Thank Jesus".
In the early 1960s he signed with United Artists as a solo act, billing himself as Country Johnny Mathis to avoid being confused with pop singer Johnny Mathis, and had his biggest hit single with "Please Talk to My Heart" in 1963.
He is credited with penning more than 500 tunes over the course of his long career. Numerous artists have recorded his songs, including George Jones, Charley Pride, Johnny Paycheck, Tammy Wynette, Wanda Jackson and rocker Elvis Costello. Johnny also 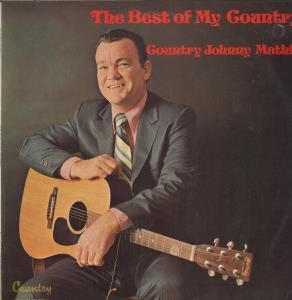 fell into the story of many Nashville songwriters of those days as he would often sell his share of rights to songs he had written, most still bare his name. His song accolades further include gold records, Country radio hits and BMI airplay performance awards.
From the 1970s to 1990s, he spent most of his time evangelizing across the country, writing and singing Gospel music.
Mathis suffered a massive stroke in February 1999, and was no longer able to perform. The stroke left him in poor health until his death from pneumonia, in Cornersville, Tennessee on September 27, 2011, on the eve of his 81st birthday. (Compiled mainly from All Music & Wikipedia)

I'd love to find a compilation of Johnny's solo recordings from the 60's but alas there doesn't seem to be any! So I found this self-titled 1965 gospel album instead on YouTube. So for “Country Johnny Mathis” (1965) go here:

The liner notes to Country Johnny Mathis' self-titled album state that in 1964 Mathis "renounced country music to become a full-time missionary in the Lord's word." The album is Mathis' first long-player despite his having been a recording artist since the early '50s, and asserts his change of direction on 12 country gospel songs colored with chiming steel guitars. Sacred standards such as "Old Time Religion" and "Precious Memories" accompany lesser-known selections on this sturdy, old-fashioned spiritual offering. Mathis' renunciation of country music was very short-lived, and he returned to recording secular songs for the Little Darlin' label one year later. (AllMusic Review by Greg Adams)