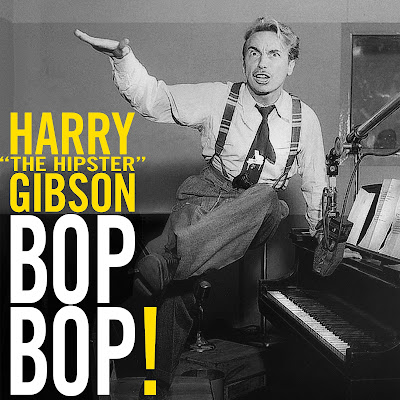 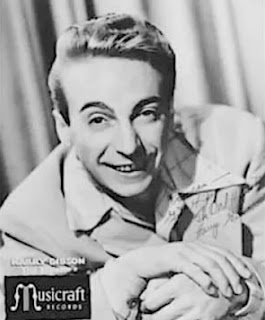 Gibson was Jewish. He came from a musical family that operated a player piano repair shop. He began playing piano in the 1920s as a child, in the Bronx and Harlem. His first professional piano gig was at age 13 with his uncle's orchestra. He began playing boogie woogie and talking in a jive style. He was invited into black speakeasies in Harlem to play piano while still a teenager. 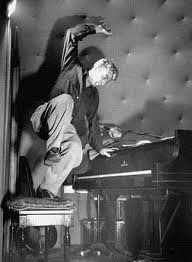 In the 1930s, after Prohibition ended, Gibson played regularly in Harlem nightclubs. He punctuated his piano stylings with a running line of jive patter, which can be traced directly to recordings of the late-1930s jazz personality Tempo King, particularly "I'll Sing You a Thousand Love Songs" with its enthusiastic exclamations. After King's death in 1939, Gibson made King's vocal mannerisms his own.

Gibson was fond of playing Fats Waller tunes, and when Waller heard Gibson in a club in Harlem in 1939, he hired him to be his relief pianist at club dates. Between 1939 and 1945, Gibson played at Manhattan jazz clubs on 52nd Street ("Swing Street"), most notably the Three Deuces, run by Irving Alexander, and Leon and Eddie's run by Leon Enkin and Eddie Davis. During one audition for a nightclub engagement, where he played piano for a girl singer, he gave his true name of Harry Raab. The club owner insisted on a "showbiz" name, shouting, "I'm calling you two The Gibsons!" Harry adopted Gibson as his professional name. 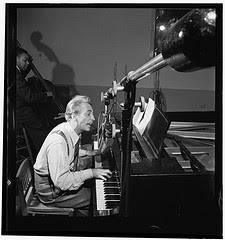 In the 1940s, Gibson was known for writing unusual songs considered ahead of their time. He was also known for his unique, wild singing style, his energetic and unorthodox piano styles, and his intricate mixture of hardcore, gutbucket boogie rhythms with ragtime, stride and jazz piano styles. He took the boogie woogie beat of his predecessors, but he made it frantic, similar to the rock and roll music of the 1950s. Examples of his wild style are found in "Riot in Boogie" and "Barrelhouse Boogie". An example of his strange singing style is "The Baby and the Pup." Other songs that he recorded were "Handsome Harry, the Hipster," "I Stay Brown All Year 'Round," 4-F Ferdinand the Frantic Freak," "Get Your Juices at the Deuces" and "Stop That Dancin' Up There." 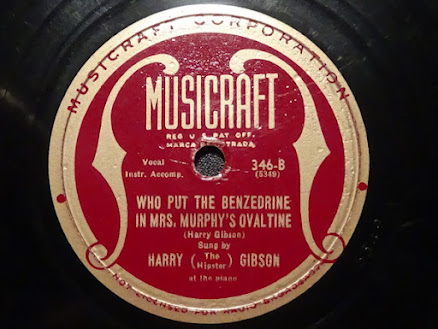 In his autobiography, he claimed he coined the term hipster between 1939 and 1945 when he was performing on Swing Street, and he started using "Harry the Hipster" as his stage name. Gibson's wild-man theatrics belied the fact that he was also a highly trained classical musician. While working on "Swing Street" at night, he was a fellow at the Juilliard Graduate School during the day. Gibson was invited to perform at Carnegie Hall, for a jazz concert held on December 2, 1944. Gibson performed a serious rendition of Bix Beiderbecke's piano piece "In a Mist." A recording contract with Musicraft Records followed, resulting in the hit album "Boogie Woogie in Blue." 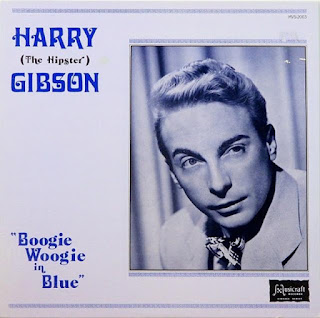 He recorded "Who Put the Benzedrine in Mrs. Murphy's Ovaltine?", released in January 1946. Radio stations across America refused to play it, and he was blacklisted in the music industry. Although his mainstream movie appearance in Junior Prom was released that year, it could not overcome the notoriety of the "Benzedrine" record. His own drug use led to his decline, and with the rising popularity of young rock-and-roll musicians among teenagers in the 1950s, older musicians were not in demand. 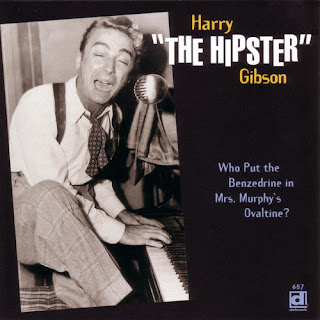 In the 1960s, when Gibson saw the success of the Beatles, he switched to rock and roll. By the 1970s, he was playing hard rock, blues, bop, novelty songs and a few songs that mixed ragtime with rock and roll. His hipster act became a hippie act. His old records were revived on the Dr. Demento radio show, particularly "Benzedrine", which was included on the 1975 compilation album Dr. Demento's Delights. 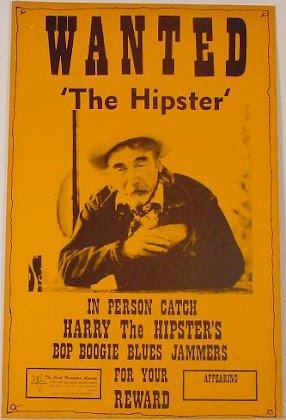 His comeback resulted in three more albums: Harry the Hipster Digs Christmas, Everybody's Crazy but Me, (its title taken from the lyrics of "Stop That Dancin' Up There") (Progressive, 1986), and Who Put the Benzedrine in Mrs. Murphy's Ovaltine (Delmark, 1989). The latter two feature jazz, blues, ragtime, and rock and roll songs about reefer, nude bathing, hippie communes, strip clubs, male chauvinists, "rocking the 88s", and Shirley MacLaine.

Gibson may have been the only jazz pianist of the 1930s and 1940s to go on to play in rock bands in the 1970s and 1980s. The only constants were his tendency to play hard-rocking boogie woogie and his tongue-in-cheek references to drug use. Suffering from congestive heart failure, Harry had long ago decided that he would end life on his own terms if he ever became chronically ill. Harry Gibson took his own life by putting a handgun to his head on May 3, 1991. He was 75.   (Edited from Wikipedia)

Audio restoration by Irwin Chusid
Tracks derived from a myriad of sources.VBR

This collection is a rebuttal to those who think Harry "The Hipster" Gibson was a one-hit wonder, whose only claim to immortality is "Who Put the Benzedrine in Mrs. Murphy's Ovaltine," a controversial (at the time) 1946 platter made belatedly famous by Dr. Demento. The Good Doctor was onto something—and Barry Hansen is no doubt familiar with a good deal of Harry's exciting work—but very few of these recordings have made it onto the radio airwaves since the 1940s.

If you like your jazz loose, uninhibited, a bit risqué, aggressive, and somewhat unhinged, Harry's your glass of spirits. His piano stylings—a gumbo of boogie-woogie, Dixieland, stride, bebop, ragtime, and the odd classical steal—are frenetic, accented with lots of rhythmic pounding on the keys (Harry was probably an influence on Jerry Lee Lewis). Yet Gibson can settle in for a thoughtful spell, with graceful, melodic passages and energy in reserve (check his Carnegie Hall performance of Bix Beiderbecke's "In a Mist" on this collection). His lyrics are often libidinous—Harry loved the ladies—with sly references to drugs and booze, rent parties, all-nighters, and living on the outskirts of polite society.

Thanks Bob ! Some on here That are new to me !