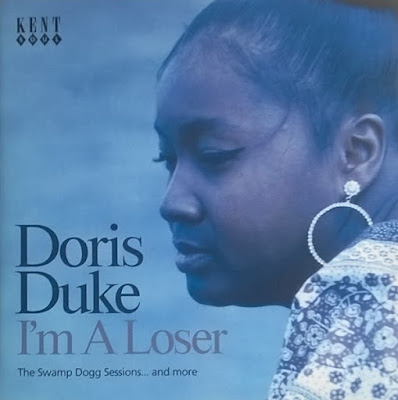 Doris Willingham (May 18, 1941* – March 21, 2019), known for much of her singing career as Doris Duke, was an American gospel and soul singer, best known for her 1969 album I'm a Loser which is considered by many to be the greatest Deep Soul album of all time. 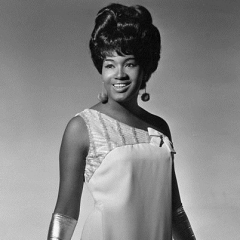 Doris Duke was born Doris Curry in Sandersville, Georgia. She received her early childhood education from Miller Street Elementary School and Southside High School. She developed a love for gospel music early on at the age of 3 years old and later reportedly started singing with gospel groups including the Queen of Gospel Albertina Walker and The Caravans, though this has been questioned. By 1963 she was working in New York City on sessions and as a backing singer at the Apollo Theatre. She also recorded some demos for Motown Records, but none were ever released. 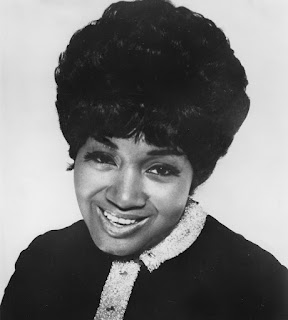 In 1965 Doris got a job at Motown’s New York office in the company of Herb & Brenda Rooney (The Exciters), George Kerr and Norma Jenkins. Hoping to make it over to the music side of Motown, sadly all Doris ever managed to achieve was the making of a few demos. She married Johnathan Augustus "Gus" Willingham, an original member of The Cadillacs, and under her married name of Doris Willingham recorded her first single, "Running Away from Loneliness" in 1966. This release on Jay Boy Records was not a success, so she continued working as a session singer, mainly in Philadelphia. 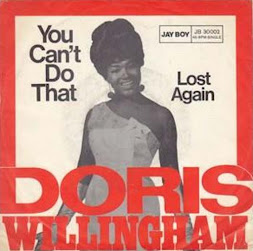 In 1968, she recorded four songs under the direction of Richard Tee. Two tracks, “You Can’t Do That” and “Lost Again” saw release on the newly-launched sister label to President, namely Jay-Boy, while two others, “Too Much To Bear” and “Make It On Out”, remained ‘in the can’ at the time. Also in 1968, she toured Europe (including the UK) backing up Nina Simone, whilst, on return to the USA, she migrated chiefly to Philadelphia where she did some back-up work for Gamble & Huff, who were still in their independent-production days. Then in early 1969, she again toured Europe with Simone and sang back-ups on Nina’s live album cut in Germany in April of that year entitled “A Very Rare Evening”. As a backing singer Doris also worked for artists such as Jackie Wilson, Sinatra, Dean Martin, Aretha and Sammy Davis. 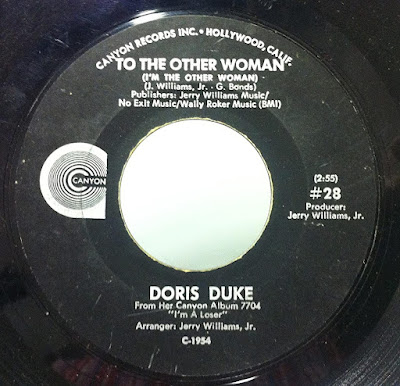 In 1969, former Atlantic Records producer Jerry 'Swamp Dogg' Williams Jr. signed her as a solo artist, renaming her Doris Duke and recording the album I'm a Loser at the Capricorn studio in Macon, Georgia. The album was eventually issued on Canyon Records, and over the years became regarded, by Dave Godin and others, as one of the finest deep soul records of all time. The first single, "To the Other Woman (I'm the Other Woman)", reached no. 7 in the Billboard R&B chart and no. 50 on the pop chart in early 1970, and the follow-up "Feet Start Walking" also made the R&B chart, but success was cut short when the record company collapsed. 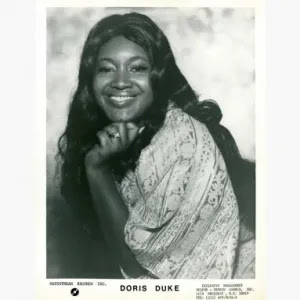 Duke recorded a second album, A Legend in Her Own Time, with Swamp Dogg, issued on the Mankind label in 1971. However, it was not commercially successful, and her career at one point became confused with that of "the real" Doris Duke, a white heiress, who began performing with a gospel choir in New Jersey. Having remarried, and using the name Doris Logan, she temporarily retired to bring up her young children, before undergoing another divorce. In 1973, Duke recorded unsuccessfully for Bob Shad's Mainstream label, before being signed to the British Contempo label in 1974. Her subsequent album Woman, recorded in London and arranged by Gerry Shury, received good reviews but few sales, and thereafter she retired from the music business for family life and to help comfort her aging mother. 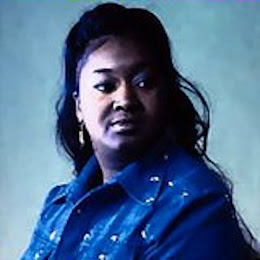 However, Duke did make one further single, "I'll Make a Sweet Man (Out of You)", on the Beantown label in Boston, in 1981 then returned to f the privacy of her family.. Later efforts by music fans to rediscover Duke were fruitless until her obituary was published in the press. She died March 21, 2019, aged 77.

A CD coupling I'm a Loser and A Legend in Her Own Time, with several non-album tracks, was released by Ace Records in 2005. She was also sister to Jeraldine and Joyce Curry, who recorded as The Heartstoppers for the All Platinum label in the early 1970s.

Thanx for this one. Heard of artist but most songs are "new" hears here.

once again thank you.