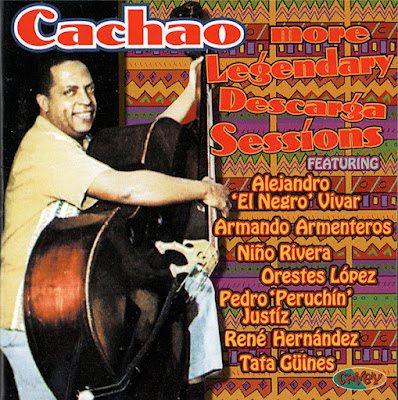 Israel "Cachao" López  (September 14, 1918 – March 22, 2008), better known as Cachao, was a Cuban double bassist and composer. Cachao is widely known as the co-creator of the mambo and a master of the descarga and is z is one of the most important musicians of the 20th century. 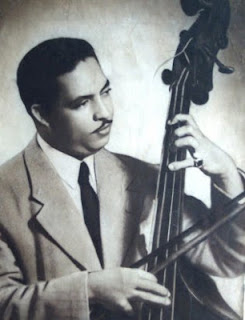 Born in Havana, Cuba in 1918 to an extraordinary family of musicians (there are forty or more bass players in his extended family, including his mother and father), Israel was seemingly destined for greatness. A prodigy on bass, Israel joined the Havana Philharmonic when he was only twelve years old, standing on a crate so that he could see the conductor's admonitions and directions. He would remain associated with the Havana Philharmonic for the next thirty years, performing with and supporting visiting conductors Igor Stravinsky, Herbert von Karajan and Heitor Villa-Lobos, and others. 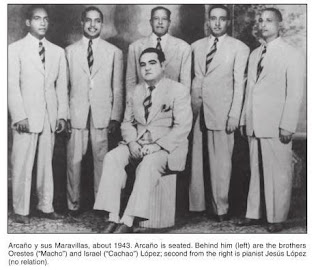 Israel was nicknamed "Cachao" by his grandfather, a reference to 'cachondeo,' or jokester, which befits Israel's exuberant and irreverent persona on and offstage. Along with his supremely talented brother Orestes, a multi-instrumentalist, composer and pianist, Israel helped change music forever when he joined Arcano y sus Maravillas and they co-wrote "Mambo." Cachao remembered, "The origins of mambo happened in 1937. My brother and I were trying to add something new to our music and came up with a section that we called danzon mambo. It made an impact and stirred up people. At that time, our music needed that type of enrichment." Heretofore, the danzon was a very traditional and staid Cuban dance form, which was not reflective of the fire and passion which Cachao and his brother Orestes unleashed with their composition and music.  Subsequently, the Mambo craze swept Cuba and the United States through the stylings of Perez Prado, Tito Rodriguez, Tito Puente et al., and it remains a potent force in all Salsa and Latin rhythms today. 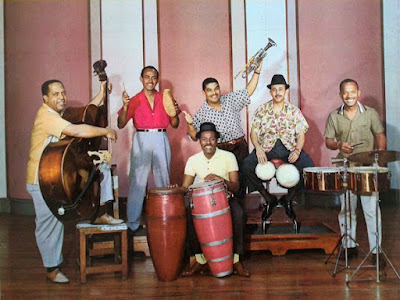 Israel and his brother were also prolific composers. While working with the Maravillas, a thief stole their music composition book and sheets of music. This served as a catalyst for Orestes and Cachao as they wrote more than one-thousand compositions together in the ensuing years, including "Chanchullo" which bears a striking similarity to Tito Puente's biggest hit, "Oye Como Va."  Of course, Cachao was much too humble to cast aspersions on Puente's authorship and they worked together in New York when Cachao left Cuba and remained in exile. 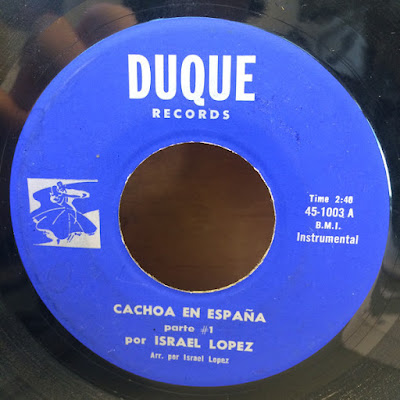 If that wasn't enough, Cachao also popularized Descargas in the 1950s. Descarga was a Spanish verb which meant "to discharge electricity" and "to speak one's mind." Cachao recalled, “Musicians would come together from all the clubs - The Tropicana, The Hotel Nacional - at four in the morning to descagar, to let it all out.We 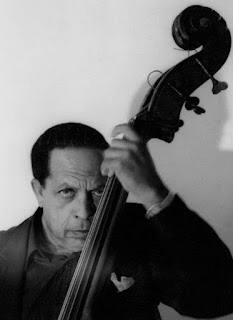 made a first recording out of these improvisational jam sessions, and it wasn’t taken seriously in Cuba. ‘This guy must be crazy,’ people thought. Yet in the States, because of the jazz scene, it was taken seriously.” The improvised jams and late night blowing sessions featured Cuban legends Alfredo "Chocolate" Armenteros on trumpet, Generoso Jimenez on trombone, Candido Camero on conga, and, of course, brother Oreste on piano among many others. The leader, holding the bottom and driving the bus, was Cachao, effervescent and ever present. 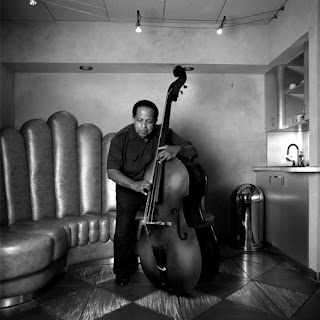 In 1962, Cachao left the oppressive Castro regime, toured Spain for eighteen months, then arrived unheralded in New York City in 1964. He found itinerant jobs playing bass in the orchestras of Tito Puente, Eddie Palmieri, and Tito Rodriguez, but he was not leading his own band, nor was he recording his own vast and potent songbook. Next came an ill advised move to Las Vegas in the 1970s where he had a residency playing casinos. A bad idea for a compulsive gambler with an acute gambling addiction, Las Vegas proved to be an unwelcome and inhospitable host. He squandered everything he owned, including his instruments and all his money. 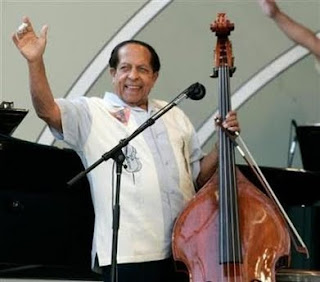 Finally, his wife forced him in the 1980s to move to Miami where there was a burgeoning Latin scene with many Cuban expats. Initially, Cachao struggled mightily there as well and he found gigs playing bar mitzvahs, quinceaneras, and weddings, a pitiful, unholy trifecta for a man of his renown, skill and talent.

Fortunately, Cachao found an unlikely and sustaining patron - Cuban born, American bred actor Andy Garcia. Andy grew up with Cachao's music and was determined to make him relevant again. A film, "The Mambo Kings", had recently been released and here was, perhaps, the ultimate King toiling in obscurity and irrelevance. First came a tribute concert in Miami in 1992, then Garcia financed a documentary - Cachao: Como Su Ritmo No Hays Dos - along with Emilio Estefan, Mr. Gloria Estefan of Miami Sound Machine fame. Finally, Cachao finally the recognition that he deserved and he won three Grammys in the twilight of his career, a fitting coda to his extraordinary talent. 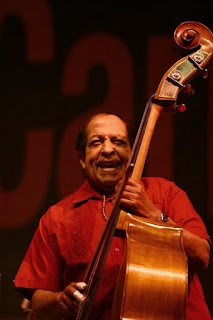 In his final years, Cachao received numerous honours including a Hispanic Heritage Award, a National Endowment for the Arts Award, a star on Hollywood Walk of Fame and an induction into the Smithsonian Institute. In 2006 Cachao was honoured at two Jazz at Lincoln Centre concerts featuring the Afro-Latin Jazz Orchestra -- later that year, he also led a mambo all-star band at a JVC Jazz Festival program at Carnegie Hall. Cachao died from kidney failure in a Coral Gables, Florida hospital on March 22, 2008 -- he was 89 years old.

Tracks 1 and 2: Chachao with Tito Rodríguez and his Orchestra
Tracks 3 to 8, 17 and 18: Chachao y su Conjunto
Tracks 9 to 13: Chacho with Walfredo de los Reyes and his All-Stars
Tracks 14 to 16: Chacho with Chico O'Farrill and his Cuban All-Stars

Thanks to Salsa Son Timba blog for the loan of above album.

A big thank you to El Negro Guacoche blog for active links.