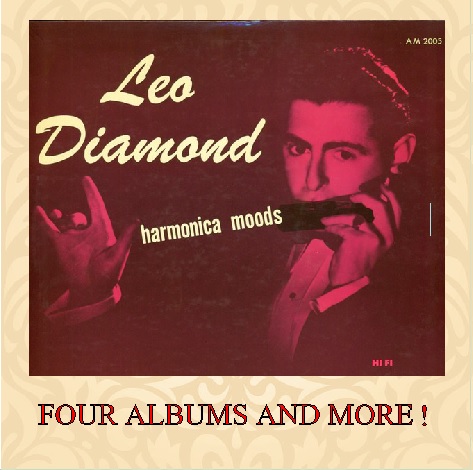 Diamond was born in Brooklyn, New York City, and learned the flute and piccolo before winning a harmonica contest run by bandleader Edwin Franko Goldman in Central Park. He joined Borrah Minevitch's Harmonica Rascals in 1930, and appeared with the group in several films. He arranged and composed tunes for the Harmonica Rascals, toured with them in Europe and South America, and premiered his Concerto for the Harmonica at the Queen's Hall in London. 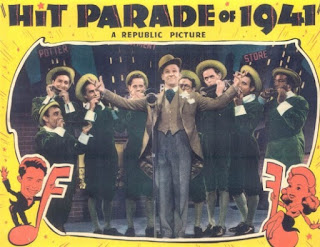 He left in 1943 to form his own group, the Harmonica Solidaires with his brother Abe and Richard Hayman. When Hayman left the group he was replaced by George Fields. They appeared on American Forces Network radio, and in movies including Coney Island, Hi'ya, Sailor (both 1943), Swing Out, Sister and Forever Yours (both 1945). During the war years Leo and his group went overseas to entertain the armed forces in France, Germany and Italy. The Solidaires were one of the first harmonica groups to use simplified harmonicas. 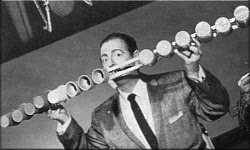 After the war Leo became pre-eminently a soloist. He was an immediate success and played some of the comtries top show places. By 1950, Diamond started to establish a solo career, principally as a recording artist though he also performed widely in clubs across the US. He provided the soundtracks to several more films, including Miss Sadie Thompson and The Eddie Cantor Story. He produced a number of recordings on which he played all parts on a variety of harmonicas, most of his own design. His self-penned instrumental, "Off Shore", for Ambassador Records, reached number 14 on the US pop chart in 1953, and he also recorded an album, Harmonica Moods, for the label. 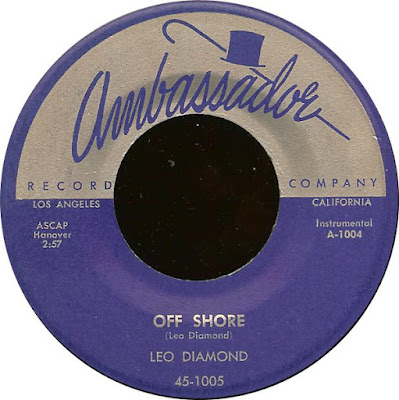 In 1955, RCA Victor released the album Harmonica Magic of Leo Diamond, and Diamond's version of the 1903 song "Melody of Love" reached number 30 on the pop chart. Diamond also wrote 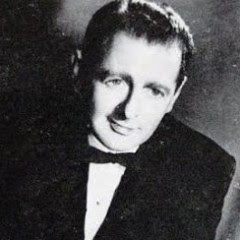 another tune called “The Girls in Brazil.” In 1956, Diamond and conductor Murray Kellner recorded the quintessential harmonica opus, Skin Diver Suite. While Side Two is standard fare, "The Skin Divers" is Diamond's side-long orchestral conception complete with watery sound effects. This was the first of attempt in a career of albums designed to elevate the harmonica from hobo's plaything to refined solo instrument.

Diamond then moved to ABC-Paramount Records who released the albums Exciting Sounds from Romantic Places (1959) and Subliminal Sounds (1960). On these albums, Diamond "played 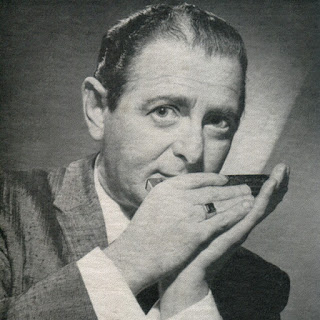 all parts on a variety of harmonicas, most of his own design.

He also mixed in sound effects such as jet noise and bird calls, and experimented with tape mixing methods to produce recordings that rank among the most innovative in exotica.... music that is anything but easy listening."

Frank Sinatra championed Diamond, and as a result he signed to Reprise Records when it was set up in 1960. Diamond released several albums on the label in quick succession in 1961-62: Exciting Sounds of the South Seas, Themes From The Great Foreign Films, Off Shore, and Harmonica Sounds In Country And Western Music. However, by this time "the popular audience had lost what little interest it had in harmonica music".

The harmonica is like the accordion and organ. People either love it or hate it. Unlike even the other "controversial" instruments, however, the harmonica has had very few exponents of real talent and inspiration. The Harmonicats and Leo Diamond each had a few fine moments, but the harmonica itself was not responsible for any musical magic. Although his choice of instrument will always condemn Diamond to the musical margins, his best recordings rate up with Esquivel's in his willingness to introduce startling combinations of sounds and take instruments to their logical limits.

Some critics have felt though, that Diamond’s arrangements for the harmonica were rather insipid. Yet in composer Pete Pedersen’s opinion, “Leo was very much ahead of his time with the harmonica. 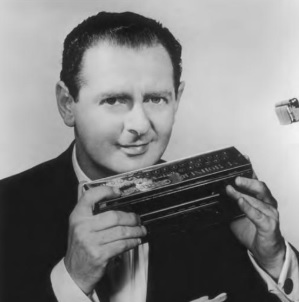 What he accomplished was the first really organized harmonica music. Few people have ever come up to his level as far as
harmonica arranging is concerned. According to Richard Hayman, Diamond “got more sounds out of the harmonica than anyone else. He had a sweeter tone. He perfected the idea of vibrato.”

A bona fide workaholic, Diamond was trying to establish a harmonica workshop studio and writing an instruction method at the time of his death in Los Angeles, California, in 1966, aged 51.

(Edited from mainly Wikipedia with help from Harmonicas, Harps, and Heavy Breathers by Kim Field)

I couldn’t find any compilation albums of Leo’s so I have compiled a double CD containing four complete albums with bonus tracks.

Thank you for taking the time and the effort for making this compilation. Leo Diamond was an outstanding talent.