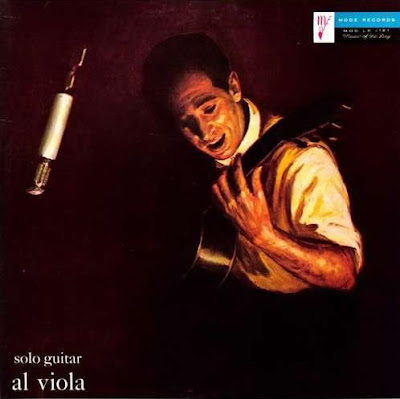 Alfred Viola (June 16, 1919 – February 21, 2007) was an American jazz guitarist who worked with Frank Sinatra for 25 years and also played the mandolin on the soundtrack of the film The Godfather. A reliable guitarist with a cool tone, a hard-swinging style, and strong technical skills, Al Viola had been an asset to every session that he appeared on, and there have been many. 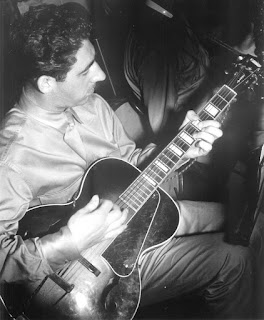 Alfred Ferdinando Viola grew up in an Italian family in Brooklyn, and learned to play the guitar and mandolin as a teenager. As a youngster, he teamed up with a violinist friend to perform at local Chinese restaurants. Viola played in a jazz band while in the Army at Sacramento between 1942 and 1945, where he met Page Cavanaugh. When they both decided to move to California after their discharge in 1946, they teamed with bassist Lloyd Pratt to form a trio that was very popular during the next three years, appearing in a few Hollywood films (including "A Song Is Born") and recording frequently. 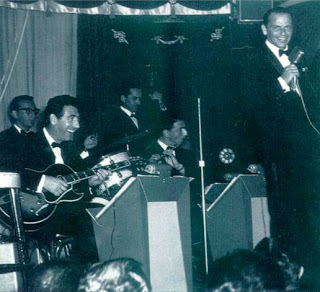 The ensemble appeared in several films, including the Doris Day vehicle Romance on the High Seas. They also played a few dates in 1946 and 1947 with Frank Sinatra. Viola continued to work with Sinatra regularly, accompanying him on several hundred studio recordings and concert dates between 1956 and 1980. When the combo broke up, Viola started working on and off with Sinatra though 1980. Sinatra once called him “one of the world’s great guitarists.” 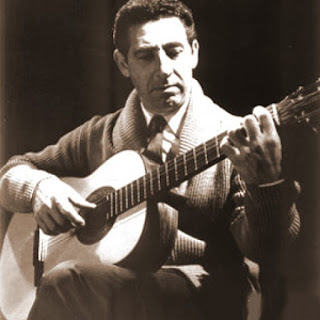 Im 1962 Sinatra turned to him one night at Royal Albert Hall in Paris and, with no other warning than saying a few words to the audience about a Cole Porter tune he was about to sing — and giving Al a “look” — indicated that he wanted guitar accompaniment instead of the usual piano backup on the song. It was as subtle as that. Al had never played the song alone with Sinatra before, had never rehearsed it with him and was racking his brain trying to come up with the right key to start setting it up in. Only a split second passed before he remembered hearing Sinatra do the song, “Night and Day” with Sinatra at Jilly’s in New York a few weeks earlier. 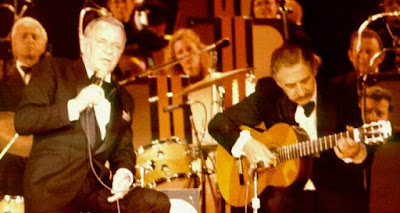 Before Sinatra had finished his sentence, Al was well into the introduction — in the right key.It was a very famous moment in the concert litany of Francis Albert Sinatra. The reason Sinatra turned to Al instead of having Bill Miller play “Night and Day” was simple. Sinatra had noticed during the set that the piano at Royal Albert Hall was out of tune. 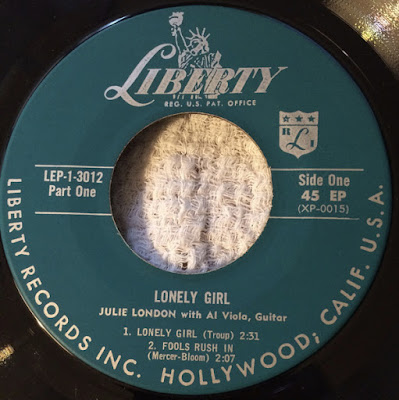 Viola was a highly regarded session musician in Los Angeles, performing in films, on television and in commercial spots. His mandolin playing can be heard on the soundtrack of The Godfather; other credits include West Side Story and Who's Afraid of Virginia Woolf?. He continued playing jazz as well, with 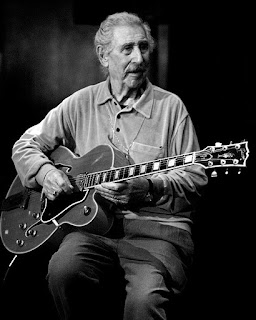 In the 1980s, Viola had a reunion with Cavanaugh and soon they were working together on a regular basis in a Los Angeles area club as a trio with bassist Phil Mallory; this association continued into the late '90s, when Viola dropped out of 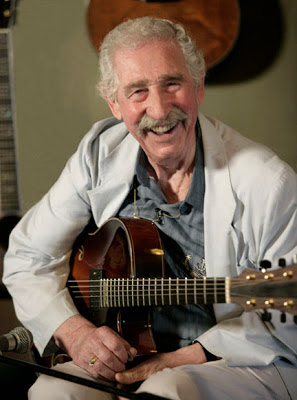 the group. In his career, Viola led three albums, unaccompanied solo dates for Mode (from 1957, reissued by VSOP) and Legend, plus a Frank Sinatra tribute album for PBR (1978); highlights of the latter two sets were reissued on a CD by Starline.

His last performance was in late January at a jazz supper club in Sherman Oaks, California. Shortly after being diagnosed, Viola succumbed to cancer on February 21, 2007 at his home in Studio City, California, aged 87. In Viola's obituary in The New York Times, Judy Chamberlain is quoted as saying, "he was a chameleon and could play in any style — that was his great talent." She added, "he was a flawless player. You could barely see his hands move; he was so smooth and quick with his fingers.

Here one of his last performances with Judy Chamberlain at Spazio's in Sherman Oaks, CA
Posted by boppinbob at 09:12

Al Viola’s hard-earned versatility is reflected in these late-50s recordings, in which he is a one-man guitar orchestra, performing and arranging all the parts himself. He recorded the rhythm and bass guitars separately on one tape for the basic rhythmic pattern.

On another, the amplified or gut-stringed guitars were used for fills (in which the guitars were the equivalent of a brass, string or reed section). The first two tapes were then combined and the single-fingered solos were added on a third tape. Viola put them all together with judicious balancing, and gave each of the twelve standards its own individual treatment, with varied instruments used to provide the special effects. The fruit of his hard work and unquestioned ability is stunningly revealed in The Guitars.

boppinbob, thanks so much for these!

These links are dead. Can you re-up, please?

All three albums are here: