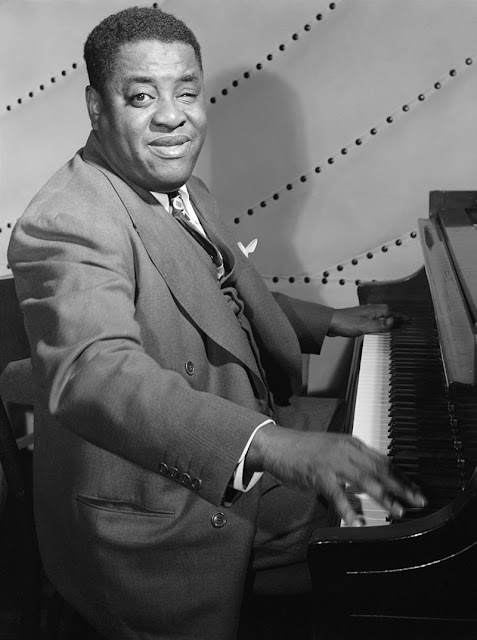 Arthur Tatum Jr. (October 13, 1909 – November 5, 1956) was an American jazz pianist and virtuoso. He was born in Toledo, Ohio and despite being blind in one eye and only partially sighted in the other he became arguably the greatest jazz piano player who ever lived.  Some jazz musicians liked to call him the eighth wonder of the world. 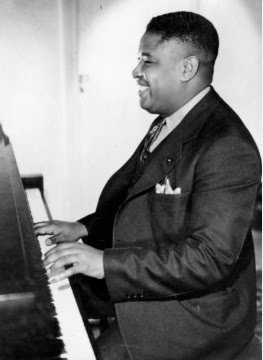 Accounts vary on whether Tatum's parents played any musical instruments, but he began playing the piano from a young age, playing by ear and aided by an excellent memory and sense of perfect pitch. He learned tunes from the radio, records, and by copying piano roll recordings. As a child he was also very sensitive to the piano's intonation and insisted it be tuned often.

Tatum first attended Jefferson School in Toledo, then moved to the School for the Blind in Columbus, Ohio, late in 1924. He was probably there for less than a year before transferring to the Toledo School of Music. He had formal piano lessons with Overton G. Rainey at either the Jefferson School or the Toledo School of Music. By the time he was a teenager, Tatum was asked to play at various social events, and he was probably being paid to play in Toledo clubs from around 1924–25. 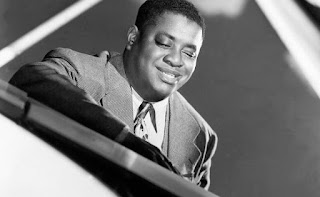 Growing up, Tatum drew inspiration principally from Fats Waller and James P. Johnson, who exemplified the stride piano style, and to some extent from the more modern Earl Hines, six years Tatum's senior. Tatum identified Waller as his biggest influence, while pianist Teddy Wilson and saxophonist Eddie Barefield suggested that Hines was one of his favourite jazz pianists. 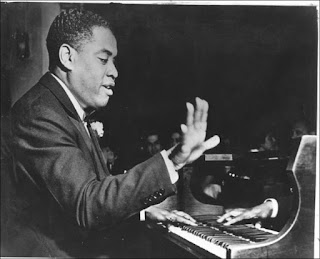 In 1927, after winning an amateur competition, Tatum began playing on Toledo radio station WSPD during interludes in a morning shopping program and soon had his own daily program. After regular club dates, Tatum often went to after-hours clubs to be with other musicians; he enjoyed listening to other pianists and preferred to play last, after all the others had finished. He frequently played for hours on end into the dawn; his radio show was scheduled for noon, allowing him time to rest after getting home. During 1928–29, the radio program was re-broadcast nationwide by the Blue Network. Tatum also began to play in larger cities outside his home town, including Cleveland, Columbus, and Detroit. 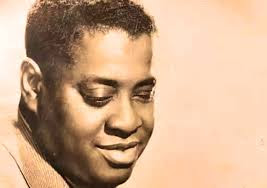 As word of Tatum spread, national performers passing through Toledo, including Duke Ellington and Fletcher Henderson, dropped in to clubs to hear him play. They were impressed by what they heard: from near the start of the pianist's career, "his accomplishment  was of a different order from what most people, from what even musicians, had ever heard. It made musicians reconsider their definitions of excellence, of what was possible", his biographer reported. Although Tatum was encouraged by comments from these and other established musicians, he felt that he was not yet, in the late 1920s, musically ready to relocate to New York, which was the centre of the jazz world and was home to many of the pianists he had listened to when growing up. 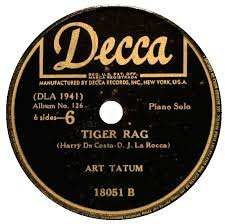 In 1932 he was heard by the singer Adelaide Hall who brought him to New York as her accompanist.  One year later he made his first recordings, among which was "Tiger Rag". This song which features breakneck tempo and rippling left- and right-hand cascades and crashing bass notes had every pianist in the country amazed by his astonishing dexterity.

While in New York he established his reputation in "cutting contests" with other top pianists, which he never lost.  He spent the next few years playing in Cleveland, Chicago, New York and Los Angeles and even England in 1938.  During this time he established himself as a major figure in jazz circles.  In the early 1940s Tatum formed an extremely popular trio with bassist Slam Stewart and guitarist Tiny Grimes.  He spent much of the next decade touring North America. 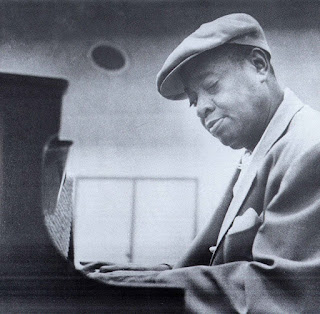 In 1953 Tatum signed by producer Norman Granz and recorded extensively both as a soloist and in small groups with Benny Carter, soloist and in small groups with Benny Carter, Buddy De Franco, Roy Eldridge, Lionel Hampton, Ben Webster and others.  His incredible talent allowed him to be extremely productive during this time.  Ray Spencer in his biography, noted that Tatum was constantly "refining and honing down after each performance until an ideal version remained needing no further adjustments".  This allowed him to achieve a remarkable work rate.  For example, his solo sessions for Granz were mostly completed in two days.  That is a total of 69 tracks and all but three of them needed only one take. 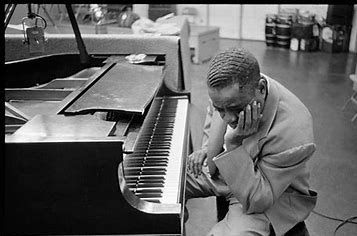 Although Tatum was an excessive drinker, it didn't affect his playing, it did unfortunately affect his health. Tatum began showing evidence of euremia, a toxic blood condition resulting from a severe kidney disease. On Nov. 5, 1956, Tatum died at age 47, and although his career was relatively short, Tatum's brilliant playing remains unparalleled and highly influential.  (info edited from Wikipedia & Grove Encyclopedia of Jazz)


AllMusic Review by Scott Yanow
There are many Art Tatum records available, but this is the one to pull out to amaze friends, particularly with Tatum's wondrous version of "Tiger Rag," during which he sounds like three pianists jamming together. This CD consists of Tatum's first studio session as a leader (which resulted in "Tea for Two," "St. Louis Blues," "Tiger Rag," and "Sophisticated Lady") and a remarkable solo concert performance from the spring of 1949. While "Tiger Rag" dwarfs everything else, the live set is highlighted by a very adventurous, yet seemingly effortless exploration of "Yesterdays," a ridiculously rapid "I Know That You Know," and the hard-cooking "Tatum Pole Boogie." This is an essential set of miraculous music that cannot be praised highly enough.

It starts with his first studio sessions from March of ’33. (Tracks 1-4) The remaining nine cuts were taped live in the spring of ’49 at the “Just Jazz” concert held at the Shrine Auditorium in Los Angeles.

A big thank you to Ludovico @ Entre Musica for original post

MCA's short-lived Decca cd-reissue program put out this gem, all of Tatum's piano solos from 1940, including two versions of the previously unknown "Sweet Emalina, My Gal." Some of the routines on these standards were a bit familiar by now (this "Tiger Rag" pales next to his 1933 version) but are no less exciting and still sound seemingly impossible to play.~Scott Yanow

A big thank you to Giullia @ Silky Denims blog for active link.

This sampler has 16 Art Tatum recordings reissued in chronological order that date from 1934-1950. All but the closing "Indiana" (which has guitarist Everett Barksdale and bassist Slam Stewart) are unaccompanied piano solos, and they are drawn from the Decca, Capitol, and Verve catalogues. Tatum was always a remarkable virtuoso so, even if this set is not completely definitive (it could not be without having Tatum's 1933 recording of "Tiger Rag"), there are many gems here. Tatum is typically miraculous on such songs as "The Shout," "Get Happy," "Blue Skies," and "Yesterdays." ---Scott Yanow, Rovi

A big thank you to The Blues That Jazz forum for active link.