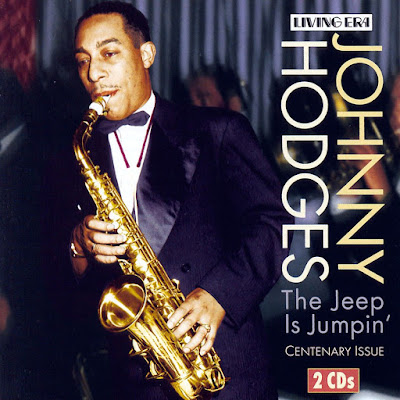 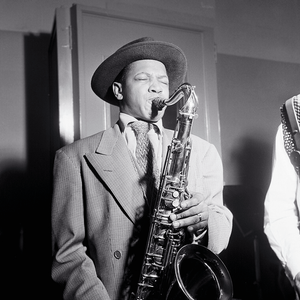 He played lead alto in the saxophone section for many years, except the period between 1932 and 1946 when Otto Hardwick generally played first chair. Hodges was also featured on soprano saxophone, but refused to play soprano after 1946, when he was given the lead chair. He is considered one of the definitive alto saxophone players of the big band era (alongside Benny Carter).

Hodges was born in Cambridge, Mass. He started his musical career playing drums and piano before taking up the saxophone at the age of 14, beginning on the soprano and later the alto. Originally self-taught he was given lessons by Sydney Bechet, whom he got to know through his sister. He followed Bechet into 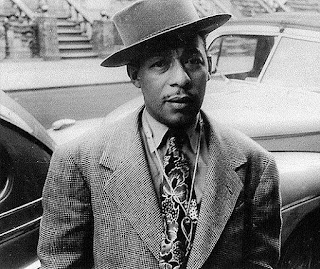 Willie 'The Lion' Smith's quartet at the Rhythm Club (around 1924), then played in the house band with Bechet at Bechet's Club Basha in Harlem at 2493 Seventh Ave at West 145th Street. Drummer Tommy Benford was also in the band (1925). He continued to live in Boston and travelled to New York at weekends playing with such musicians as Bobby Sawyer (1925), Lloyd Scott (1926), then from late 1926 with the great Chick Webb at The Paddock Club and The Savoy Ballroom, etc. followed by a short stint with Luckey Roberts.

In May 1928 Johnny joined Duke Ellington's orchestra and he remained a mainstay of the group for the next 40 years. From his first recording in 1928 he revealed his authority and technical 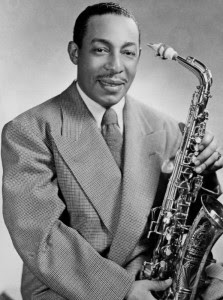 mastery of the saxophone, playing with a broad, sweeping tone and producing impressive, cascading runs. In the opinion of many people, he soon became Duke's most valuable soloist. He made hundreds of recordings with Duke and from 1937 led his own small studio group drawn from the orchestra which made many successful series of recordings for Victor and other labels. Titles included 'Jeep's Blues', 'Hodge Podge', 'The Jeep is Jumpin' all of which were co-written with Duke. Also in this period of great creativity he played in many other small groups with musicians such as Lionel Hampton, Teddy Wilson, etc., producing classics of the period. 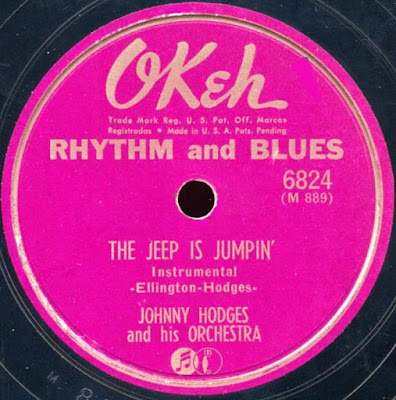 Johnny was one of the many stars of the Ellington band of the 40s producing solos of immense authority on songs such as 'Things Ain't What They Used To Be', 'Don't Get Around Much Any More', 'Passion Flower', etc. From the 40s he concentrated on the alto 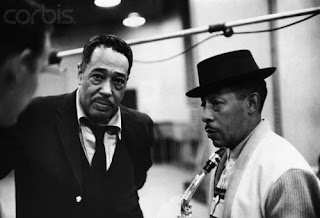 leaving the soprano alone completely and in this period he regularly won the popularity polls run by magazines such as Downbeat, Metronome, and Esquire.

In March 1951 Johnny left Duke to form his own small group taking with him Lawrence Brown and Sonny Greer and in their first recording session they produced a hit record of 'Castle Rock'. Johnny disbanded the group in the spring of 1955 and after a brief spell of TV work on the Ted Steele Show, rejoined Duke in August
of that year where, apart from a few brief periods, he remained for 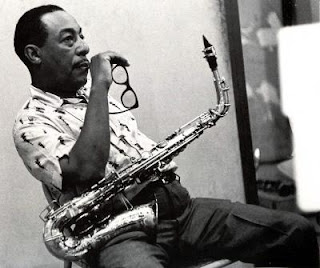 the rest of his life. In the spring of 1958 he worked with Billy Strayhorn and in 1961 went to Europe with some of the other band members in a group called The Ellington Giants.

He continued to record prolifically with musicians such as Wild Bill Davis, Earl Hines, and even one session with Lawrence Welk. Duke and Billy Strayhorn continued to write compositions and arrangements featuring Johnny's unique sound and talents leaving a wonderful legacy of recorded music for the enjoyment of successive 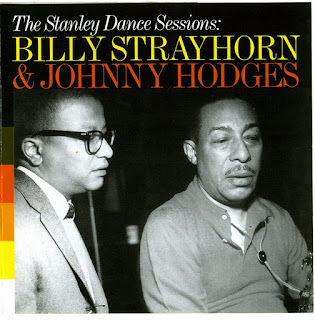 generations of enthusiasts. He won the admiration of many saxophonists such as Ben Webster and even John Coltrane who played in one of the small groups in 1953-4 said that Johnny was always one of his favourite players.

In his later years Johnny used fewer and fewer notes, remaining close to the melody in ballads and improvising simple but telling riffs on the faster numbers, many of which were based on the blues . The power of his playing came from his sound and his soul, generating immense swing and building the dramatic tension from chorus to chorus. 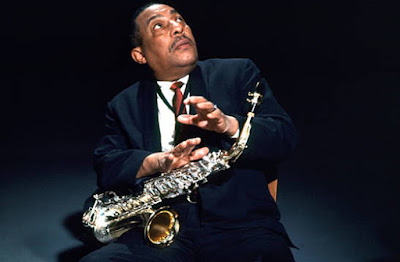 Hodges' last performances were at the Imperial Room in Toronto, less than a week before his May 11, 1970 death from a heart attack, suffered during a visit to the office of a dental surgeon in New York City. His last recordings are featured on the New Orleans Suite, which was only half-finished when he died.

(Compiled and edited mainly from Who's Who Of Jazz, The New Grove Dictionary Of Jazz and Wikipedia)

Johnny Hodges – Alto sax, soprano sax,
with his Orchestra, Trio, and All Stars

Thank you for sharing Johnny Hodges...so far, the best.