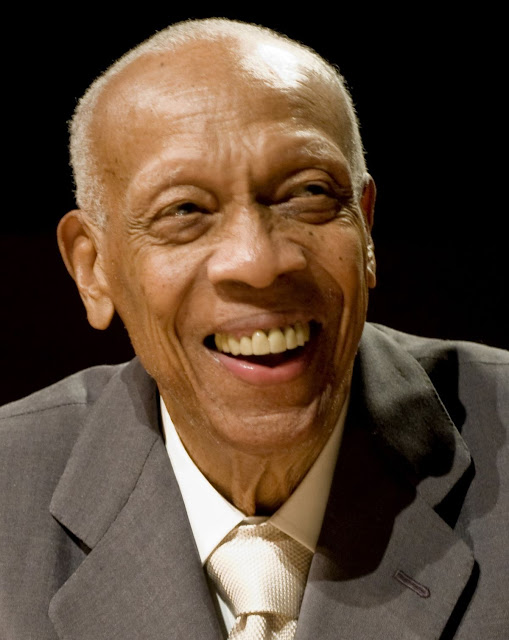 Dionisio Ramón Emilio Valdés Amaro (October 9, 1918 – March 22, 2013), better known as Bebo Valdés, was a Cuban pianist, bandleader, composer and arranger. He was a central figure in the golden age of Cuban music, led two famous big bands, and was one of the "house" arrangers for the Tropicana Club.
Valdés was born in the village of Quivicán, near Havana. He was taught piano by a friend of his mother's and, after the family moved 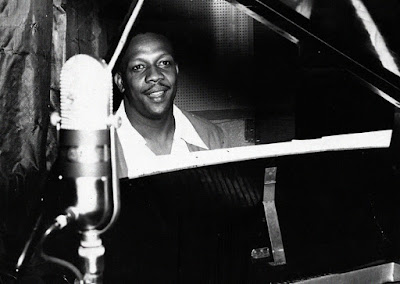 to Havana in 1935, he studied European classical and traditional Cuban music at the Municipal Conservatory. He began writing arrangements, and was working in clubs and on radio by the age of 20.
In 1943 he was in Wilfredo García Curbelo's pop-oriented group, and then joined the trumpeter Julio Cueva's band, specialising in uptempo adaptations of the traditional son dance form. Valdés worked briefly in Haiti, and from 1948 was a pianist and arranger for the singer Rita Montaner, one of the biggest stars associated 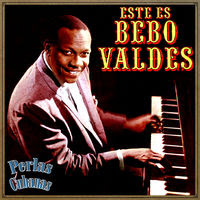 with the opulent, mansion-housed Tropicana cabaret club in Havana.
American jazz bands fusing swing, bebop and Cuban percussion influences were growing in popularity in the late 1940s through the influence of the Cuban bandleader Machito, and later through the "cubop" innovations of Dizzy Gillespie with the percussionist Chano Pozo. In 1952, the American producer Norman Granz invited Valdés and his Tropicana partners to record for him. The results were hailed as the first impromptu Afro-Cuban jam session on disc, Valdés originals such as Con Poco Poco and Bebo's Blues accelerated his already 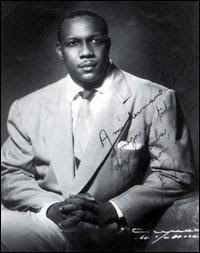 fast-rising career as a composer for sessions and film scores.
Influenced by the Orquesta Casino de la Playa (which adapted traditional guitar hooks to jazz-piano parts but retained traditional Cuban percussion), Valdés developed his own approaches to playing and arranging, aided by a piano technique heavily influenced by Fats Waller and Art Tatum. The innovative Valdés was frequently credited with developing the batanga, a fast and intricate new groove that extensive radio exposure in 1952 turned into a dance craze. 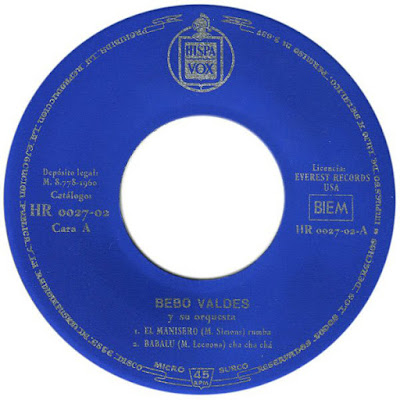 Here's "El Mansiero" from above 1958 EP
Valdés also launched his advanced Cuban-bop orchestra Sabor de Cuba, which included Chucho. In 1958, the bandleader's stock was so high he was the arranger for Nat King Cole's album Cole 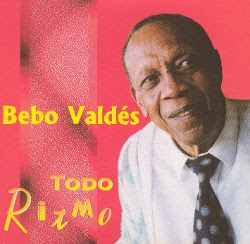 Español and taught the American star to sing in Spanish.
Following the ousting of the Cuban president Fulgencio Batista's regime by Fidel Castro and fellow revolutionaries in 1959, Valdés fell out with the new government. He went to Mexico in 1960, eventually moving on to Europe and joining the traditional Lecuona Cuban Boys band in Spain. His family, including his wife, Pilar, and Chucho, remained in Cuba. On the band's visit to Sweden in 1963, Valdés met Rose Marie Pehrson, with whom he began a second family. 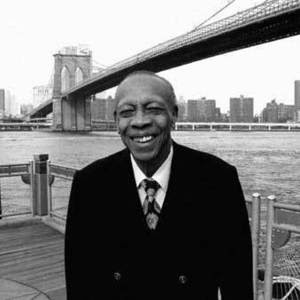 For the next 30 years, he played largely local gigs and sought to enthuse the Swedes about forms of Cuban jazz long since usurped by salsa and its popular descendants. In 1994, Valdés and D'Rivera made the album Bebo Rides Again, and in 1996 Valdés made his US concert debut, aged 78.
On the Grammy-winning El Arte del Sabor (2002), Valdés and D'Rivera collaborated on a repertoire running from Cuban traditionals to Route 66. The following year, he made the Cuban/flamenco crossover album Lágrimas Negras with the singer Diego el Cigala. That also brought a Grammy, and Valdés won two more for Bebo de Cuba in 2006. His eight-part composition Suite Cubana was performed at the Lincoln Centre in New York. 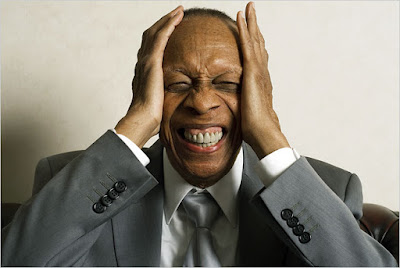 Duets with his pianist son, Chucho, and with the bassist Israel "Cachao" López revealed, the imposing 6ft 7in veteran remained a musician of elegant technical fluency, subtle touch and nimble spontaneity, with a sophisticated awareness of Cuban, American and European musical traditions. They toured together following their Calle 54 reunion, also making the album Juntos Para Siempre (2008). He also wrote the score for an Oscar-nominated animated film, Chico & Rita (2010), loosely based on his life. 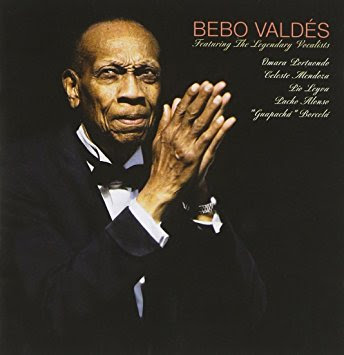 Valdés was in the middle of the treatment of Alzheimer's disease, which he had suffered for several years, when he died in Stockholm, Sweden, on March 22, 2013, aged 94. (Info compiled from an article by John Fordham @ The Guardian & Wikipedia)

Dear boppinbob, any chance you could report "Bud's Bounce" by Bud Isaacs? Be very grateful.

Hello Mike, here it is:

Wow, thanks so much for that fast access bob! I have one more request if it's not too much trouble: "Flying fingers" by Joe Maphis. Then I'll never darken your door again. :)

Hello Mike, Will look for it tonight and post it late Thursday.

Well, thank you very much, I sure appreciate it.

Here's Joe Maphis. Bit rate only 128, but that's what I got when I found this on a now defunct C&W forum many moons ago. Regards, Bob.

Thanks very much for this, I guess beggars can't be choosers and I'm grateful. :)
cheers, Mike.