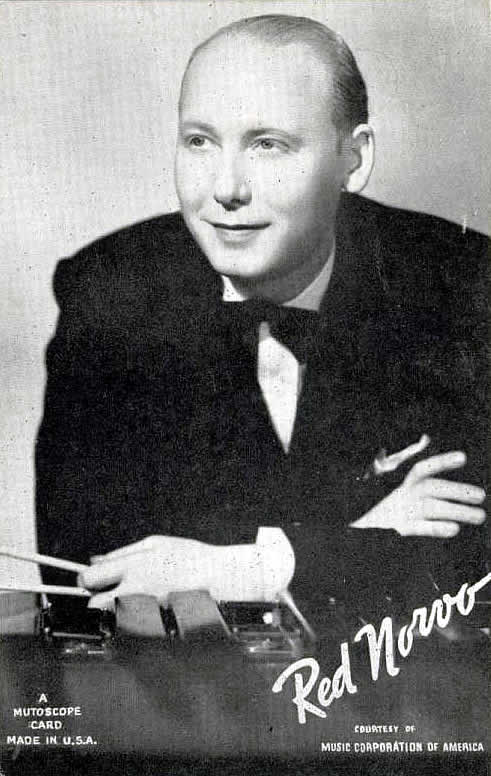 Red Norvo (March 31, 1908 – April 6, 1999) was one of jazz's early vibraphonists, known as "Mr. Swing". He helped establish the xylophone, marimba and later the vibraphone as viable jazz instruments. His major recordings were "Dance of the Octopus", "Bughouse", "Knockin' on Wood", "Congo Blues", and "Hole in the Wall". 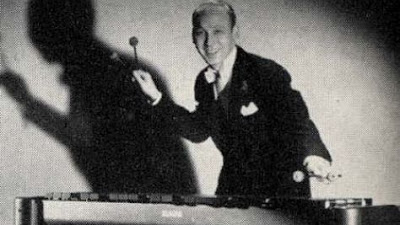 Red Norvo was born Kenneth Norville in Beardstown, Illinois. The story goes that he sold his pet pony to help pay for his first marimba. Norvo's career began in Chicago with a band called "The Collegians", in 1925. He played with many other bands, including an all-marimba band on the vaudeville circuit, and the bands of Paul Whiteman, Benny Goodman, Charlie Barnet, and Woody Herman. Norvo recorded with Mildred Bailey (his wife), Billie Holiday, Dinah Shore and Frank Sinatra, among others. Together, Red and Mildred were known as "Mr. and Mrs. Swing." He also 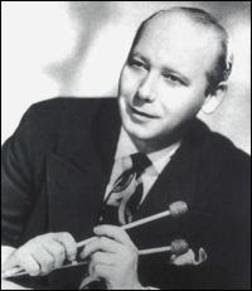 appeared in the film Screaming Mimi (1958), playing himself.


In 1933 he recorded two sessions for Brunswick under his own name. The first "Knockin' On Wood" and "Hole In The Wall" pleased Brunswick's recording director Jack Kapp and he was booked for another session. This time, Kapp was out of town and Norvo went ahead and recorded two of the earliest, most modern pieces of chamber jazz yet recorded; Bix Beiderbecke's "In A Mist" and Norvo's own "Dance Of The Octopus", accompanied by Benny Goodman in a rare performance playing a bass clarinet, Dick McDonough on guitar and Artie Bernstein on slap bass. Kapp was outraged when he heard them and tore up Norvo's contract and threw him out. (Interestingly, this modern record remained in print all through the 1930s!) 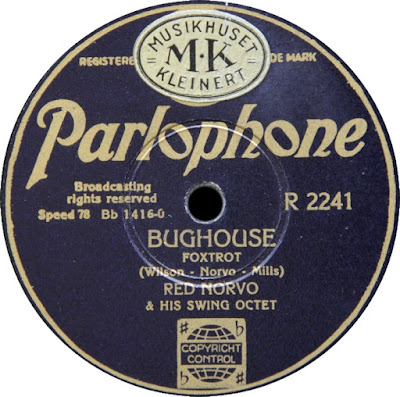 Here’s a red hot jazz classic by Red Norvo and featuring many great jazz artists such as Bunny Berigan and Gene Krupa to name a few. Recorded Jan. 25, 1935.


Norvo recorded 8 modern swing sides for Columbia in 1934–1935, and 15 sides of Decca and their short-lived Champion label series in 1936 (strangely enough, Jack Kapp ran Decca, so they must've patched things up by then). 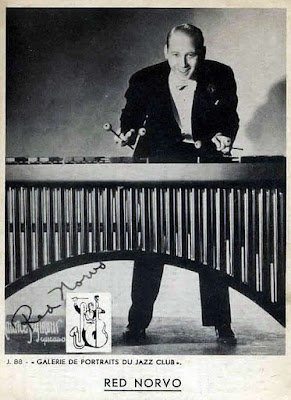 and recorded for ARC first on their Brunswick label, then Vocalion and finally Columbia, after CBS bought out the ARC company. Featuring the brilliant arrangements of Eddie Sauter and often featuring Mildred Bailey as vocalist, this series of recordings were among the more sophisticated and elegant swing records of the era. 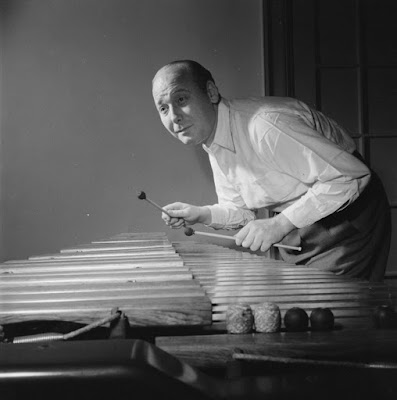 In June 1945, while a member of the Benny Goodman Sextet, he recorded a session for Comet records using a Sextet which featured members of the Goodman group and also Charlie Parker and Dizzy Gillespie. He said: "Bird and Diz were dirty words for musicians of my generation. But jazz had always gone through changes and in 1945 we were in the middle of another one. Bird and Diz were saying new things in an exciting way. I had a free hand so I gambled".


In 1949, while trying to find work near home on the West Coast and running into difficulties with large groups, Norvo formed a trio with the novel combination of vibes, guitar, and bass. When the original guitarist and bassist quit (Mundell Lowe and Red Kelly), he brought in two previously little-known players. Tal Farlow 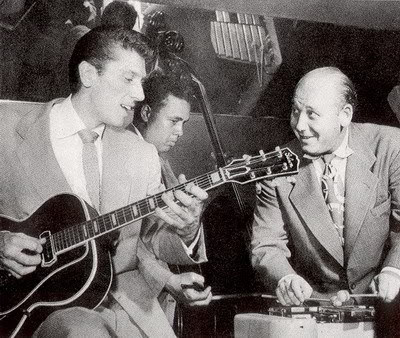 became one of the most important of the post-War generation of guitarists, in part because the demands of the trio led him to explore new levels of both speed and harmonic richness on the instrument. Farlow left the group in 1953 and guitarist Jimmy Raney took his place. Charles Mingus's prominence as a bass player increased through this group, though its repertoire did not reflect the major career he would develop as a composer. Mingus left in 1951 and Red Mitchell replaced him. The Norvo, Farlow and Mingus trio recorded two LPs for Savoy. 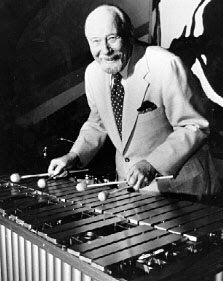 n 1959 Norvo's group played concerts in Australia with Frank Sinatra; Blue Note released these recordings in 1997. Red Norvo and his group also made several appearances on The Dinah Shore Chevy Show in the late 1950s and early '60s.


Norvo recorded and toured throughout his career until a stroke in the mid-1980s forced him into retirement (although he developed hearing problems long before his stroke). He died at a convalescent home in Santa Monica, California at the age of 91. (info from Wikipedia)