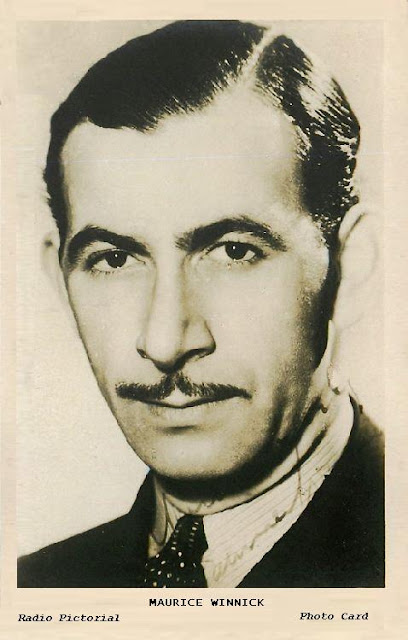 
b. 28 March 1902, Manchester, Lancashire, England, d. 26 May 1962, England. A child prodigy, Winnick studied violin at the Manchester College of Music before taking a job in a cinema orchestra, playing for silent films. While still in his teens, he led a band on a transatlantic liner and around this time also studied saxophone. In 1928 he formed a small dance band he took into Manchester’s Plaza and worked with artists such as the male soprano, Frank Colman. Winnick moved to Nottingham to take charge of the city’s Palais band, until then directed by Jan Ralfini but from the early 30s he was playing in London. He worked at prestigious venues such as the Hammersmith Palais de Danse, the Carlton Hotel, Ciro’s Club, the Casino Club, the San Marco Restaurant (where his singer was Sam Costa), and the Mayfair Hotel. With Costa, he had a popular recording success with ‘A Little Bit Independent’.


Winnick unashamedly modelled his band’s style upon that of Guy Lombardo. Indeed, he used Lombardo’s charts with the full co-operation of both Guy and his arranger brother, Carmen Lombardo. Winnick’s theme tune at this time was ‘The Sweetest Music This Side Of Heaven’, a number from the Lombardo book the title of which summed up his place in the world of British dance band music. 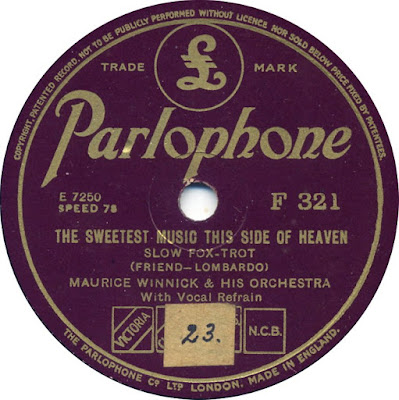 Winnick made several broadcasts with his band, including some shows direct from the San Marco. He occasionally worked on the Continent, including a summer engagement in 1938 at the Yacht Club in Deauville. The club was operated by French ex-boxer Georges Carpentier and Winnick’s orchestra shared the stand with 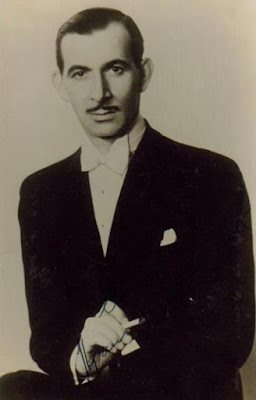 a gypsy band that included guitarist Joseph Reinhardt, brother of Django Reinhardt. In the spring of 1939 Winnick began another top London hotel job, this time at Park Lane’s Dorchester Hotel where he took over from Harry Roy.


During this period, Winnick was employing some of the best available musical talent, including Ted Heath, trumpeter Bill Shakespeare and American saxophonist Don Barrigo. For his radio shows, Winnick also hired top-flight singers, including Al Bowlly and Dorothy Carless. For the Dorchester job, Winnick had been obliged to cut the band down to 11 players but he chafed at the restrictions of this and quit after a year. Meanwhile, he had been continuing a successful recording career, making dance band records for several labels including Regal, Panachord and Edison Bell Winner. He continued to hire first-class talent for both playing and backroom skills, notably trombonist Don Lusher and arranger Robert Farnon.
During World War II, Winnick retained his popularity and also toured Europe and the Middle East with ENSA, playing for the troops. He and his band appeared in some films in the 30s, including Gay Love (1934), which featured popular British entertainer Florence Desmond and the American vaudevillian, Sophie Tucker. Owing in great part to his espousing of the Lombardo style, Winnick became rather more distinctive than many of his contemporaries on the British dance band scene.

After the war, Winnick disbanded but although his band leading days were over, he remained in show business, becoming a band contractor and producer in radio and television. He was behind the hugely popular BBC radio shows, Twenty Questions, which he imported from America, and Ignorance Is Bliss. In 1951 he acquired on behalf of the BBC the television rights for the popular American show, What’s My Line?


In 1954 Winnick was part of the Kemsley-Winnick consortium, 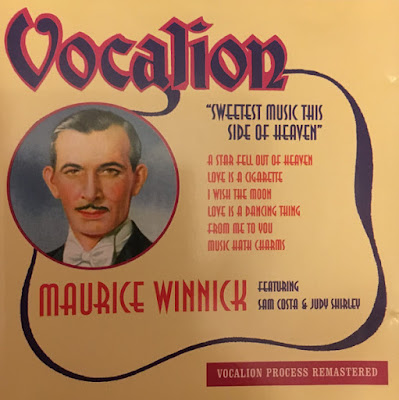 which won the initial ITV weekend contracts for the Midlands and the North of England. But shortly after the award of the contracts, the consortium lost its primary financial backer, Lord Kemsley, resulting in its collapse.

However, Winnick did make it to commercial television in a way, as he produced at least two of their many early game shows: Two for the Money (1956-7) and I've Got a Secret (1956) with regular panellists Jon Pertwee, Catherine Boyle, Dick Bentley and Zoe Gail, both series based on US formats.
He died after a long illness 26 May 1962 in Westminster, London, England, aged 60.   (Info mainly from All Music)

For “Maurice Winnick – Sweetest Music This Side Of Heaven” go here:

PLEASE NOTE I inserted the wrong CD front cover in the zip file. The correct one is above in the biography.