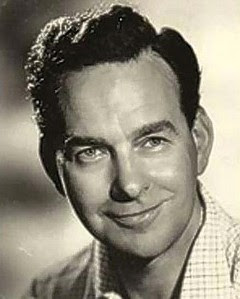 Bruce Trent (21 August 1912, St. Helier, Jersey, - 19 November 1995, Burgh Heath, Surrey, England), was an actor and singer with a fine, baritone voice and matinée idol good looks.
Trent was one of the British theatre’s most popular romantic leading men in the 40s and 50s. After singing with local dance 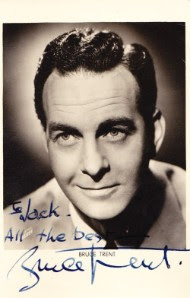 groups, in the late 30s he spent two years touring the UK with Jack Hylton’s famous showband as bass player and singer before joining Jack Payne’s new BBC orchestra in 1940.
He left Payne in 1942 in order to co-star with Frances Day, Arthur Riscoe, Jackie Hunter and Bud Flanagan in Cole Porter’s musical Du Barry Was A Lady at His Majesty’s Theatre in London. Trent subsequently returned to the West End, and then toured, in The Student Prince, before joining the army and entertaining the troops in the company of the Stars In Battledress. He was also a guest artist, along with Dorothy Carless, on a BBC broadcast with Glenn Miller’s Band of the AEF. 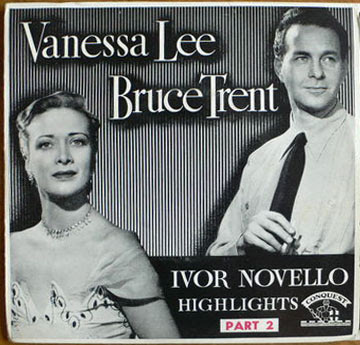 After the war, Trent took over the leading roles in Carissima (1948) and Brigadoon (1950), as well as starring in London in Rainbow Square (1951), Wish You Were Here (1953) and The Burning Boat (1955, Royal Court Theatre). He also toured in various other productions, including Lilac Time, Goodnight Vienna and The Desert Song. 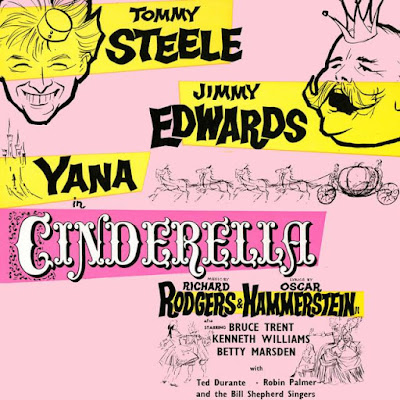 In 1958, Trent joined the all-star cast of Tommy Steele, Jimmy Edwards, Yana, and Ted Durante, in Richard Rodgers and Oscar Hammerstein II’s lavish Cinderella at the Coliseum. As the dashing Prince, he sang the show’s big ballad, ‘No Other Love’, and duetted with Yana on the equally splendid ‘Do I Love You (Because You’re Beautiful)’. 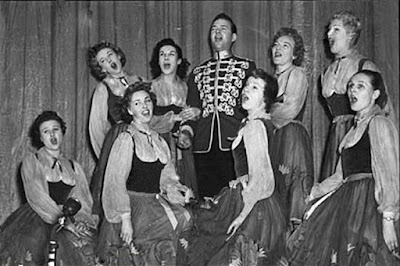 In later years he continued to tour in numerous revivals, both at home and abroad, notably as Arthur in Camelot in 1966. He also participated in re-recordings of favourite musicals, and was a regular broadcaster on BBC light music programmes. After retiring in the 70s, he worked tirelessly for the Grand Order of Water Rats charity. (Info AMG)
Posted by boppinbob at 09:45

Very interested to come across this entry in your blog about my late father.

In Spring of 1976 I appeared in a Variety Show at Cork Opera House. Bruce opened up his star spot with what I can only describe as a signature song, but I can't remember what it was. Did he indeed have a signature tune? I long to know.