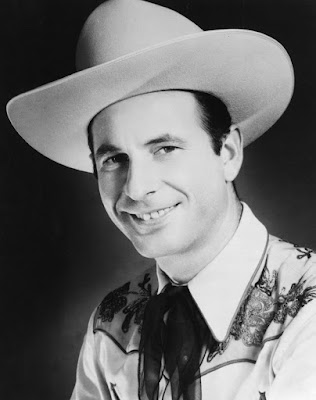 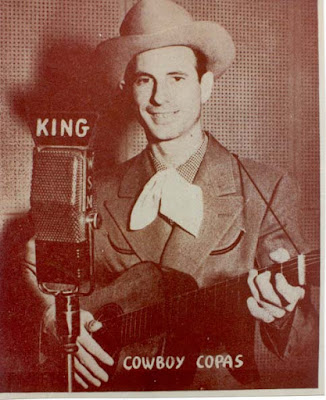 Copas was born in 1913 in Adams County, Ohio. Dropping out of school at age 14, Lloyd Copas began his music career as a fiddle player in several bands near his Ohio home. He later made the acquaintance of a Native American musician named Natchez, with the two entering fiddling contests in the Ohio River Valley area, competing for cash prizes. He began appearing on radio in the 1930s. Many of his early radio appearances were non-paying gigs, solely designed to promote his name and music.
Copas could be heard on Cincinnati radio stations WLW and 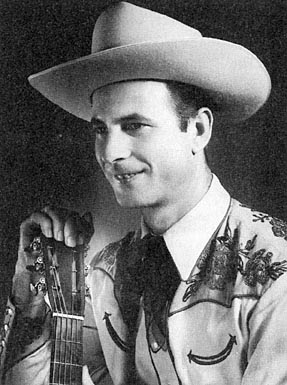 WKRC. In 1940, he accepted a job offer to appear as a regular on WNOX in Knoxville, Tennessee, where he performed with the Gold Star Rangers. In 1943, he became a vocalist for Pee Wee King and His Golden West Cowboys, replacing the great Eddy Arnold. While in King's employ, Copas got his first taste of WSM's Grand Ole Opry in Nashville, a venue he would play often.


In the ensuing years Copas and company traveled the country, performing at barn dance shows, rodeos, circuses and county fairs. Two of his biggest gigs came at Soldier's Field in Chicago and the Los Angeles Coliseum. 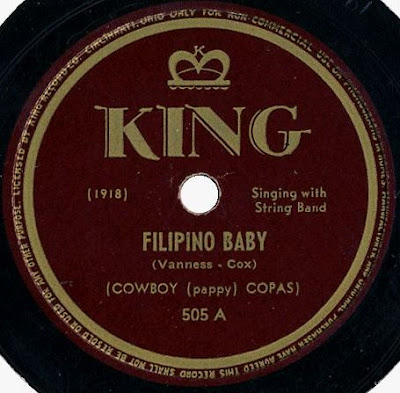 Cowboy Copas was signed by Cincinnati-based King Records in 1945. His debut single, "Filipino Baby" (King 505), was a big success, rising to the number four position on the country music charts in August 1945. He went on to record a slew of singles for 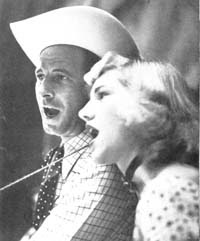 
From 1957-58 Cowboy Copas recorded for Dot Records. The output was minimal, with only three singles released.


Unable to score a hit, Cowboy Copas -- decked out in his big white Stetson and other cowboy regalia -- hit the trail, performing at 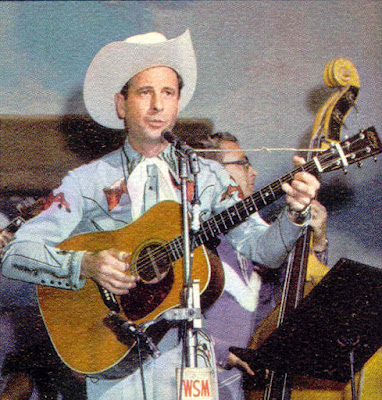 volunteer firemen's picnics, honky tonks and small-town bars. In 1959, Don Pierce of Starday signed Copas to a recording contract. His third single for Pierce, the foot-stomping "Alabam" (Starday 501), hit number one in 1960.


A benefit concert for the family of deceased country disc jockey Jack Call had brought Copas and other performers to Kansas City, Kansas. On March 5, 1963, Copas, Patsy Cline, Hawkshaw Hawkins and son-in-law pilot-musician Randy Hughes boarded a single-engine Piper Comanche for the return flight to 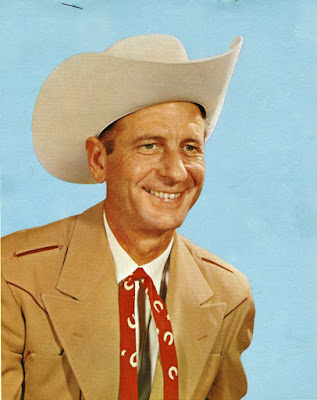 Nashville. They never made it. The plane crashed 90 miles west of Nashville, killing all on board.


Cowboy Copas was survived by his wife Edna, daughter Kathy and sons Gary and Mike. The crash was especially devastating for Kathy Copas Hughes, who had lost both her husband Randy and her father.