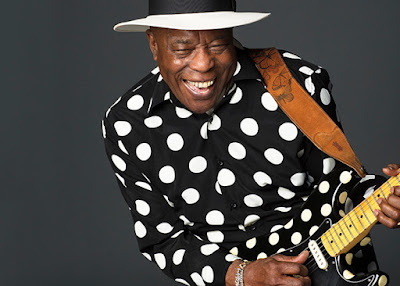 George "Buddy" Guy (born July 30, 1936) is an American blues guitarist and singer. He is a critically acclaimed artist who has established himself as a pioneer of the Chicago blues sound, and has served as an influence to some of the most notable musicians of his generation. Guy is known, too, for his showmanship on stage, playing his guitar with drumsticks, or strolling into the audience 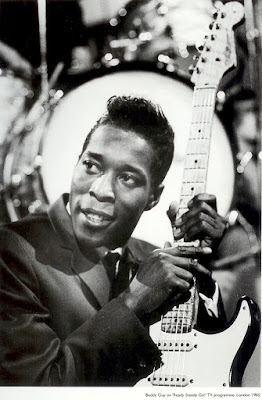 while playing solos. He was ranked thirtieth in Rolling Stone magazine's list of the "100 Greatest Guitarists of All Time". His song "Stone Crazy" was ranked seventy-eighth in list of the 100 Greatest Guitar Songs of All Time also of Rolling Stone.
Born and raised in Lettsworth, Louisiana, Guy began learning guitar on a two string diddley bow he made. Later he was given a Harmony acoustic guitar, which, decades later in Guy's lengthy career was donated to the Rock and Roll Hall of Fame. Guy's career started in the early-1950s, playing with bands on the Baton Rouge, Louisiana blues scene, overcoming a bad case of stage fright to become an onstage presence. His earliest 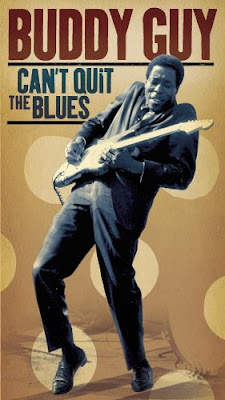 influences included T-Bone Walker, Lightnin’ Slim and Lightnin’ Hopkins - blues musicians who were all uniquely expressive stylists and showmen. Guy’s high-energy showmanship also owed a debt to Guitar Slim, of “The Things That I Used to Do” fame. Along the way, he developed his own style, typified by a fierce, staccato attack and tense, single-note solos.
After sending a tape to Chess Records, Guy headed to Chicago in 1958 to seek his fortune. He drew attention on the club circuit for his fiery fretwork and showmanship. With assistance from his friend and fellow bluesman, Magic Sam, Guy got signed to Cobra Records (releasing a few singles on its Artistic subsidiary). A year later Cobra folded and Guy - along with label mates Willie Dixon and Otis Rush - moved to Chess, where he played recorded from 1960 to 1967.
The guitarist immigrated to Chicago in 1957 and quickly fell in with some of the best players on the scene, able to hold his own with performers like Muddy Waters and Otis Rush. 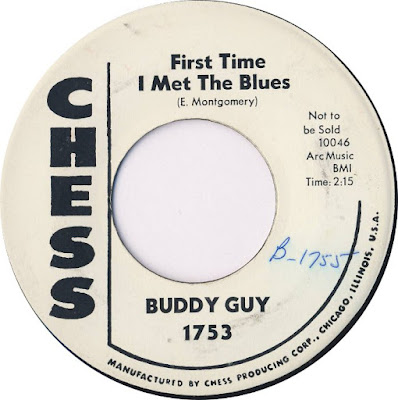 Guy would record a pair of singles in 1958 for a Cobra label subsidiary before signing with Chess Records. Guy's early guitar style was influenced by B.B. King and Guitar Slim, but he would soon expand his sound with original flourishes that fused traditional blues with an electric, rock-oriented sound.
Chess released a number of well-received singles, but the label wouldn't let Guy play in his style on records. Guy’s Chess sides never won the recognition that accrued to some of his labelmates, but he scored a hit with “Stone Crazy,” his fourth single for the label. 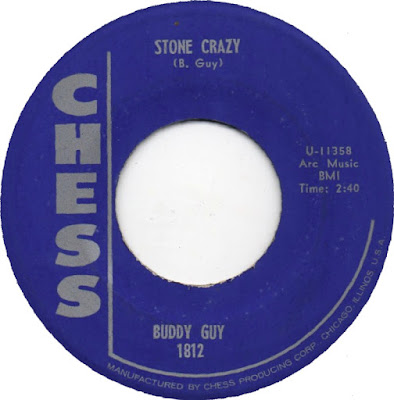 Another highlight of his Chess tenure was “When My Left Eye Jumps,” a menacing slow blues penned by Willie Dixon. While at Chess, Guy also served as an in-house guitarist, playing on sessions for Muddy Waters, Howlin’ Wolf, Little Walter, Koko Taylor and others. One landmark recording backing Muddy Waters, “Folk Singer,” was cut in 1963 and released in the spring of 1964. 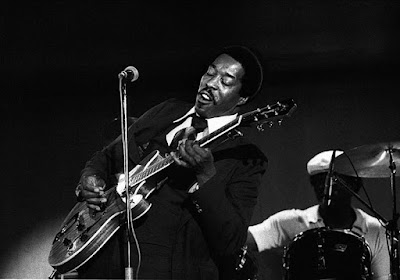 Notably, he performed on Koko Taylor’s “Wang Dang Doodle” and Howlin’ Wolf’s “Killing Floor.”
Taking notice of the evolving blues-rock scene in England, Guy left Chess in 1968 and moved to Vanguard Records, where he cut the classic albums “A Man and His Blues,” and “Hold That Plane.” In 1970 “Buddy and the Juniors,” a trio of Guy, harmonica player Junior Wells and pianist Junior Mance, was released on Blue Thumb. Guy’s partnership with Wells yielded the 1972 album “Buddy Guy and Junior Wells Play the Blues.” A spontaneous, tradition-minded blues set, released on Atco Records. There were no fewer than 20 releases under Guy's name during the 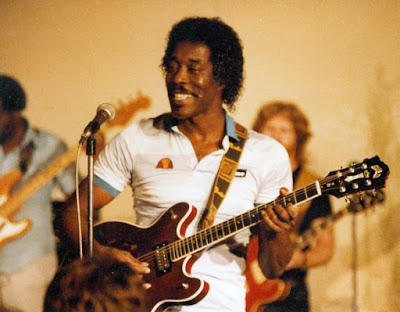 1970s and '80s, the best of them collaborations with Junior Wells. But by the time the Eighties became the Nineties, Guy amazingly didn't even have a domestic record deal.
Buddy signed with Silvertone records in 1990, and the labels goal was to bring him the stature he deserved as a recording artist.His first three albums for Silvertone the 1991 comeback smash “Damn Right, I've Got the Blues,” 1993's “Feels Like Rain,” and 1994's “Slippin' In,” all earned Grammy Awards.
For almost 50 years, Guy performed flamboyant live concerts of energetic blues and blues rock, predating the 1960s blues rockers. As a musician’s musician, he had a fundamental impact on the 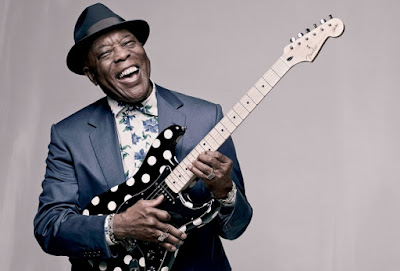 blues and on rock and roll, influencing a new generation of artists.
Buddy Guy has been called the bridge between the blues and rock and roll. He is one of the historic links between Chicago electric blues pioneers Muddy Waters and Howlin' Wolf and popular musicians like Eric Clapton, Jeff Beck, Jimi Hendrix and Jimmy Page as well as later revivalists like Stevie Ray Vaughan. Vaughan stated that, "Without Buddy Guy, there would be no Stevie Ray Vaughan." 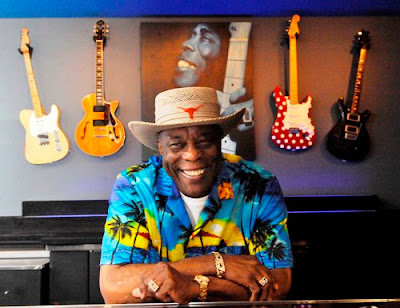 On February 21, 2012, Guy performed in concert at the White House for President Barack Obama and First Lady Michelle. During the finale of the concert Guy successfully encouraged the President to sing a few bars of "Sweet Home Chicago". On January 28, 2014, Guy was inducted into Musicians Hall of Fame and Museum. He has released a new album every couple of years, and has toured constantly.
(Info edited from Wikipedia /About.com / All about Jazz)

Thanks to El Barbero Loco blogspot for links

For The Best Of Buddy Guy go here:

Thanks to Dragonmaster XZ blogspot for link