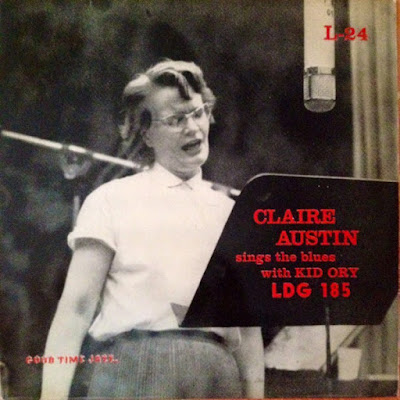 Claire was born Augusta Johnson in Yakima, Washington to Swedish / American parents in 1918 and moved to Tacoma in 1926, then Seattle in 1931. Her interest in music began early. She studied piano and dancing, and in high school became interested in drama. During her senior years, she sang alto in the school choir and first soprano in her church choir. She wanted to go to the University of Washington, but her father said no. So, with the end of school in June 1936, she thought on singing as a career, and haunted an agent's office until he booked her into The Oasis, a large nightclub on the edge of town. Her parents, who neither drank nor smoked, and had never seen the inside of a night club, were horrified. But Claire persuaded them she could always quit if she didn't like the place. 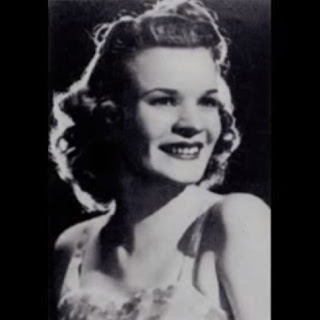 The Oasis job lasted six weeks. The house band, led by pianist Gene Smith, was composed of young musicians who were interested in jazz, and with them Claire developed her natural feeling for improvisation. She sang at other clubs in the area for a while, returned to The Oasis for a 21-week stay, then continued singing in various clubs in Washington, Oregon and Northern California. During the early years of World War 2, she met Chuck Austin, who was playing drums in a club in Redding, California. They were married in Reno, and Chuck went into the army soon after.

For the next few years, Claire worked at clubs in Oakland, Cincinnati, Chicago and Louisville, close by various army camps at which Chuck was stationed. There were difficult times for Claire, trying to be near her husband, caring for her two children, and working to support the family. Finaly, she returned to Seattle, where her folks lived, for the birth of her third child, and to wait for Chuck's release from the army. 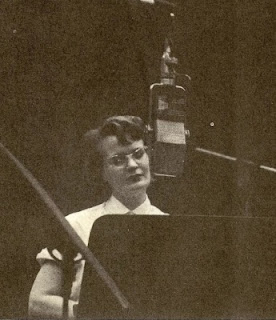 The post-war years of readjustments were not easy either. They moved to Sacramento, and Claire studied accounting, eventually getting a job with the State of California. With work, making a home, and caring for her three children, there was no time for a singing career. It was during this period, in 1947, she first heard a Bessie Smith record and first became interested in the blues as a form for her own singing. In 1947, for Mother's day, Chuck gave her an album of Bessie's records, which she took to playing as she did her housework. 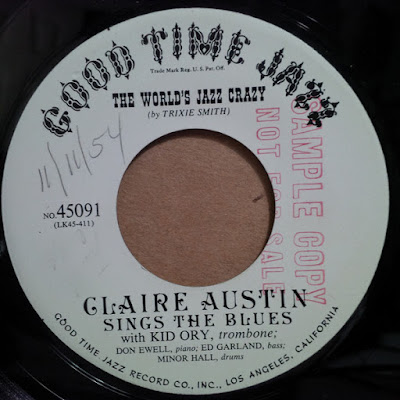 So matters rested until one day in 1951 when she received a phone call from a friend who told her Turk Murphy's Jazz Band was at The Clayton Club in Sacramento and Turk was looking for a singer. Claire remembers, "I had never heard any music like that before. I sang some blues and later "Cakewalkin' babies".

The bartender asked Chuck to sit in, whom he did, and we had an extremely enjoyable evening". She left Turk in 1952, to devote herself to her family, Claire did not appear professionally again  until 1954 for the recording session of the album "Claire Austin sings the blues with Kid Ory". Her next album was “When your lover has gone", after which Claire went back home !

She played in nightclubs throughout the northwest recording again for the GHB label in 1966. She remained active through the 1970s and in 1975  she came back in the studio in Atlanta where she recorded "Memories of you" for George H. Buck who runs the "Audiophile" label in New Orleans.

There is no file. Thanks anyway

Hello Eric, You were right it certainly was not there. Yet when I uploaded it it definitely was. It seems there is what is known in the bloggers trade as a glitch in Upload EE. I tried to upload some other files and had the same problem so I’ve used workupload which should be OK (fingers crossed)

The history of jazz and blues is full of talented artists who were obscure but didn't deserve to be. One example is Claire Austin, an expressive jazz/blues vocalist who was as proficient with intimate, introspective torch singing as she was with more extroverted classic blues. Claire Austin Sings When Your Lover Has Gone was recorded for Contemporary in 1955 and 1956, and finds Austin favoring vulnerable, relaxed, subtle torch singing (her phrasing could be described as an appealing combination of Mildred Bailey, Peggy Lee, and Billie Holiday). As a torch singer, she embraces the songbooks of great pop composers like Harold Arlen, Cole Porter, and the Gershwin Brothers. This CD also includes eight bonus tracks that appeared on Claire Austin Sings the Blues, an extremely rare 1954 10-inch album where she takes a more earthy approach, with support from trombonist Kid Ory and his rhythm section.

Thanks for these rare recordings.