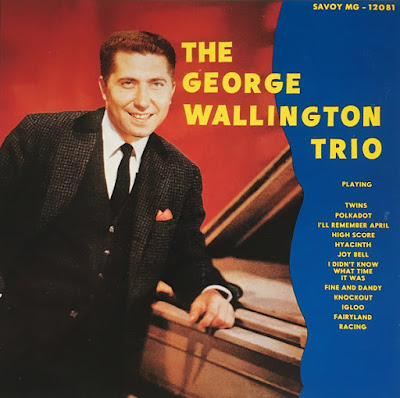 Wallington was born Giacinto Figlia in Sicily, and then moved to the United States (New York) with his family in 1925. He was introduced to opera and the classics early in life. His father taught him solfeggio (sightsinging) and the lessons of his youth in classical piano had a strong influence on his later jazz work. He said that he acquired the name Wallington in high school: "I like to wear flashy clothes and the kids in the neighbourhood would say, 'Hey, look at Wallington!'" He left school at the age of 15 to play piano in New York. 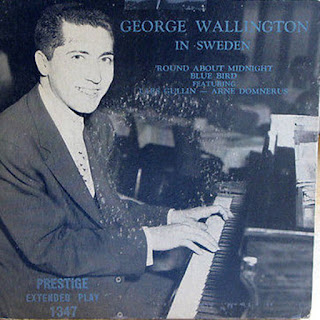 Wallington first heard jazz on New York radio and listened to great players like Count Basie, Teddy Wilson and Jess Stacy. 'But it was hearing Lester Young with Basie that got me interested in jazz and made me want to learn the style. I started playing little clubs and dates with friends. Then I started playing around Greenwich Village and got a job at a club called George's where I played for Billie Holiday.' As he spread his net wider in the search for work he found himself playing opposite Liberace in Philadelphia.

Wallington was there when Charlie Parker first arrived from Kansas City. The combination of Parker and Dizzy Gillespie at that time in New York drew many young musicians into the crucible of bebop which they fired up. Wallington was one of the gifted young white pianists - the others were Al Haig and Dodo Marmarosa - who were able to get a grip on what was essentially a black music. 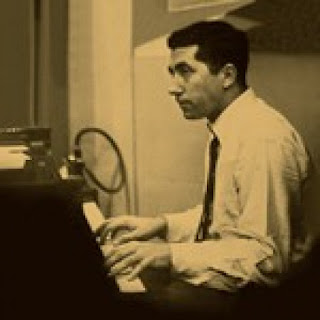 Black musicians, outraged at the way the Goodmans, Dorseys and Shaws had exploited what they, the black musicians, saw as their own music, tried to keep bebop to themselves. It is a testimony to Wallington's outstanding virtues that Gillespie hired him for his first bebop group, which played on 52nd Street in 1944. Wallington's way of playing was like that of the black pianist Bud Powell, but the two men had arrived independently at the style.

'Dizzy used to take me to his house and we'd play and he showed me his songs. Then he and Oscar Pettiford started the band at the Onyx. Charlie Parker was supposed to join us but he couldn't get a cabaret card. Anyway we had Don Byas, then Lester Young. Billie Holiday used to sing with us sometimes and Sarah Vaughan used to come in too. I don't know if we thought of what we were doing at the Onyx as something historic, but we did know we were doing something new and that no one else could play it.' 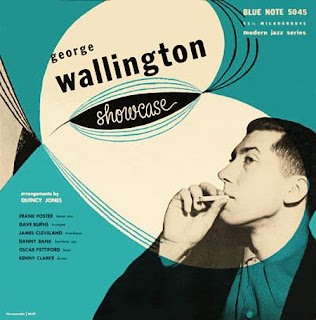 Wallington was then much in demand with the black players, and some sources state that Parker used him on a recording he made with strings for Norman Granz, but this needs to be confirmed. He wrote 'Lemon Drop', an early be-bop anthem with a nonsense scat vocal part. Among those who recorded the song were Woody Herman and Gene Krupa: over a million records of it were sold. Another composition was 'Godchild', which Miles Davis recorded in 1949 with his classic 'Birth of the Cool' band. 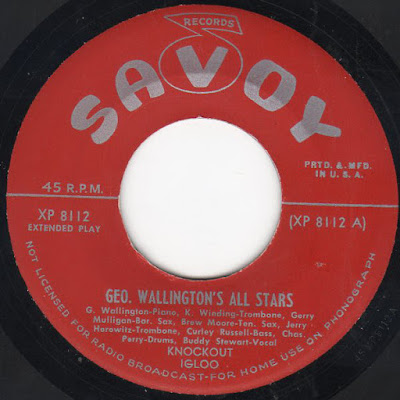 Wallington played with the who's who of bop during 1946-1952, including Charlie Parker, Serge Chaloff, Allan Eager, Kai Winding, Terry Gibbs, Brew Moore, Al Cohn, Gerry Mulligan, Zoot Sims, Red Rodney and recorded as a leader for Savoy and Blue Note (1950). In 1952 Gerry Mulligan called from Los Angeles to ask Wallington to travel out there. Wallington declined and the Gerry Mulligan pianoless quartet was caused by default. Mulligan kept the formula for decades. 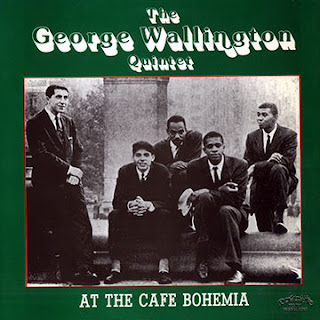 Wallington visited Europe briefly in 1953 to tour with the Lionel Hampton orchestra - the only time he ever played with a big band. The band was full of young talent, including the trumpeters Clifford Brown and Quincy Jones. Hampton's wife fired the band's singer Annie Ross and left her stranded in Paris, promising to send Ross a ticket to return to the States. She didn't and Ross stayed in Paris for two years. Wallington felt she had been badly treated and resigned in protest.

Young talent continued to gravitate to Wallington and in the middle Fifties he had a regular quintet of rising stars - the trumpeter Donald Byrd, the altoists Jackie McLean and Phil Woods, the bassist Paul Chambers and drummer Arthur Taylor.

In 1960 Wallington gave up on the music business altogether citing the stress of endless touring and retired to work in his family's air-conditioning company, although he continued to play privately. 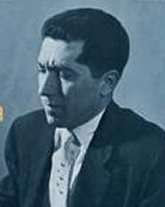 Following much interest in his work in Japan and the appearance of his old recordings there, he returned to the studios in 1983 to make his first recordings in 25 years: Virtuoso in 1984, Symphony of a Jazz Piano in 1986 and Pleasure of a Jazz Inspiration in 1992.His work proved to be as good as ever, and he was invited to play at the Kool Festival in 1985, but this was the sum total of his comeback. He died February 15, 1993 in New York City, NY

Thanx for this one. A "new" artist here = "new" hears here. Again, know numerous artists he played with but also would not have known he was "on piano."

Thanks for shinning the spotlight on the great Giacinto Figlia aka "George Wallington." You write here (or maybe it's not you but the source you quote that "Parker used him on a recording he made with strings for Norman Granz." I don't believe any such recordings exist. I spoke with George's brother Pete years ago in conjunction with an essay I published on Wallington's life and he indicated while Wallington was at this recording session, the producer did not like something about his playing, his chord choices or phrasings, if I recall correctly from my interview. I would be curious if you know differently, whether or not any recordings with Wallington from this session survive. Wallington's own recording with Strings was his personal favorite from his catalog. You may enjoy hearing Wallington on this NPR Piano Jazz broadcast from 1985, after he emerged from retirement: https://www.npr.org/2015/10/30/453135967/george-wallington-on-piano-jazz
Incidentally, his HVAC company, Figlia & Sons: Dr. Cool's Clinic, is still in business here in NYC.

Hello E.R. Thanks for your comment and information. I hope that my editing regarding the Norman Granz recordings will suffice, as it still leaves the question open for more research.
I am always appreciative for any help with my posts, especially if there are any errors. I try and keep any biography information from "reliable" sources and state whom they are from, but do not have the time to check all the information from the numerous web sites available.
Until the day of the post in question I had no idea of who Giacinto Figlia was! So I cannot help you with acquiring proof of the sessions that you have pointed out.
Thanks for the Wallington link as well.
Regards, Bob

Bob, One other thing I'd like to mention is that there is one recording of very poor sound quality of the Gillespie-Pettiford configuration at the Onyx Club in 1944. You mention this band in your write up. Their appearance at the Onyx Club is heralded as the "first" performance of be-bop. The one recording we have, which includes Wallington, Max Roach, Budd Johnson, Pettiford, and Gillespie can be heard on this collection: https://www.allmusic.com/album/1943-1944-vol-4-mw0000082641
The sound quality is wretched, but it is of great historic value. I remember first hearing on the Bird Flight radio show hosted by the great, late Phil Schaap. Gillespie also writes about this series of performances in his memoir, "To Be, or Not... to Bop," and while he clearly likes Wallington, he makes what sounds like a backhanded compliment when discussing why he chose him over Bud Powell for the Onyx... basically, he liked that Wallington was not as aggressive as Powell and laid back while the horns charted the course and then "filled it up like Bud" when he soloed. Anyway, you are not alone in having no idea who Wallington was. So many of these be-bop era greats have been forgotten, even by those of us who are fans of the music. Wallington is one of three Italian American early be-bop pianists of note, the other two being Michael "Dodo" Marmarosa and Joe (Albani) Albany, both of whom were really superb and definitely top drawer be-boppers whose personal struggles impacted their careers.

Hello E.R. I have posted about Dodo Marmarosa here:
https://fromthevaults-boppinbob.blogspot.com/2020/12/dodo-marmarosa-born-12-december-1925.html

I have a few albums of Joe Albany and have flagged him for my next post on the 24th January 2022. (God willing and if you can wait that long)