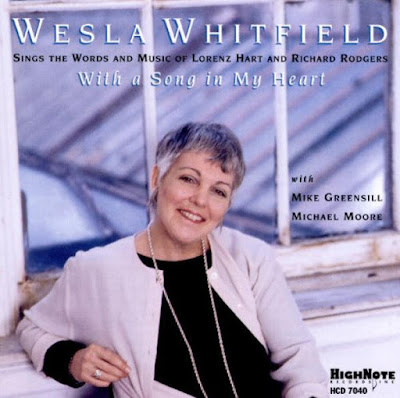 Wesla Whitfield (born Weslia Marie Edwards, September 15, 1947 – February 9, 2018) was an American singer who recorded more than a score of albums and performed at Carnegie Hall and the White House, among other sites, despite being confined to a wheelchair for the last four decades of her life. She specialized in the American standards genre of music. 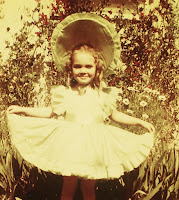 Born in Santa Maria, California, Whitfield was the daughter of Vernon Edwards and Eleanor Smith Edwards. The story of Ms. Whitfield’s first name is more involved. Her mother said she had been named after a friend whose name was spelled “Weslia,” with a silent i. Ms. Whitfield dropped the confusing i from her name after her mother’s death in 1998. She later met the friend, who told her that her name had always been spelled “Wesla.” 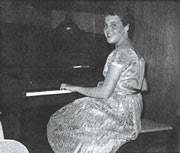 She studied at Pasadena City College and received a music degree from San Francisco State University. Her fondness for the American standards genre of songs began as a child, when she found her mother's old sheet music and began playing the songs on a piano and singing them. "Especially, the lyrics were wonderful," she said, "sentiments that I felt were something I could relate to." Whitfield's initial public performances came when she was a singing waitress at a Shakey's Pizza restaurant. She also sang in her high school's chorus and performed in a production of Brigadoon as a senior.

Whitfield resisted efforts to classify her style of singing. Although 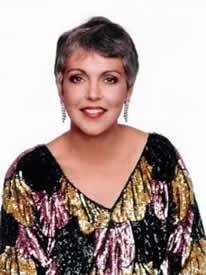 she was described by others as a jazz singer or a cabaret singer, she once said, "I don't claim to be anything. I just show up at the gig." She also persisted in her career despite being confined to a wheelchair after she was shot in an attempted robbery in 1977.

Trained as a coloratura soprano, in 1971 Whitfield began to sing in the chorus of the San Francisco Opera. Finding that type of music unsatisfying, she sometimes followed operatic performances with stops at piano bars, where she performed familiar songs whose composers included Irving Berlin, Cole Porter, and Rodgers and Hart. She later explained her preference by saying: "In opera, the voice was the only thing of importance. The Lyric and the story didn't count, and that was boring to me. I'm very interested in the song and the story that it has to tell." 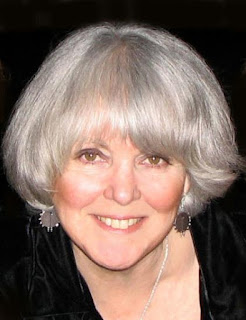 Ms. Whitfield told those stories with a clear, strong voice that could be languid or sprightly, playful or demure. Among those who praised her singing was Tony Bennett, who called her a “wonderful singer” who “thrills me when I hear her,” The Los Angeles Times reported in 1996.

Whitfield's opera career lasted four years. Her change in orientation took her first to working as a singing cocktail waitress and then to singing in nightclubs, including the Rrazz Room and the Empire Plush Room in San Francisco, the Cinegrill in Los Angeles, The Oak Room of the Algonquin Hotel in Manhattan, and Scullers Jazz Club in Boston.

In 1977, two boys approached Whitfield on a street in San Francisco and told her to go with them. As she turned away, one shot at her. The bullet hit her spine, paralyzing her from the waist down. She sang for about three months soon after the shooting but stopped because "... it was quite boring because I really wasn't there mentally or emotionally." When she resumed performing, her husband carried her on stage to sit on a stool or chair because she didn't want her wheelchair to distract from her singing. 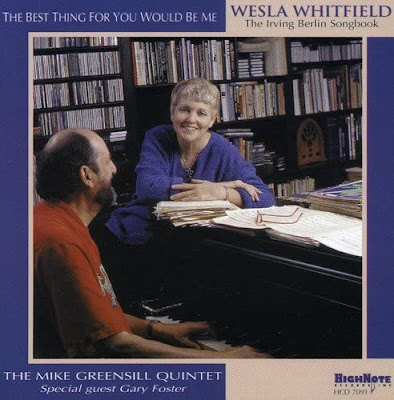 In 1985, she and her husband created the Myoho label for her albums. After three releases, HighNote Records began distributing Whitfield's recordings. In the late 1990s, Whitfield and Greensill toured with a production of Life Upon the Wicked Stage, a "semi-autographical show" featuring Whitfield's singing. A review in The 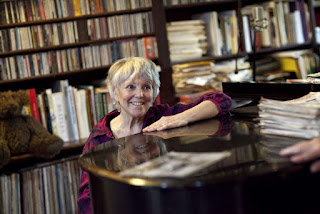 San Francisco Examiner described the show as "An absolutely marvelous evening of musical theater." A 1994 review in Newsday by Gene Seymour compared her to the celebrated swing-era vocalist Lee Wiley: “Her tone has a bracing, enveloping clarity reminiscent of Lee Wiley, who, like Whitfield, could make a song bend or jump in mid-verse without losing control of her timbre.” 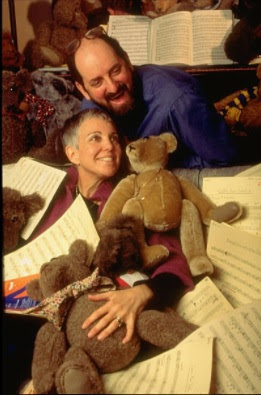 Ms. Whitfield’s career took hold at West Coast clubs like the Cinegrill in Los Angeles and the Rrazz Room and the Empire Plush Room in San Francisco. In New York, she became a regular performer at the Oak Room of the Algonquin Hotel.

Whitfield was married to, and divorced from, Richard Whitfield and Wilfred Berg. She kept the surname Whitfield because she liked the alliteration with Wesla. She married jazz pianist Mike Greensill in 1986. He had been her pianist and arranger, and he continued in those roles after their marriage

On February 9, 2018, Whitfield died of complications of bladder cancer at her home in St. Helena, California, at age 70. (Edited from Wikipedia & NY Times)

For” Wesla Whitfield ‎– With A Song In My Heart” go here: