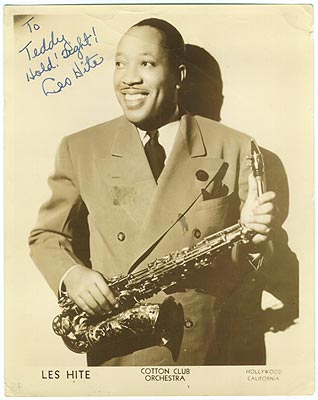 Born in DuQuoin, Illinois, his brothers were Ernie Hite and Bill Hite. He graduated from Urbana High School and attended the University of Illinois. Hite played saxophone with family members in a band in the 1920s and then worked with Detroit Shannon touring with the Helen Dewey Show. After the revue fell apart 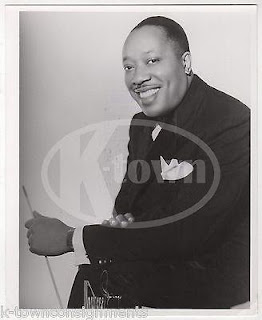 unexpectedly in Los Angeles, Hite settled in the city. He worked for the Spikes Brothers' Orchestra, Mutt Carey, Curtis Mosby and Paul Howard's Quality Serenaders among others. In 1930 he took over Paul Howard's band and it became Sebastian's Cotton Club Orchestra, soon becoming a fixture at L.A.'s Cotton Club for years.

Hite's big band accompanied Louis Armstrong during the trumpeter's stay in Los Angeles and later on backed Fats Waller. He performed regularly in the Golden Gate Ballroom in Harlem, and a frequent collaborator with Benny Goodman.


Hite's Orchestra also appeared on the soundtracks of many films and made a few rare visual appearances in the movies. Although his big band occasionally toured (even appearing in New York in 1937), it remained based in Los Angeles. 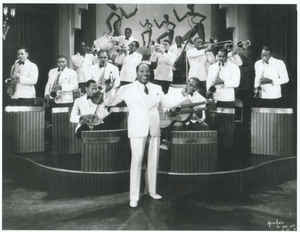 After 1945, Hite gradually dropped out of the music business although in his last five years he managed a booking agency. In addition to Armstrong and Waller, among the musicians who worked with Hite were Lionel Hampton, Marshall Royal, Lawrence Brown, George Orendorff, Britt Woodman, Joe Wilder and (for a brief period in 1942) Dizzy Gillespie. 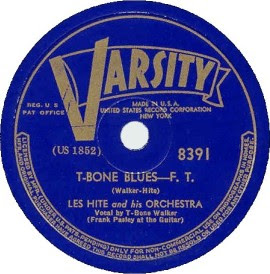 Hite rarely recorded, and for this reason much of the details of his life and work are poorly documented. The only sessions he did were 14 numbers recorded between 1940 and 1942. T-Bone Walker guested on "T-Bone Blues" while Dizzy Gillespie took an early bop 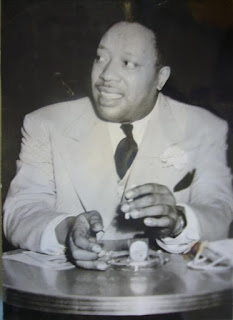 solo on "Jersey Bounce." After 1945, Hite gradually dropped out of the music business although in his last five years he managed a booking agency.

Hite was admitted in St. John's Hospital, Santa Monica, California, a week before his 59th birthday, with a cold and virus condition , but died there following a heart attack.

Thanks for this. Interesting read and I'm looking forward to listening to the tracks.

Well, this was a swinging delight! Thank you.
And that 'Pudgy Boy' short is great fun. Way before 'Big Fat Mamas Are Back In Style'.

Going off on a tangent, I remember 'I Remember You' from the 60s versions by Frank Ifield and Slim Whitman (and it's the one thing I remember from the horror movie where it's used to extraordinary effect in the soundtrack).