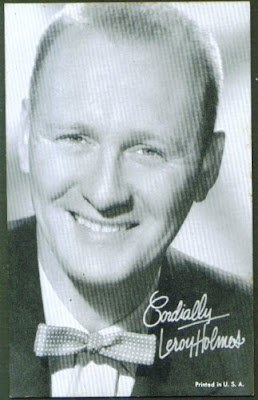 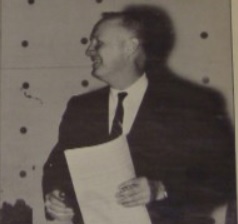 Holmes graduated from Hollywood High School, studied music at Northwestern University in Evanston, Illinois and the Juilliard School in New York, before working with a number of bandleaders during the 1930s and early 1940s. These included Ernst Toch, Vincent Lopez, and Harry James, for whose band, he wrote "The Mole" and arranged  “I Cried for You” and “Crazy Rhythm.”

After serving as a pilot and flying instructor, a lieutenant in the US Navy during the Second World War, he moved to Hollywood, 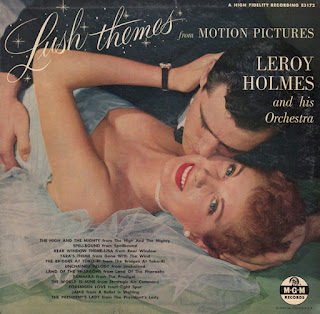 where he was hired by MGM Music Studios as a house arranger and conductor.

In 1950, he relocated to New York and continued as a record producer for MGM, and later moved to United Artists. During his time with MGM he formed a recording orchestra that produced a series of albums that sold well. Holmes also backed numerous vocalists, including Judy Garland, Art Lund, Helen Forrest, Dinah Shore and Nelson Eddy. 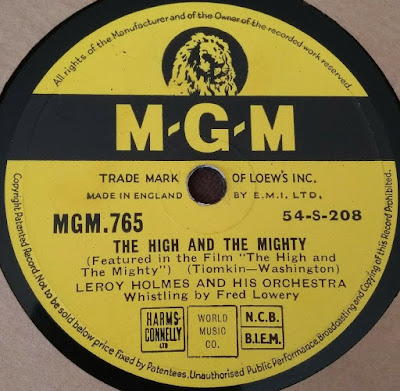 In 1954 made what is possibly his best known recording, a version of the theme to the film The High and the Mighty. It sold over one million copies, and was awarded a gold disc. The song is known for its distinctive accompanying whistling, which was provided by Fred Lowery. His other popular-song and instrumental compositions include "Prince Charming", "Sahara", "One Stop Boogie", "Pennsylvania Turnpike", "B-19", and "The New Dixieland Parade". 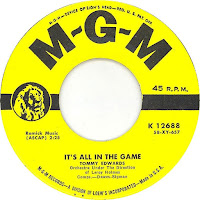 Holmes provided the orchestration for Tommy Edwards epic 1958 hit "It's All In The Game", and tried rock and R&B with his backing to the Impalas "Sorry (I Ran All the Way Home)". Holmes also wrote the theme song to the television series International Detective.

He moved to United Artists Records in the early 1960s, where he contributed to many compilations of movie themes, released albums under his own name, Most notable of these were a solid collection of Morricone tunes from spaghetti Westerns, For a Few Dollars More, and several LPs featuring some wonderful soft pop
arrangements of movie themes, including the space age pop favorite, "Mah-nah Mah-nah."

Whilst at UA he backed a succession of singers, notably Connie Francis, Gloria Lynne, Shirley Bassey and Puerto Rican singers like Tito Rodríguez and Chucho Avellanet. In addition, he produced albums for a number of United Artists acts, including the Briarwood Singers. He also worked on the music for the 1977 film The Chicken Chronicles.

Holmes died from heart problems at Cedars-Sinai Medical Center in Los Angeles, California at the age of 72.

For “The Sophisticated Strings and Arrangements of Leroy Holmes” go here:
https://www.mediafire.com/file/m3wqf8n5a3udwxg/Leroy_Holmes.rar/file
Disc 1

Leroy Holmes was an American songwriter, composer, arranger and conductor. This is a 'must listen' for those who are after the sweep of lustrous violins, muted cellos and the vibrant darkness of violas.

You will hear on this collection a cleverly balanced program of arrangements covering five original LPs, Which highlight glorious string sections, big band themes, a selection of Spanish songs, movie themes and a tribute to the great Ray Charles.

The musical taste and imagination of Leroy Holmes is self-evidently displayed in an appealing fashion on these 60 tracks. Many of these songs may set toes to tapping, as this CD set is made for pure musical enjoyment, and to be savoured as one would a fine wine. (Jasmine notes)

A big thank you to Luis @ acmmijas blog for original post.

Hello HP, Thanks for the added information and mp3 link. Much appreciated.