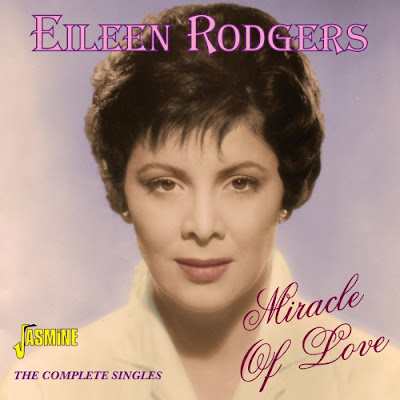 Eileen Rodgers (July 10, 1930 – July 13, 2003) was an American singer and Broadway performer.
Born in Pittsburgh, Pennsylvania in 1930, Eileen Rodgers grew up in South Oakland and graduated from Cathedral High School. She began her career as a nightclub performer. 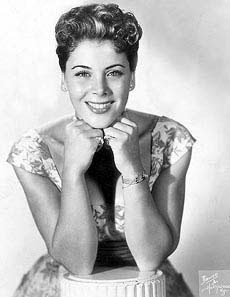 The liveliness of the Pittsburgh night club scene in the early 1950s is suggested in Dave Goodrich's history of Pittsburgh entertainment, where he records Ms. Rodgers' appearances at the Carnival, Johnny Brown's, V.T.W. Club, Tommy Carlyn's, Pat McBride's and the Vogue Terrace in the period 1950 to 1954, alone. In 1953, she was part of a four-hour Cerebral Palsy telethon from the Nixon Theatre along with Nat King Cole and Tony Bennett.
Soon, Ms. Rodgers took to the road as lead vocalist with the Charley Spivak Orchestra, which led to her being signed by Columbia records, for whom she recorded some 30 singles and one album in the late 1950s and early 1960s. 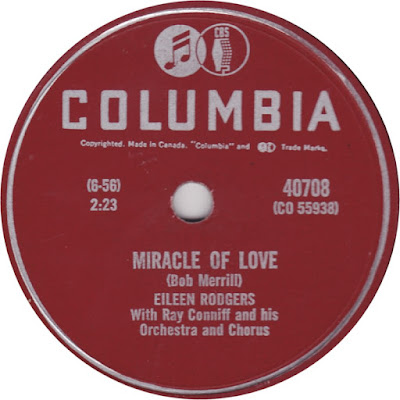 She had a half-dozen songs make the charts, her most successful single being "Miracle of Love" in 1956, which reached number 18 and 24 respectively, on the Billboard and Cash Box pop charts. 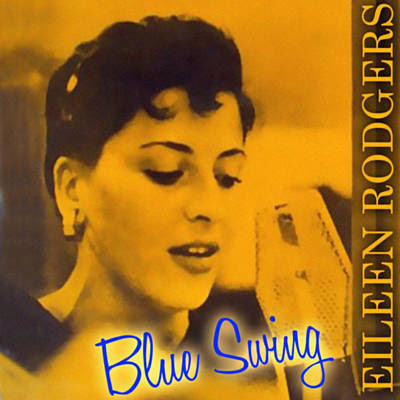 In New York, she appeared in a musical revue, "Chic," which led to Broadway, where her debut was as Mitzi in "Fiorello!" singing the show-stopper, "Gentleman Jimmy." Her second show was another Jerry Bock-Sheldon Harnick musical directed by the famed George Abbott, "Tenderloin," about which the fastidious critic, Harold Clurman, said her good looks was one of only two things he could remember.

Her other Broadway shows were the one-performance flop, "Kelly," directed by Herbert Ross, and a stint as standby to Ethel Merman in the 1966 revival of "Annie Get Your Gun." She also starred as Reno Sweeney opposite Hal Linden in a big 1962 off-Broadway revival of "Anything Goes" which later played Las 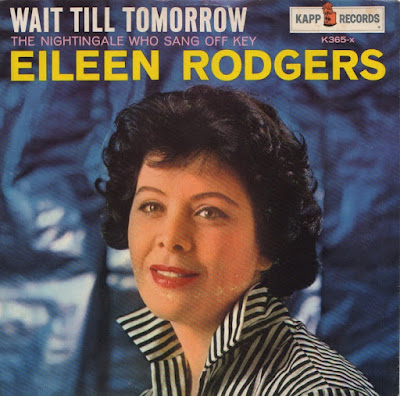 Vegas, where Linden was replaced by Peter Marshall. Its cast album is still in demand. The show won the New York Outer Circle Critics' Award as Best Revival of 1962.
In 1958, Ms. Rodgers became Mrs. Thompson. Even though he was another native Pittsburgher, just a year her junior, who grew up in Oakland and went to Cathedral's brother school, Central Catholic, they first met in New York on a 1957 blind date at Toots Shor's.


At that point, she had just recorded her Columbia album, "Blue Swing" with Ray Coniff. She did most of the musical TV shows of the day -- "Ed Sullivan," "Dick Clark," "Tonight, "Jimmy Dean" -- 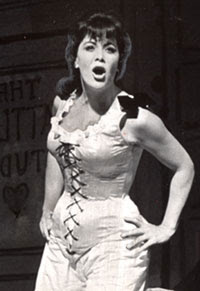 as well as a black tie Carnegie Hall tribute to Cole Porter with Vic Damone and the New York Philharmonic.


Her final professional appearance was with comedian Bob Newhart in 1967 at Chicago's Palmer House. Her husband flew out for the opening with Ethel Merman, a friend since "Annie Get Your Gun." There was a huge flurry of offers to take the act to other cities, but they had just learned Mrs. Thompson was pregnant. Rodgers gave up her career at its height in favour of marriage and motherhood. She never performed again. When her husband retired, the Thompsons moved from Long Island to their former summer home in North Carolina.
Eileen Rodgers Thompson died of lung cancer on July 13, 2003 in Charlotte, North Carolina, three days after her 73rd birthday.

Eileen Rodgers might be called 'The Star Who Never Was'. She burst on the national scene in 1955 with a long string of singles and acclaimed musical comedy performances on the stage, but in seven quick years her recording career was over. She nevertheless made such an impact, that she is still remembered today as one of the great vocalists of all time.

Includes the hits, 'Give Me', 'The Wall', 'Treasure of Your Love' and of course her biggest hit 'Miracle of Love'.

This excellent issue by Jasmine is a complete collection of her singles, many of which have not been heard since their original release plus highlights from her acclaimed cast recordings in Fiorello, Tenderloin and Anything Goes. Eileen Rodgers never became the superstar she should have been, but her distinctive sound continues to attract new listeners, and her fans have steadily increased through the years and hopefully she will never be forgotten.

Thanks Bob. Always something different here at the vaults.

Bob Good morning, could you please replace the link, Eileen Rodgers, is very important to me. Please please. Heribert.