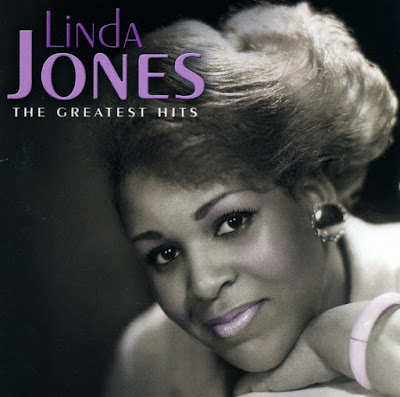 Linda Jones (December 14, 1944 - March 14, 1972) was an American singer and was considered by many one of the greatest soul singers who ever lived. Linda affectionately known as the "Empress Of Soul" put her heart and soul into every lyric like no 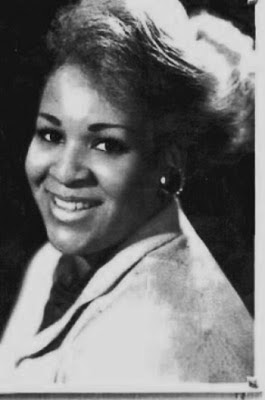 other, it is often said you could feel her pain in every word.
Linda Jones was more than just a singer, or even a great singer. She was, purely and simply, an experience; a young lady whom took soul to church and poured into the microphone. This Newark, New Jersey-born soulstress started in her family's gospel group the Jones Singers at the age of six.
She was found performing at a local club by songwriter Jerry Harris who introduced her to producer George Kerr. Her first recording was 'Lonely Teardrops' under the name Linda Lane, on Cub Records in 1963, and she had unsuccessful singles on Atco Records in 1964 and Blue Cat the following year. 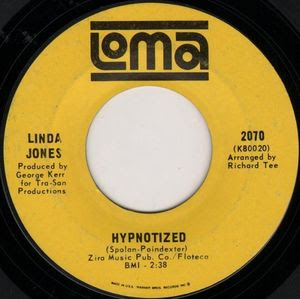 In 1967, she worked with writer/producer George Kerr and signed to Russ Regan's Loma label in 1967. This resulted in her biggest hit, 'Hypnotized', which narrowly missed the US Top 20. Here she used the vocal idiosyncrasies that she displayed in her later recordings with greater subtlety - a warbling exhibition of vocal gymnastics unlike anything that anyone has ever done before or 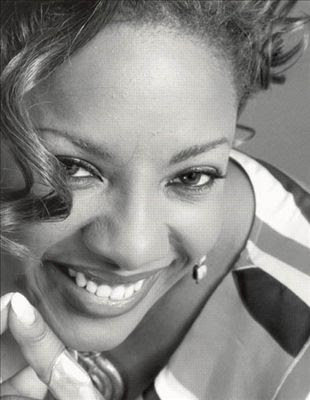 since. In fact, she's generally credited with really bringing the art of melisma (spreading a syllable over several notes) into popular music. The best example was 'Not on the Outside,' recorded for Turbo Records in Newark, NJ, perhaps the most over-the-top vocal performance ever released.


Kerr took her to Warner Bros. Records' R&B subsidiary, Loma Records in 1967. The first Loma release proved to be her biggest success, the ballad, "Hypnotized" reached #4 on the Billboard R&B chart and #21 on the Hot 100. This proved to be the label's best-selling record and it was followed by two further hits, including "What've I Done (To Make You Mad)" (#8 R&B, #61 pop), and an album.
After Loma closed in late 1968, Linda had a final single on the main Warner label before joining Neptune Records, run by Philadelphia producers, Kenny Gamble and Leon Huff. Two singles, both produced by Kerr, saw some R&B success before she signed for All Platinum subsidiary, Turbo Records, in New Jersey in 1971. A powerful revamped version of the former Jerry Butler hit, "For Your Precious Love" reached both the R&B (#15) and pop (#74) charts in 1972 and saw her career take off again.


Once cited by Gladys Knight as her favourite singer, Linda Jones was aptly described in Black Music magazine as "perhaps the most soulful singer in the history of R&B music". She makes Tina Turner sound like Judy Collins, achieving a level of intensity in the first 10 seconds that is infrequent even within the Deep Soul idiom.


Linda suffered from chronic diabetes and only had one kidney but her illnesses never stopped her from singing, until March 14, 1972. On that fateful day Linda just finished a matinee performance at the famed Apollo Theater in Harlem, having one more evening performance before finishing her two week long engagement. That 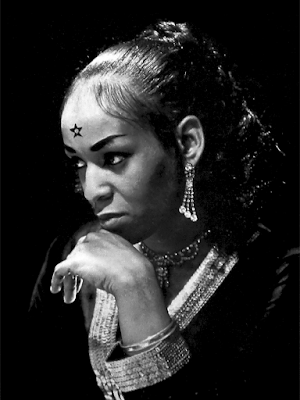 matinee show would be her final performance. Linda was not feeling well that day and decided to go back home to Newark, New Jersey to rest between shows. Linda fell asleep and went into a diabetic shock, slipped into a coma never to awake Linda was only 27 years old.


Linda Jones never made it to the mainstream big time; she never toured Europe where she would have found a hearty welcome from serious devotees of deep soul music.  In a life that ended way too soon, she made some amazing recordings that reveal depth, intensity and passion.


All Platinum put out three albums of previously issued and unreleased material after Linda's death and in 2008, her daughter, Terry Jones, along with Helen Bruner, produced an album featuring her mother's vocals. One of the tracks, "Baby I Know" was nominated for a Grammy award at the end of 2008.
(Info various edited from Wikipedia and mainly philarzy.com)
Posted by boppinbob at 11:12