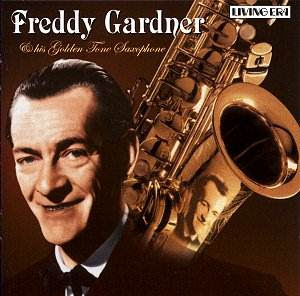 
His father sold artist's materials, while his mother was a dressmaker. Self-taught, he took up the saxophone at 15 to help to alleviate asthma. After minimal coaching he formed the semi-professional New Colorado Band in 1928, and a year later, while working as an office clerk, entered the band in a contest at Chelsea Town Hall, and won. He was spotted by the founding editor of 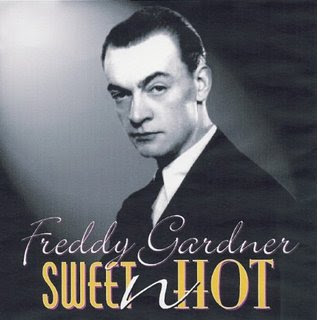 Melody Maker magazine who was distributing the prizes, and a year later secured his first regular professional position. In 1933, now married to Kathleen, Freddy was taken under the wing of Ray Noble and recorded with the New Mayfair Orchestra.


He was a virtuoso not only on clarinet and alto sax but also on the whole saxophone family. He played in the top London clubs when working with Sidney Lipton's Orchestra; later with Bert Firman's band, and with Canadian-born Billy Bissett, who spent three years in England from 1936, playing at the Mayfair Hotel, London. Gardner became a prolific record session player, doubling on all the reeds, although his main instrument was alto sax. When Duke Ellington came to London for the first time, Freddy played to Ellington's accompaniament at a club in Wardour Street, to the 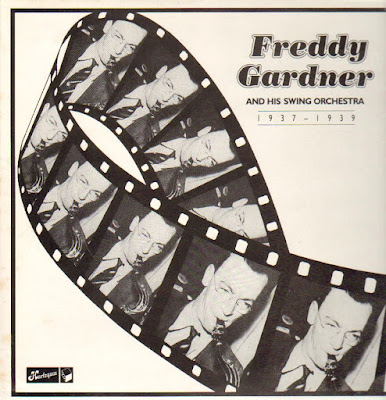 admiration of the Duke's regular saxophonist, Otto Hardiwcke.
Gardner led small groups in 1936/37, on the Interstate label, distributed by Interstate Music in East Sussex, England. Toward the end of 1937, he began to be billed as "Freddy Gardner and his Swing Orchestra' with which he made many recordings. The band included such musicians as George Chisholm and Ted Heath. These were regularly featured on radio broadcasts, and the band accompanied 'Buck and Bubbles' on their visit to Britain in the late 1930s. Many of the orchestra's arrangements were scored by Gardner himself. He also played with George Scott Wood and his Six Swingers, whose vocalist was Sam Costa, as well as with the Benny Carter Orchestra during Carter's sojourn in Europe.


During World War II, Freddy -always known as 'FG' - joined the Royal Naval Patrol Service (as a diesel engineer) under Eastern Command. An official dance band for the RNPS, called the Blue Mariners, was set up and led by George Crow. Their home was the Sparrow's Nest at Lowestoft, an entertainment centre-cum-theatre appropriated by the Royal Navy, which also attracted theatre and radio stars such as Eric Barker. Other musicians in the band were drawn from the orchestras of Henry Hall and Ambrose. Freddy Gardner was regularly given special leave to continue his recording and broadcasting, such was his high reputation. Other recordings at this time were made under the band name 'Freddie Gardner and his Mess Mates'. 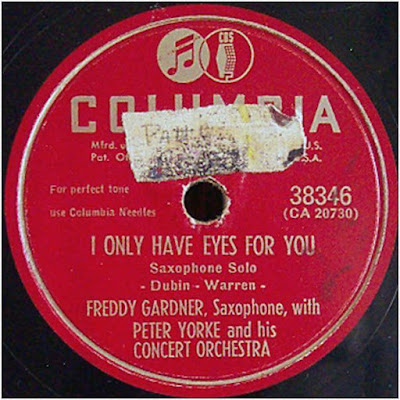 After WWII service, he continued with extensive freelance work, notably as a star soloist with the Peter Yorke Concert Orchestra which usually comprised between 30 to 40 musicians.This band was formed for the BBC and featured in weekly radio programmes 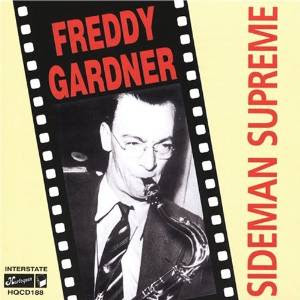 such as The Starlight Hour, and Sweet Serenade. Gardner's 78rpm recordings of classics such as 'Stardust', 'Smoke gets in your eyes', and especially 'I only have eyes for you' continue to be much admired.

The last of these was recorded at EMI’s Abbey Road studios on 29 April 1948, just two years before his sudden death Many of his recordings are still available on CD.
Freddy loved golf, all forms of transport and was a keen modeller. He was taken ill while mending one of his sons' bicycles in the garden of his flat near Marble Arch, and though rushed to hospital, he died of a stroke on 26 July 1950 at only 39 years old. Many in the profession attended his memorial service and he is buried in Willesden Cemetery.(Info from Wikipedia)
Posted by boppinbob at 09:58

For Freddy Gardner and His Golden Tone Saxophone, go here:

1.Smoke Gets In Your Eyes
2.Stardust
3.China Boy
4.Japanese Sandman
5.You can’t Stop Me Dreaming
6.I want to Be Happy
7.Limehouse Blues
8.I Double Dare You
9.Have You Got Any Castles Baby
10.The Snake Charmer
11.The Dipsy Doodle
12.Music, Maestro, Please
13.Jeepers Creepers
14.10 AM Blues
15.I Love You-At Sundown
16.There’s No Two ways About Love-My Honey’s Arms
17.Steamboat Bill-Beyond the Blue Horizon
18.Indian Summer-S’posin’
19.It Don’t Mean a Thing-Back home in Tennessee
20.I Only Have Eyes for You
21.I’m In the Mood for Love
22.Roses of Picardy
23.These Foolish Things
24.Valse Vanite
25.Body and Soul
26.Softly As In a Morning Sunrise.

Saxophonist Freddy Gardner (1910-1950) is saluted with a pleasant Living Era compilation that samples great moments from the final 15 years of his tragically truncated recording career. A mainstay in the cheerful, elegant, and wholesome world of British dance and swing bands during the second half of the '30s, Gardner was tremendously active as both leader and sideman and can be heard fronting his own groups on tracks one through 19. Tracks 20 through 26 showcase Gardner as spot-lit soloist with Peter Yorke and his Concert Orchestra, a fulsome post-war pop flotilla buoyed by a sugary sweet string section. Gardner sounded great in any company and this commemorative album will enable the listener to enjoy his woodwind artistry in a variety of instrumental settings.