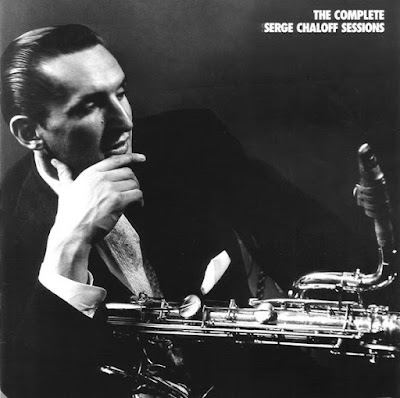 Serge Chaloff (November 24, 1923 – July 16, 1957) was an American jazz baritone saxophonist. He has been described as 'the most expressive and openly emotive baritone saxophonist jazz has ever witnessed' with a tone varying 'between a light but almost inaudible whisper to a great sonorous shout with the widest but most incredibly moving of vibratos.' 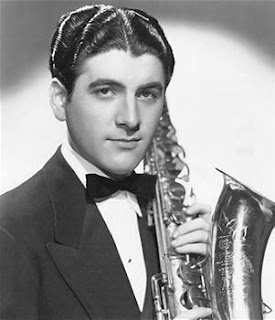 Chaloff was born in Boston. His father was a pianist with the Boston Symphony Orchestra while his mother, Margaret, taught music at the Boston Conservatory of Music, over time educating an illustrious series of pianists including Keith Jarrett, Herbie Hancock, and Richard Twardzik. Chaloff himself studied piano and clarinet before teaching himself the baritone sax in emulation of Jack Washington and Harry Carney. Charlie Parker was also a monumental influence. 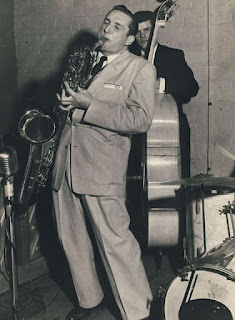 However, by this time Chaloff was deep in the throes of heroin addiction, and for years after leaving the Herman band in 1949 he was considered persona non grata throughout much of the jazz community, earning an abysmal reputation for missed gigs and erratic performances. Chaloff settled in New York City, assembling a group featuring the visionary pianist Bud Powell and trombonist Earl Swope that, sadly, never recorded. For part of 1950, Chaloff played in the All Star Octet of Count Basie who, like Herman, had broken up his big band. The band comprised Basie, Chaloff, Wardell Gray, Buddy DeFranco, Clark Terry, Freddie Green, Jimmy Lewis and Gus Johnson. The group recorded a handful of sides for Victor and Columbia and was also captured on airchecks. 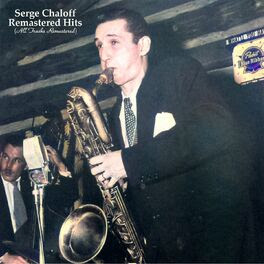 His friend Al Cohn observed 'It wasn't until he left the big bands that he really started to develop as a soloist. By early 1952 he returned to Boston, and that spring cut an unissued session with pianist Twardzik, trombonist Sonny Truitt, bassist Jack Lawlor, and drummer Jimmy Weiner. Championed by local disc jockey Bob Martin, Chaloff gradually eased back into the larger consciousness, appearing on television's The Steve Allen Show and leading the house band at the Beantown club Jazzorama. 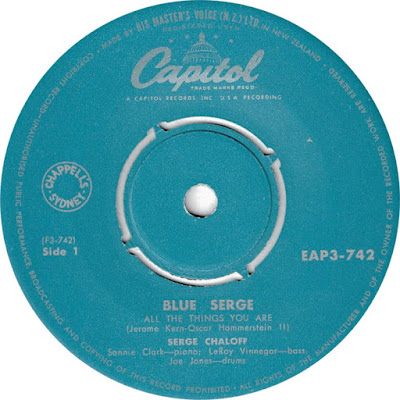 In June and September 1954, Chaloff made two recording sessions for George Wein's Boston Storyville label, released as two 10" LPs. The first Serge and Boots was presented as a joint album with Boots Mussulli. On the second Storyville album, The Fable of Mabel, Chaloff played in a nine-piece band featuring Charlie Mariano, who composed three of the five originals, and Herb Pomeroy. The ambitious title piece was composed by Dick Twardzik, who described it on the sleevenote: 'The Fable of Mabel was introduced to jazz circles in 1951-52 by the Serge Chaloff Quartet. Audiences found this satirical jazz legend a welcome respite from standard night club fare. 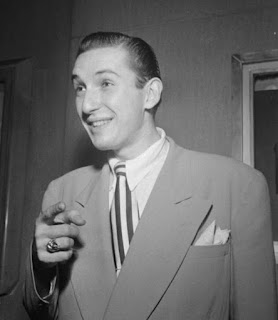 Just a month after his second Storyville recording, Chaloff went through a personal crisis. In October 1954, with no money and unable to find heroin, he voluntarily entered the drug rehabilitation program at Bridgewater State Hospital. After being hospitalized for three and a half months. he was released in February 1955, finally drug free. In 1955, Bob Martin persuaded Capitol Records to record a Chaloff LP as part of their 'Stan Kenton Presents Jazz' series. Chaloff's come-back album, Boston Blow-Up! was recorded in New York City in April 1955. 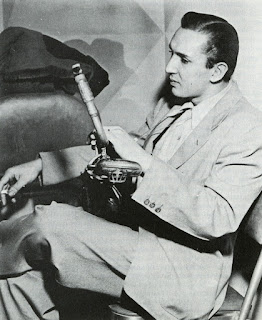 After completing work on Boston Blow-Up!, a loose but impassioned Stan Kenton-produced date for Capitol, Chaloff relocated to Los Angeles, where in 1956 he assembled pianist Sonny Clark, bassist Leroy Vinnegar, and drummer Philly Joe Jones to record his masterpiece Blue Serge, a gripping, evocative set that ranks among the finest jazz recordings of its era. Chaloff continued to work on the West Coast, performing at the Starlite Club in Hollywood in May 1956. That month, while playing golf, he was struck down by severe back and abdominal pains, which paralysed his legs. Chaloff flew back to Boston, where an exploratory operation revealed that he was suffering from cancer of the spine after which he was confined to a wheelchair. He played his final recording session at a reunion of the Four Brothers in 1957, but by this time the cancer had spread and five months later  he died on July 16, 1957, in Boston, at the age of just 33.

This is reputed to be the only video image in which Serge Chaloff (the last 4 bars of the first chorus of solos). The Woody Herman Big Band – Northwest Passage
Posted by boppinbob at 04:26

This is the type of project the Mosaic label does best: releasing the complete output as a leader of a classic jazz musician including obscurities and a couple of fairly well-known sessions. Serge Chaloff, one of the top baritone-saxophonists in jazz history, is featured as the leader of bop-based small groups on sessions originally out on Dial, Savoy, Futurama, Motif, Storyville, and Capitol. Such sidemen as trumpeters Red Rodney and Herb Pomeroy, tenorman Al Cohn, altoist Charlie Mariano and Boots Mussuli, vibraphonist Terry Gibbs, and pianists Ralph Burns, George Wallington, Dick Twardzik, Russ Freeman, Barbara Carroll, and Sonny Clark have solo space, but it is the somewhat forgotten Chaloff who rightfully is the main focus. (Scott Yanow AllMusic review)

As much as I’d like this 4CD box set from Mosaic Records, I could only reconstruct the playlists with digital downloads from other albums.(Sources left in mp3 tags). So this will have to do until “the real one comes along.”

Bob,
I have the real thing but it is only 192. I sold the boxset about 10 years ago so was probably on Windows 98. I kept copies but are hidden away in a corner behind boxes of CD's. Would you like it at 192 ?

Hi bluesjumper33. Thanks for your generous offer, but I am happy to keep my own compilation, especially after the work involved. Regards, Bob.

Thanks, Bob! I'm a big Serge Chaloff fan but don't have a bunch of this stuff. I greatly appreciate it. Any time you want to do a deep dive on Johnny Bothwell I'm here for it ;0)

Serge Chaloff, rare and cool. This compilation is appreciated, thanks for your work as a well rounded collector. Niche types as myself can find something to enjoy, boppinbob.