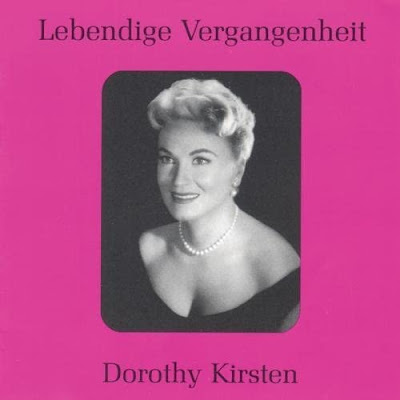 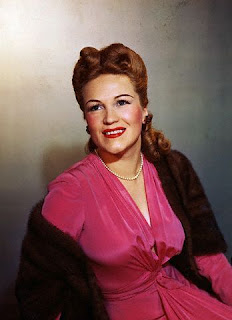 Like her fellow soprano Eileen Farrell, Kirsten started in radio and throughout her career, sang both popular music and opera, but Kirsten was also one of the glamour figures at the Met, following in the footsteps of such sopranos as Geraldine Farrar and Grace Moore, who became her mentor. Her voice was not the most distinctive or powerful instruments of the time, but by focusing on the roles that best suited her, including the light to medium Puccini heroines and her most famous role, Charpentier's Louise, she had a lengthy and distinguished career, though she rarely appeared outside the United States. 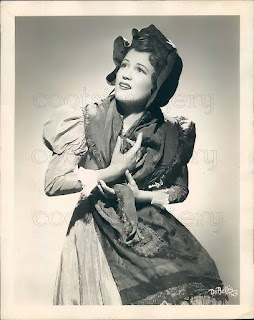 Dorothy was born in Montclair, New Jersey. Her mother was an organist and music teacher, her grandfather was a conductor, and her great-aunt, Catherine Hayes, was also an opera singer. She left high school at age 16 and worked for the Singer Corporation sewing machine company and for New Jersey Bell, studying voice in her spare time. Her teacher, Louis Darnay, eventually employed her as a secretary and maid. 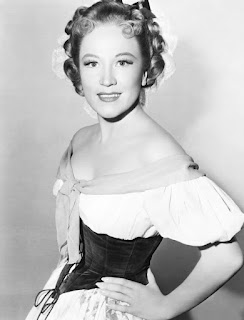 By the late 1930s she had an ongoing professional career as a radio singer on WINS, a member of the Kate Smith Chorus, and as a vocalist for pop orchestras. She mentored under Grace Moore from 1938, who had her study in Rome with Astolfo Pescia. Her time in Europe was cut short by the outbreak of World War II, and she returned in 1939, debuting at the New York World's Fair. Roles followed at the Chicago Opera Company (Manon, 1940), San Carlo Opera Company (1942), New York City Opera (1943), San Francisco Opera (1945), and New York Philharmonic (1945). Her radio program "Keepsakes" ran for a year in 1943–44. 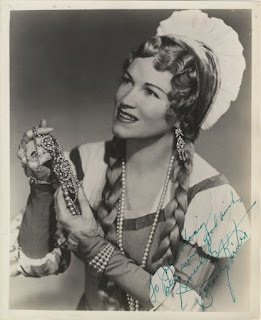 Kirsten joined the roster of principal sopranos at the Philadelphia La Scala Opera Company (PLSOC) in 1943 and spent much of her time performing there through 1947. She made her debut with the company in an out-of-town performance at the Syria Mosque in Pittsburgh on May 18, 1943 as Mimì in Giacomo Puccini's La bohème with Nino Martini as Rodolfo, Carlo Morelli as Marcello, and Armand Balendonck conducting

In the 1943–1944 PLSOC season at the Academy of Music she portrayed Mimì many times and sang Nedda in Pagliacci with Giovanni Martinelli as Canio. She also toured with the company to Detroit in October 1943, singing Mimì to Armand Tokatyan's Rodolfo. Kirsten opened the PLSOC's 1944–1945 season singing Micaëla in Georges Bizet's Carmen with Bruna Castagna in the title role. She also toured with company to Cleveland singing Mimì. 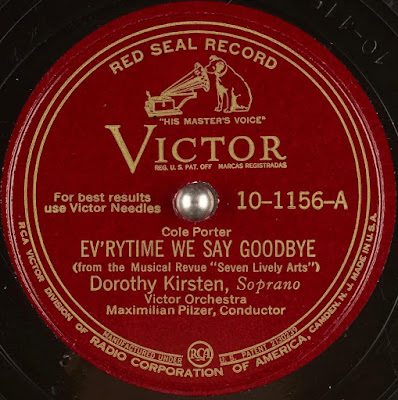 In February 1946 she traveled with PLSOC to Washington D.C. to perform Marguerite in Charles Gounod's Faust. In December 1949 she recorded Manon Lescaut with the world-renowned tenor Jussi Björling. Her final year performing with the PLSOC was the 1946–1947 season, portraying Cio-cio-san in Madama Butterfly and Juliette in Roméo et Juliette. 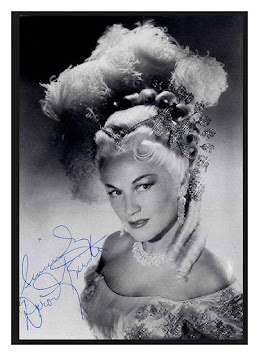 Kirsten debuted at the Metropolitan Opera with the role of Mimi in La bohème on December 1, 1945, and continued to sing with the Met for the next thirty years. While she performed primarily in the United States, she did perform in Europe at times, and gave performances in the USSR in 1962, singing Violetta in La traviata at the Bolshoi Opera. She sang in the American premieres of William Walton's Troilus and Cressida and Francis Poulenc's Dialogues of the Carmelites in San Francisco. Her last performance with the Met was on February 10, 1979 as the title role in Tosca. 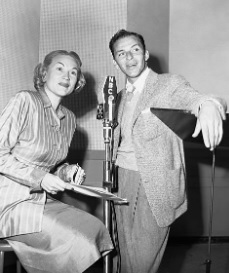 In addition to her operatic activities, she sang on radio with Frank Sinatra (co-starring with him in Light-Up Time), Bing Crosby, Nelson Eddy, Jack Benny, Gordon MacRae, and Perry Como. She also appeared in two films, Mr. Music (1950) and The Great Caruso (1951). In 1965, she appeared on the Firestone album series, Your Favourite Christmas Music, Volume 4, singing "I Wonder As I Wander" and "Joy to the World". 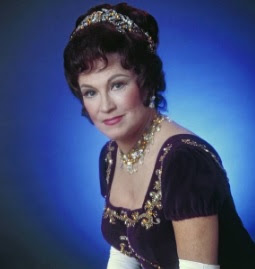 She published an autobiography, A Time to Sing in 1982. She was married three times. Her first marriage was to Edward MacKayes Oates, with a divorce in 1949; the second to Eugene Chapman in 1951, who died three years later; and the third to neurosurgeon Douglas French, who died in 1989.

She suffered a stroke on November 5, 1992, and died of complications on November 18, 1992 at the UCLA Medical Center, Los Angeles, California. She is interred at Forest Lawn Memorial Park in Glendale. The radiant singer, who brought sophisticated American charm and glamour to the musical world when many opera stars of the day were more pleasing to the ear than they were to the eye, was 82.

Her papers are currently housed at the Howard Gotlieb Archival Research Center at Boston University.

(Edited from Wikipedia & AllMusic) (Other source gives 7th as birthday)

This collection is of Kirsten's very finest recordings.

For those of you not in a classical mood here’s some Gershwin & Kern tunes taken from various sources which I acquired some time back but didn’t note the up-loader. So thanks to whomever you are! I also had two odd tracks in my database which I’ve added too as bonus tracks. There are probably more tracks out there on the web but my daily allotted time is nearly up.