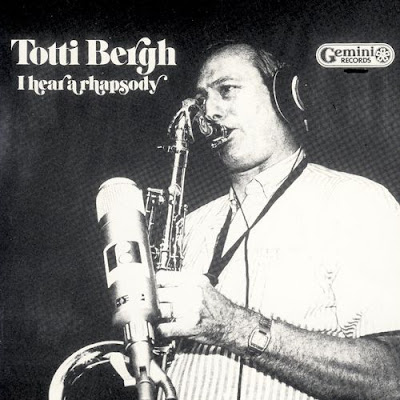 Theodor Christian Frølich Bergh known as Totti Bergh (5 December 1935 – 4 January 2012) was a Norwegian jazz musician (saxophone) and bandleader, the younger brother of the jazz journalist Johannes (Johs.) Bergh.  He was married to jazz singer Laila Dalseth. He was a master saxophonist whose home - base of Norway has never managed to release him on to a wider audience. 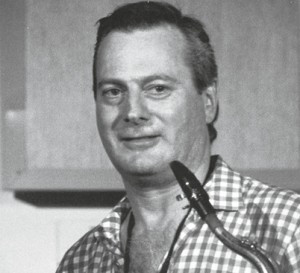 Bergh began to play clarinet, and picked up the saxophone in 1952. In 1956, he became a professional musician. He was a regular member of Kjell Karlsen Sextet for three years, in addition to collaborating sporadically with Rowland Greenberg and other musicians on the Norwegian jazz scene as it once provisioned live dance music of a good brand. He also made trips on the Norwegian America Ships with the ships' house orchestra on the voyage to New York. 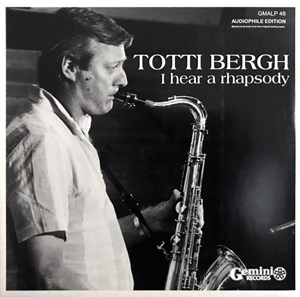 In 1960 he succeeded Harald Bergersen as tenor saxophonist in the Kjell Karlsen new big band. In the summer of 1961, the big band's new singer was Laila Dalseth, his wife to be. He also was in the line-up for the bands of Einar Schanke (1955–56) and Rowland Greenberg (1960–64, 1974–81). By 1962, with jazz gigs few and far between, he went into Industry working as a finance manager for a British Company’s Norwegian office. He continued to play jazz whenever possible.,  accompanying visiting British and American musicians. 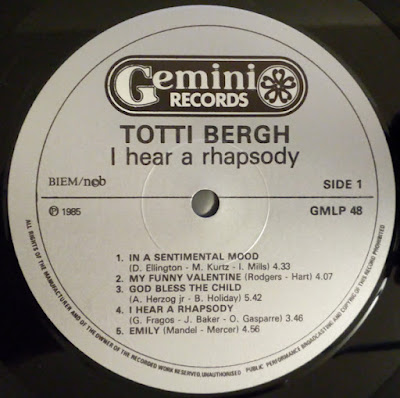 Here's "I Hear A Rhapsody" from above album.

Since 1966 he was a member of Per Borthen Swing Dept. Ltd. and participated in the band's festival jobs and recordings, he also had his own band 1973-74, was again a member of Rowland Greenberg's groups 1974-81, participated in the LP “We love Norway” with Swedish and Norwegian musicians in 1977 and since 1979 also played regularly with his wife Laila Dalseth (heard on the albums “Daydreams” from 1984 and “A woman's intuition” from 1995, played with her in “Norway “1988 and 91, Sacramento 1989 and Indonesia 1992. 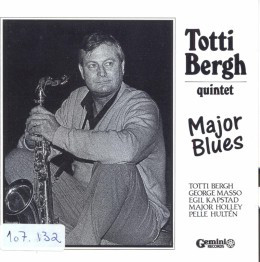 In 1990, Bergh again became a full-time professional musician. Alone and with Dalseth, he has toured Scandinavia, the USA and the Far East, playing clubs, concerts and festivals. Among artists with whom he has worked with are George Masso, Al Cohn, Louis Stewart and Plas Johnson. Bergh was a fine, sensitive interpreter of ballads, and a solid, straight-ahead swinger, Bergh’s playing deserved attention. His accompaniment to his wife’s singing was also exemplary. He played with a full, breathy sound, phrasing elegantly and with understanding.

In 1994 he was awarded the Gammleng Prize, the year after Oslo City's artist scholarship, in 1997 the Oslo Jazz Festival Prize - and finally in 1999 a long-deserved "Buddy" prize. He released several albums, and his music is reminiscent of the world-renowned tenorists Lester Young and Dexter Gordon. The most recent record recordings were with "Lars Erstrand at Gallery Astley" 2001, Laila Dalseth's CD "Everything I love" 2003, "Happy feet" with Christiania, "Takin 'off" with Per Borthen Swing Dept 2007 and "Rhythm Crazy" with Christiania in 2009.

Just before his death, Totti Bergh received the Asker Jazz Club's honorary award (2011) together with Laila Dalseth. He died 4 January 2012.

Scott was the soloist with Christiania 12 and took all the tenosax solos. Totti, a very modest man, refrained from taking any solos. During intermission, Gemini Records Bjørn Petersen, who filmed the complete concert, asked the two saxophonist to do a duet. This is the result, completely unrehearsed!